How Did Pablo Escobar Die

The recent Netflix hit series 'Narcos', starring Wagner Moura, has raised a lot of curiosity about one of the most macabre historical figures of the XXth century. Pablo Emilio Escobar Gaviria was the founder of the Medellin Cartel, a criminal organization that controlled up to 80% of the World's cocaine production. He was once one of the 100 richest men in the world according to Forbes magazine in 1987, a title that he kept up to 1993.

During the years in which he governed the the most important cartels in Colombia and the whole world, Escobar murdered more than 4.000 people, including politicians, judges, civilians and even members of his own cartel. He was responsible for atrocious acts such as a terrorist attack on an Avianca airlines plane in which 110 people died, the kidnapping of several journalists and several terrorist attacks with bombs around Colombia. But, how did Pablo Escobar die? What are the hypothesis surrounding his death? We tell you everything in this OneHowTo article.

You may also be interested in: Bruce Lee Cause of Death
Contents

The many criminal acitivites of Pablo Escobar

Pablo Escobar Gaviria started his criminal career in the world of contraband. Later on, he started getting involved in car stealing businesses in the city of Medellin and Marihuana trafficking to the United States. However, during the 70's his drug trafficking activities escalated to a higher level when he went from being a middle man who bough the cocaine paste in order to re-sell it to the USA to actually being the head of elaboration, traffic and distribution for the United states and the rest of the world.

With other important drug lords such as the Ochoa brothers, Carlos Lehder and Gonzalo Rodriguez Gacha, in 1981 he founded one of the most feared criminal organizations in Colombia: the Medellin cartel. These were the first steps of one of the most dangerous criminals of all times, hoarding a fortune of at least 7,000 million dollars only between 1981 and 1987.

As the head of the Medellin cartel, he managed to turn drug smuggling into a huge problem for the Colombian authorities. If you add this to his long list of murders, there is no question why he turned in Colombians number one public enemy. Escobar killed both civilians, public figures and members of other cartels as well as people in his own organization. Some of the most well-known figures he murdered were the Minister of Justice Rodrigo Lara Bonilla, murdered on the 30th April 1984 for publicly fighting against drug traffic, or the presidential candidate Luis Carlos Galán, murdered on the 18th August 1989.

The amount of violence became uncontrollable, which is why president Belisario Betancur's government decided to fight drug lords with their most feared and powerful weapon: the extradition of criminals to the United States, due to their implication in drug trafficking.

Escobar's response was strong:" I prefer to be in the grave in Colombia than a jail cell in the United States". This caused a war between the Medellin Cartel and the government. Members of the media, police, government's ex-ministers were murdered during this time in order to pressurize the Colombian government to cease persecution against them and get rid of extradition.

Finally, in 1991, the new Colombian constitution prohibited extradition to the United States. In exchange, Escobar gave himself in to the authorities on the 20th June that same year and was put into prison. However, this was no ordinary prison, but La Catedral, a building Pablo Escobar had built in his own premises.

Time in prison and escape

His time in La Catedral was as comfortable as a spa vacation. The exterior of this "prison" was guarded by the Colombian army that could not access the actual building. Among the Capo's requests, nobody could fly over La Catedral and his guards were actually members of his own gang dressed in military clothes.

Inside the prison, he went from being the drug's patron to someone who lived with his own partners, charging them enormous amounts of money so they could use his network and system he'd created and be under his protection. In La Catedral, alcohol, drugs, women and parties were a constant, but the situation got out of control when the media filtered the fact that Escobar had murdered two of his partners within his own prison, making their bodies disappear in the premises.

Carlos Gaviria's government ordered his transfer to a new penitentiary, which is why he planned to take La Catedral by surprise on the 21st July 1992. This is when the drug lord ordered the kidnapping of the vice-minister of justice Eduardo Mendoza within the jail while he and his gang calmly escaped on foot across the mountains in which La Catedral was built.

This was the beginning of his time as a fugitive from justice, which unknowingly marked his death sentence.

The death of Pablo Escobar

For 1 year and a bit more than 4 months, Escobar remained a fugitive from the authorities, time in which a real war begun in Colombia in order to incarcerate the several members of the Medellin Cartel as well as other criminal associations in the country. The emergence of the paramilitary group named Los Pepes, acronym for Perseguidos de Pablo Escobar (People persecuted by Pablo Escobar), a group founded by ex-members of the drug lord as well as the Cali cartel in order to take revenge on Escobar, thus increasing the amount of violence in the streets of Medellin and Bogotá, unleashing a tense violence climax that plunged Colombia in an important crisis.

The Search Block, which was formed by special members of the Nacional Colombian Police who had been trained by members of the USA Army. These were accompanied by the DEA and they were both in charge of capturing Escobar. During this time, the Patrón of the Medellin cartel was extremely cautious, constantly misleading authorities by placing satellite signals across town so the Search Block could not find him.

During his time as a fugitive, his biggest worry was the security of his wife and two children, to whom he was very close. He tried to negotiate his family's exit from the country with the government in order to protect them from los Pepes at all costs, which is why it is thought that he neglected his own safety. After months of intelligence work with the highest of technologies at that time, on the 1st December 1993, the day in which Pablo Escobar turned 44 years old, the Search Block managed to find him in a Medellín neighborhood thanks to the fact that they tracked 6 calls that the drug lord did to his son.

The next day, on the 2nd December 1993, the Colombian armed forces cornered Escobar at his hiding place in the center of Medellín. Once he saw himself trapped, he tried to escape through the room of the house, though a bullet hit his heart while he was escaping, which killed him instantly. The image of his lifeless body on the rooftop of his house went viral worldwide and ended the reign of one of the darkest and most controversial characters of Colombia's History.

Other hypothesis about his death

Though the ballistics analysis confirmed the fact that Escobar died from a shot to the heart, perpetrated by one of the members of the Search Block, since his murder there have been several theories that have appeared. They are the following:

If you want to read similar articles to How Did Pablo Escobar Die, we recommend you visit our Culture & Society category.

How Did Pablo Escobar Die 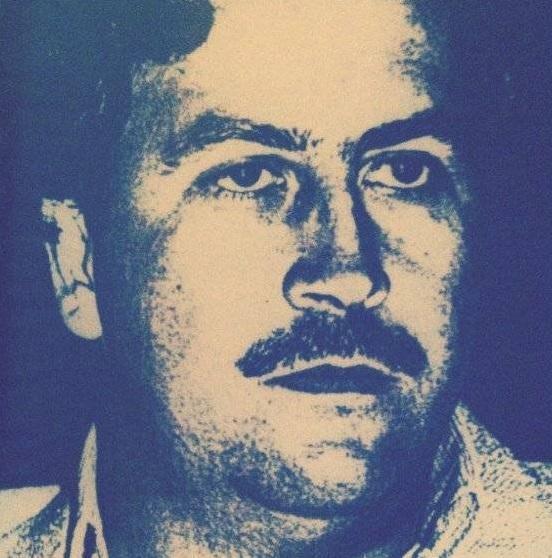 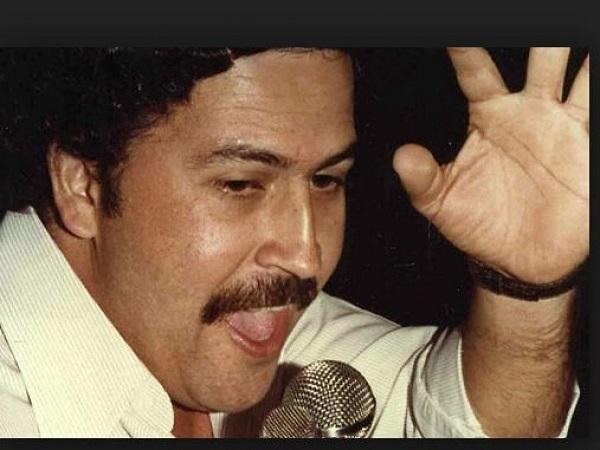 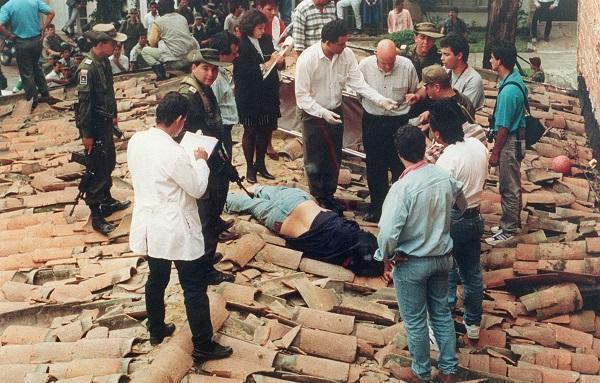 1 of 3
How Did Pablo Escobar Die
Back to top