The Difference between Paleolithic and Neolithic Art 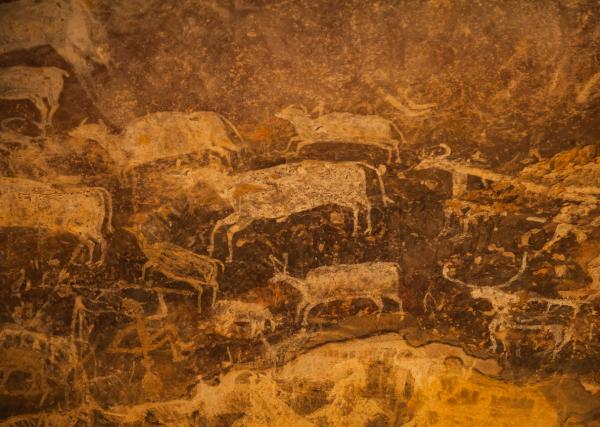 When studying History of Art, one cannot ignore some of the most primitive forms of art. We are talking about the first representations of pictures that were created during the Stone Age which used the most rudimentary of tools, styles and formats. Although we may just look at Stone Age art as cave paintings, there is a lot more that can tell the styles of different eras apart. This is why in this oneHOWTO article we're going to give you detailed information so you know the difference between Paleolithic and Neolithic art.

You may also be interested in: What Is the Difference Between Chiaroscuro and Tenebrism?
Contents

Placing the Paleolithic and the Neolithic in time

The first evidence of artistic purpose by the Homo Sapiens dates back 40,000 years ago, during the Upper Paleolithic era and is known as the beginning of ancient art, even though the archaeological site of the Blombos Cave, South Africa, shows ocher stones that were engraved for what is believed to be artistic purposes only.

Art in the Paleolithic era (2,000,000- 9,000 BC approx.) began among prehistorical cultures around the world, which were hunter-gatherer nomads that lived in tribes and lived in caves, outdoors or in small cabins made from branches or animal skin. This is why the first forms of art were cave paintings and portable art such as small figurines, beads and decorative work in utilitarian objects.

On the other hand, the Neolithic era (10,200- 4,500 BC approx.) is defined by the cease in the semi-nomadic lives of the homo-sapiens, which is why gathering food for the community and hunting turned into harvesting and herding of animals. Society started to create a certain hierarchy in a community, and the first forms of deities and beliefs arose. With the settling of the neolithic civilizations and the improvement of the tools used, Neolithic art is based on megalithic and monumental art as well as engravings of statues and other daily use crafts.

The dates when each Paleolithic era are not exact, as the transition from semi-nomadic life to a sedentary one did not happen during the same time in different parts of the world. Thus, the differences between Paleolithic and Neolithic art cannot be defined by years, but can be by the change in the way of life of a specific society.

One of the main differences between Paleolithic and Neolithic art is that the latter started building settlements, thus creating certain hierarchies, beliefs and deities that demanded for monumental artistic buildings. Thus, stone megalithic constructions in the form of shrines and tombs were created out of large stones. known as petroforms, as tombs or burial grounds. Another type of megalithic construction ere alignments, which are single upright stones, known as menhirs and stone circles, the most famous being Stonehenge. The first cruciform (in the shape of a cross), serpentiform (form of a serpent) and curvilinear (curved shape) creations were built during this era.

What did they depict

Now that you know about the different techniques used in Paleolithic and Neolithic art, let's take a look at what these two art forms depicted:

As explained above, the first artistic depictions were of rocks, stones and wood with natural forms. After hand stencils, Paleolithic art first to visually represented things they found in the natural environment. Hunting scenes were frequent, and it is though the paintings were made as part of a ritual so that hunting was fruitful. Thus, subjects showed animals that were hunted such as the following:

They also represented the predators that were a menace to them and other animals in their environment:

Humans were not commonly represented. One of the only examples is found in Australia's Bradshaw rock, where cave paintings depict men with anatomically proportionate bodies. Another example is the 'Pin Hole man'. On the other hand, fertility symbols were depicted, especially in figurines, due to the fact that human reproduction was one of the determining factors of the society's survival. These representations of obese females were sculpted to celebrate what was then the mystery of birth and procreation.

During the neolithic era, the human figure became more important in their art, which often paints scenes with groups of people hunting, farming or dancing. Figures in these paintings were very schematic. The first large-scaled human figures were created, which even featured painted eyes on them and had detail in their faces only rather than the rest of the bodies (apart from bellies and breasts in the case of female depictions). Apart from the geometrical figures that had the only purpose of giving extra beauty to everyday objects, one of the other purposes of Neolithic art was purely functional. Megalithic architecture had a theological purpose. With the first deities and beliefs among communities, religious beliefs drove communities to pay homage and celebrate these deities and the dead. For example, in Egypt, Neolithic art is testimony to the very first Egyptian pyramids (predynastic period).

Now, let's take a look at the tools and materials used to create art, as these influenced Paleolithic and Neolithic art creations highly:

Paleolithic art used very rudimentary tools. Flint tools were used to carve stones as well as sharp bones, ivory and antlers to sculpt into limestone, sandstone and wood. Hand-printing and stencils were believed to have been made with a rudimentary form of blow, paint. Materials used were basically mud, ocher, granite quartzite and serpentine to draw and create colors. Figurines were also made with terracotta and clay.

As the neolithic Homo sapiens acquired new craft abilities to serve their sedentary lifestyle, they learned to model and bake clay (figurines). They also used several forms of pigment for decoration.

Plaster was used for modeling figurines as well as to preserve skulls. Mud brick used to build their homes was also used for artistic purposes too. Terracotta pottery developed highly during this era, with specialized potters appearing that learned how to glaze their creations.

Megalithic construction showed the ability of these people to quarry stones and transport them without the use of the wheel. Instead, they used felled trees and earthen mounds to move these big stones. The building of mounds was generally done by alternating layers of earth and stones and covering them with growing grass and flat stones.

Most famous works of Paleolithic and Neolithic art

Now you know everything about the difference between Paleolithic and Neolithic art, let's check out some of the most famous examples of each time:

Ok, now let's have a quick recap and check out the key characteristics of Paleolithic and Neolithic art:

For more art lessons, oneHOWTO offers several more articles, such as the characteristics of Baroque art or Renaissance art.

If you want to read similar articles to The Difference between Paleolithic and Neolithic Art, we recommend you visit our Learning category.

What is the Difference Between a Violin and a Viola
What is the Difference Between a Band and an Orchestra
What are the Characteristics of Baroque Art?
What are the Seven Forms of Fine Arts
Most read
1.
What Does it Mean when you Dream your Partner Leaves you?
2.
Dreaming About an Ex and Their New Partner
3.
How To Deal With A Scorpio Man Ignoring You
4.
How To Know Your Zodiac Sign
5.
How to Deal with an Angry Virgo
6.
How to Deal with an Angry Scorpio
7.
Signs A Virgo Woman Is Falling For You
8.
What Does It Mean If You Dream About Someone Being Sick?

The Difference between Paleolithic and Neolithic Art 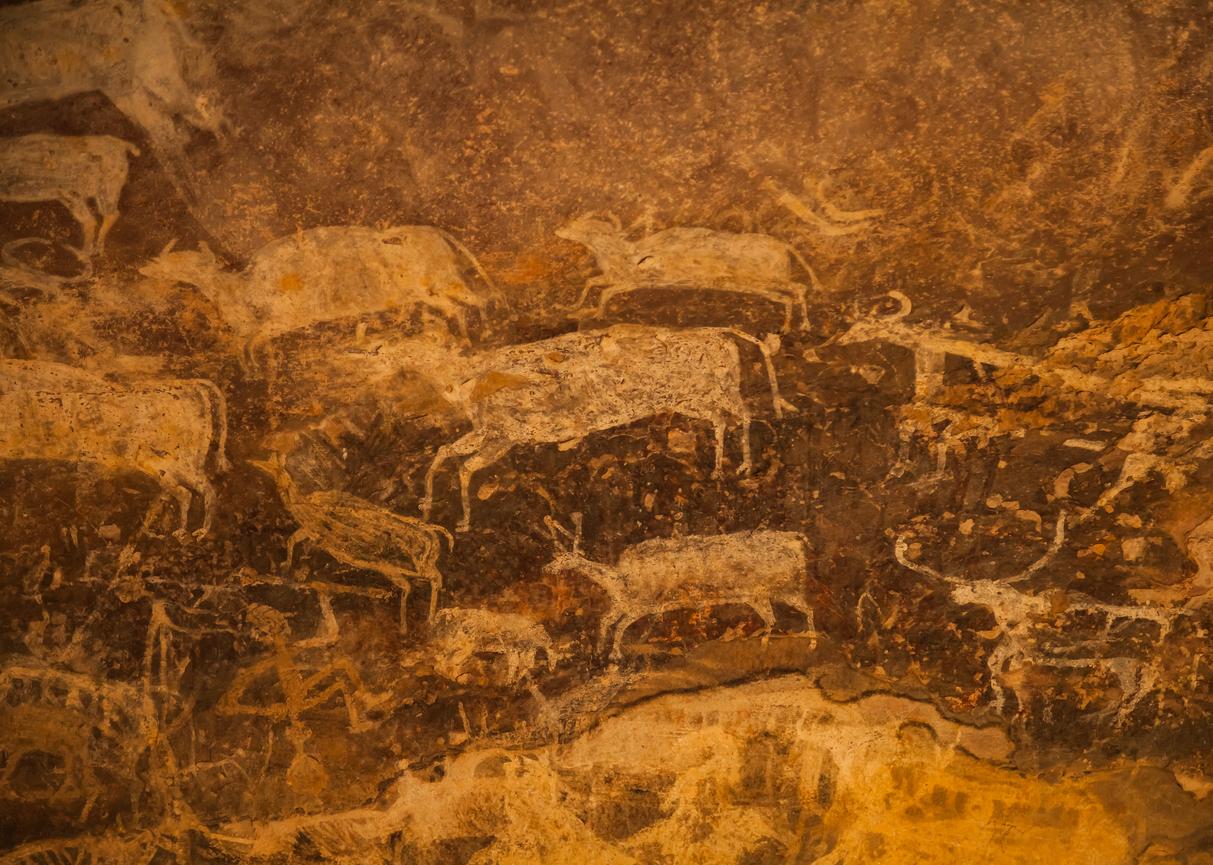 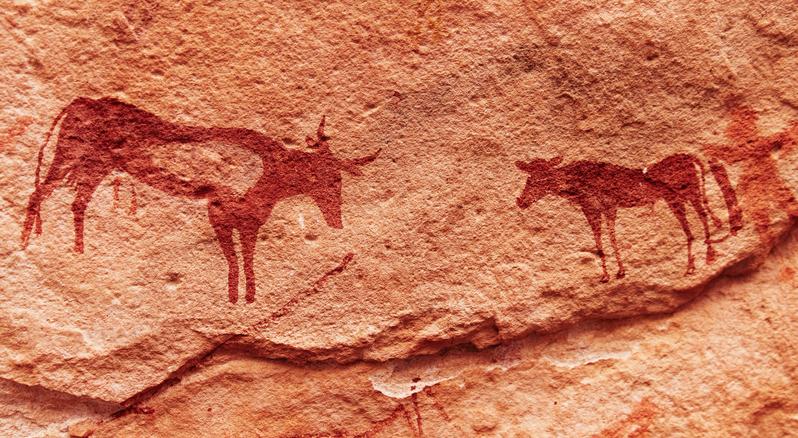 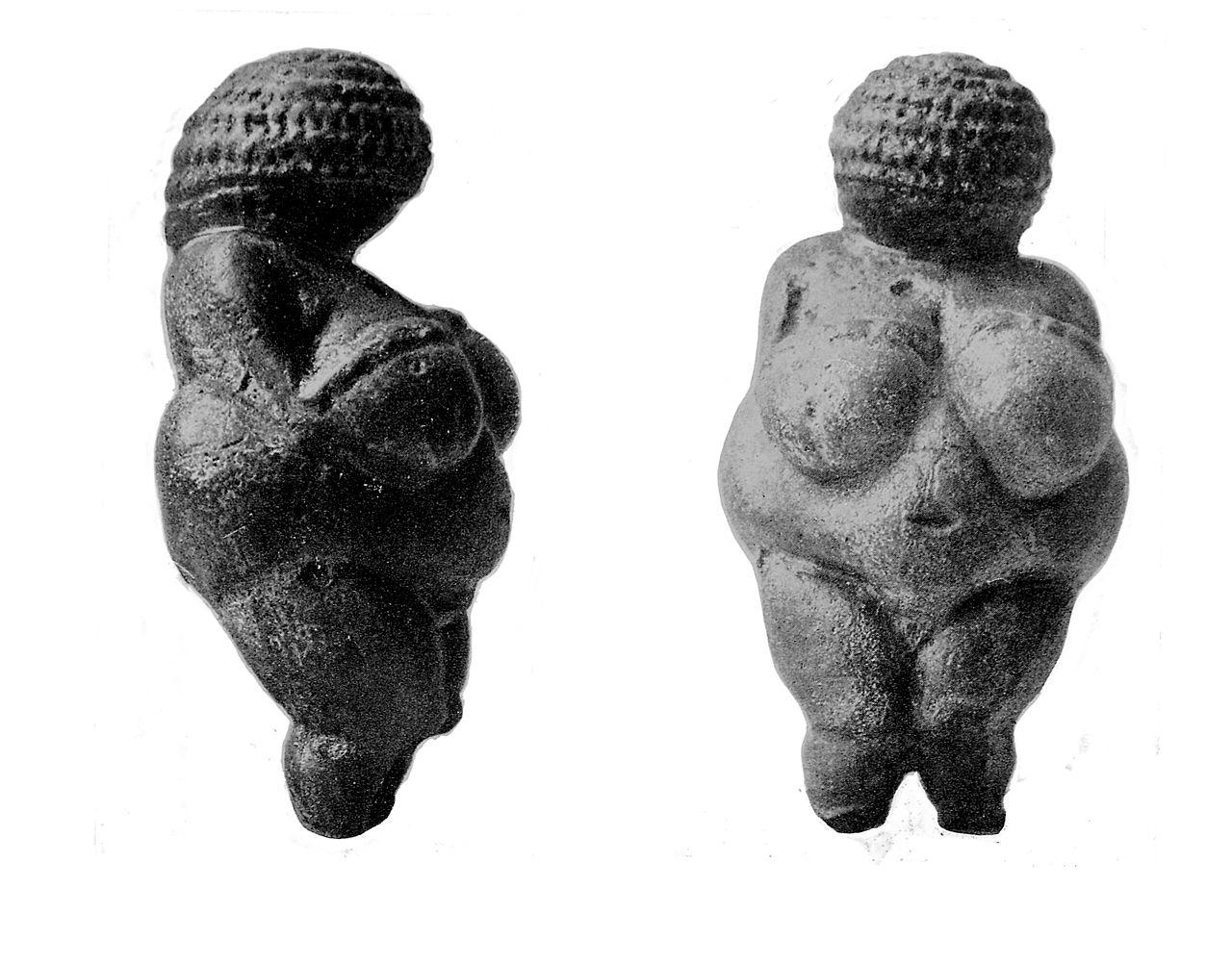 Image: wikimedia.commons
1 of 4
The Difference between Paleolithic and Neolithic Art
Back to top