How to Identify the Stressed Syllable in Spanish

When learning Spanish, being able to detect a stressed syllable will enable us to correctly pronounce words and learn how to write without spelling mistakes. This syllable is also related to accentuation because, depending on whether it is acute, paroxytone or proparoxytone - that is, depending on what part of the word the stress falls on - the rules of Spanish orthography may require a diacritical mark for correct language use.

In this OneHowTo article we explain how to identify the stressed syllable in Spanish so you can better understand this language and avoid spelling mistakes when writing.

You may also be interested in: How to Use Question Marks in Spanish
Contents

To identify the stressed syllable it is essential to understand the concept of syllable stress. A stressed syllable is that one that is pronounced harder and louder. It is the one that carries the orthographic and phonetic accent, with or without a diacritical mark.

A diacritic is a glyph added to a letter to signal that it should be pronounced stronger than the rest. In Spanish, diacritic markers are a diagonal line on top of a vowel, like this: á.

A word can only contain one stressed syllable which can be marked by the diacritic according a set of rules. Without this distinction it would be very difficult to communicate, as everyone would pronounce words in a different way and therefore we would not understand the meaning correctly.

How to identify the stressed syllable: Exercise

But how can you identify the stressed syllable in Spanish? There is a very simple trick that can help you determine where the accent goes in a word.

Choose a word and listen to how a native speaker pronounces it. Here as an example we will use the word 'pizarra', which means blackboard. It is a word that does not contain a diacritical mark and so it will be harder to establish where the accent, or stressed syllable, goes.

Once we have the word, we will proceed by separating the syllables: /pi-za-rra/. Now that we have separated the syllables, let's mark the strength of the pronunciation of each syllable to see which sounds best will be the stressed syllable. For example:

How to use the diacritical mark in Spanish

In Spanish there are three types of words depending on where the stressed syllable is:

These are words that have the stressed syllable on the very last syllable. These words are accentuated graphically, that is, they have a diacritical mark, when they end in:

Therefore 'corazón' (heart) is accentuated because it is acute and ends in /n/ but another acute word such as 'caminar' is not marked because it ends in /r/ and according to the rules it does not require a diacritical mark.

They are the ones that have the stress on the penultimate syllable of the word. They are NOT accentuated when they end in:

That is, the precise opposite of acute words. As an example, the word 'ventana' (window) has the accent in 'ta', the penultimate syllable, but it does not carry diacritical mark because it ends with a vowel. However, a word like 'lápiz' (pencil) does have a mark because it does not end with any of the terminations we have listed and its stressed syllable is 'la', the second to last one.

They are the ones with the stress on the third to last syllable of the word. In this case it is very easy because you always mark these accents.

For example, 'brújula' (compass) takes the diacritic because the penultimate syllable is the strongest and this is always marked. The same applies to 'lágrima' (tear); the stressed syllable is the third to last and carries an accent.

If you want to read similar articles to How to Identify the Stressed Syllable in Spanish, we recommend you visit our Learning category.

How To Write A Limerick
How To Write A Sonnet
What Are The Main Figures Of Speech In Poetry
How to Write a Report in English
Most read
1.
What Does it Mean when you Dream your Partner Leaves you?
2.
How To Know Your Zodiac Sign
3.
How to Deal with an Angry Scorpio
4.
How to Deal with an Angry Virgo
5.
What Does Dreaming About Pigeons Mean?
6.
What does Showing Two Fingers Mean
7.
Dreaming About an Ex and Their New Partner
8.
What Are the Meanings of Dreaming of Water

How to Identify the Stressed Syllable in Spanish 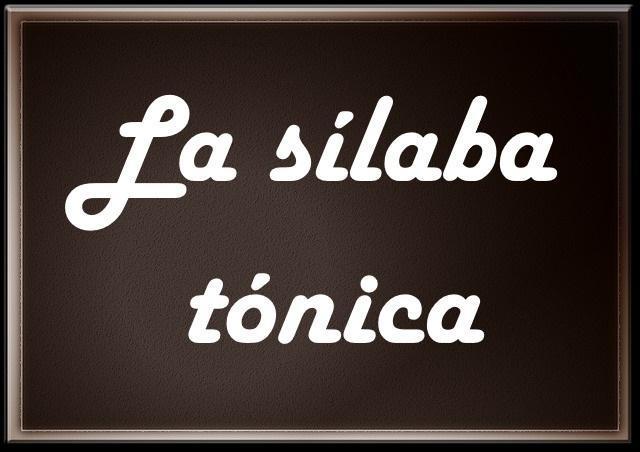 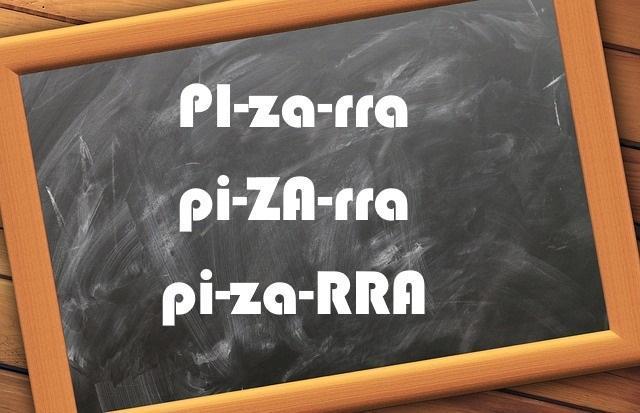