The most Important Movements in Cinema History

Since the invention of film, people have been fascinated when it has come to playing with moving image, as the options that cinema offers are as varied as your imagination takes you. Right from the start, Méliès used cinema to create fascinating imaginary worlds full of illusion, whilst the Lumière brothers preferred to record amazing real-life scenes that would astonish the crowds.

Throughout the short-lived history of cinema, directors and artists have used this art to create their own visual language that would have their own characteristics, forming movements that have influenced cinema in one way or another. If you're passionate about the seventh art, take a look at this OneHowTo article and learn about the most important movements in Cinema History.

You may also be interested in: What Makes a Classical Hollywood Film
Contents

Before the invention of the cinematographer as we know it, many inventions that gave life to still images were created, and were used as a form of illusion and entertainment in fairs, many people saw them as magical and ghostly experiences. Cinema as we know it came by the hand of the Lumière Brothers, who screened images of real-life action such as their first work Workers Leaving the Lumière Factory. Though at first, people attending the cinema were fascinated by seeing movement on a big screen, it was Méliès that added fiction into this new art. The French director added narrative to images, creating imaginary worlds and depicting many classic stories in film.

These two ways of working with a camera made directors worldwide start experimenting and, amid the great rise of Avant-garde culture, creators started applying artistic traits to cinema. Let's take a look at the most important movements in that era:

This movement originated in the 1920s in the Soviet Union. It is characterized mostly by the montage of their films, which juxtaposed images to create meaning, as this was, according to this movement, the only way of discerning between cinema and real life narrative. Therefore, directors such as Sergei Eisenstein narrated stories in which the editing of the film had great importance to the story. The films were also used by the Soviet Union to instruct the working class of the time.

French filmmakers applied the rules of Impressionism in art to cinema by using light and shadow to depict signification in the film's narrative during the 20s. This movement also played with non-linear narrative and played with different points of view. Jean Renoir and Jean Epstein are two of its most important figures.

Inspired by realism and naturalism literature and authors such as Èmile Zola and Tolstoy, French filmmakers such as Renoir were also attracted by the idea of recreating characters present in that era's society with a very stylized imagery. Due to the political time of this movement, films depicted marginal characters that fought for their last chance at love.

After World War I, Europe lived in a somber state of mind. This is why German filmmakers followed the Expressionist movement to capture the fractured society in which they lived by giving great importance to the scenery and art, creating images full of sharp angles, distorted figures and strange shapes. Fritz Lang is this movement's most prolific filmmaker, director of Metropolis.

Though it was not a movement that could be pinpointed at a certain film school or era, it is true that during the Avant-guarde years, many filmmakers embraced this artistic movement to create films that could transport their dreams, nightmares and surrealistic imagery on camera, which didn't necessarily have a storyline. The highlight of this movement is the collaboration between artist Salvador Dalí and filmmaker Luís Buñuel and their famous film Un chien Andalou.

Due to the fact that the United States did not suffer WWI directly, the film industry was much more different in the United States and had a big opportunity to thrive. Know as Classical Hollywood cinema, filmmakers created the classical narrative that set norms which filmmakers had to follow. These included:

These rules where not only applied during the silent film era, but were also applied once cinema acquired sound. These rules were applied by the new born industry of Hollywood, which grew to be the biggest in the world at the time by creating the studio system, which moved millions of dollars.

Though it is not a movement in itself, Classical Hollywood cinema brought a general norm to cinema, therefore all movements created after this era aimed to break the established rules created by this industry. You can learn more on the subject by reading our article on Classical Hollywood Films.

After World War II, the European film industry was greatly affected and took a while to get back on track though, after the rise of Hollywood cinema, filmmakers aimed to create their own language and vision of cinema.

The bombing of Cinecittà (the most important Italian film studio) made filmmakers such as Roberto Rosellini and Visconti move out of the studios to film in real life locations, using non-professional actors and minimum technical resources.

Maybe because this movement started later on after the war (1959), the Nouvelle Vague movement experimented with a more lively point of view, though their main credo was to break all of the classical rules. Resnais, Godard, Truffaut and Demy, broke the linear narratives and left room for improvisation when filming, giving less importance to the script.

Following the steps of the Nouvelle Vague, Free cinema was a movement started in 1956 which wanted to break the rules established until then. The main aim of this movement was to create documentaries that totally opposed those created for propaganda during WWII.

This movement was the influence for the British new wave, who aimed to challenge the status-quo of the time and were more interested in social themes than their French counterparts.

One of the countries that was most affected by WWII was Poland. However, this did not stop the Lodz Film School from becoming one of the most prestigious in Europe during the 50s. Influenced by neo-realism, the school brought filmmakers such as Andrej Wadja and Roman Polanski to depict the consequences and horrors of the war they'd just lived.

After WWII, Spain continued under the repressive dictatorship of General Franco, who imposed heavy censorship to the film industry. However, following the Nouvelle Vague and pop art, a group of Catalan filmmakers fought to skip the censorship in the 60s, as filmmakers such as Luis García Berlanga had done a decade before them; by creating independent and experimental films that opposed the mainstream folkloric Spanish cinema. Fata Morgana by Vicente Aranda is its most famous title.

The downfall of the film studio system and the arrival of European filmmakers who had fled WII brought new light to Hollywood, allowing filmmakers to transgress classic Hollywood rules, imitating their European peers.

This is the name given to filmmakers who defied the so-called studio system and understood cinema as an art of its own, without any other influence apart from Movies themselves. Directors such as Francis Ford Coppola, Steven Spielberg and Martin Scorsese, did not break the rules of classic Hollywood but gave a broader view of the art behind cinema and opened the horizon of themes to a world of violence, drugs and sex.

An alternative to the more mainstream Hollywood, Direct cinema was influenced by European movements, giving light to social themes through a sense of reality.

Sub-culture in cinema (70's to present)

Though new wave movements slowly faded or entered a more alternative circle whilst Hollywood rose once more, there were several filmmakers who still transgressed to find new narratives and enrich the language of cinema and are still continuing to do so right until this very day.

Though there are some examples in the 50's and 60's, Cinéma vérité was greatly popular in the 70s among experimental filmmakers. It is a documentary movement that intended to capture reality on camera. Good examples are Gimme Shelter by the Maysles Brothers, which followed the Rolling Stones on tour.

The German new wave came a bit later than the rest of its European counterparts, as it didn't appear until the late sixties and lasted until the 80's. Werner Herzog, Wim Wenders and Rainer Werner Fassbinder produced low-budget films that opposed the current German film industry in favor of a more artistic and independent vision of cinema.

Starting at the very end of the 60s and crawling right up to the last decade of the XXth century, L.A Rebellion was a movement based in California's UCLA and created by African-American filmmakers that wanted to acknowledge the presence of black film directors and defy classical Hollywood cinema.

France grew out of the Nouvelle Vague, but the 80s brought a new generation of filmmakers such as Luc Besson, Leos Carax and Beieix, who were influenced by the Movie Brats generation but gave it a more stylistic and alternative twist. Films such as Nikita, Les Amants du Pont-neuf, depicted a more punk and underground society.

This movement founded by Lars Von Trier among others, is one of the only ones that actually has a manifesto that should be followed in order for a film to be considered Dogme 95. Started in 1995, these filmmakers wanted to clean cinema and find its purest expression by following nine rules such as the use of real location and sound, the prohibition to filter, optical or technical works apart from the camera and the fact that the director should not be credited.

The most recent movement comes from the United States and was started in 2002 and is an independent movement characterized by a naturalist point of view that describes stories that enhance the aesthetics of the film. Among the most well-know films are Frances Ha by Noah Baumbach and Funny Ha Ha by Andew Bujalski.

If you want to read similar articles to The most Important Movements in Cinema History, we recommend you visit our University degrees category.

What Is the Difference Between Realism and Naturalism in Literature
What Are the 5 Best Filipino Romantic Comedy Movies
Who is Aristotle and What Did He Do?
How Are States Represented in the House of Representatives
Most read
1.
What Does it Mean when you Dream your Partner Leaves you?
2.
How To Know Your Zodiac Sign
3.
How to Deal with an Angry Scorpio
4.
How to Deal with an Angry Virgo
5.
What Does Dreaming About Pigeons Mean?
6.
What does Showing Two Fingers Mean
7.
Dreaming About an Ex and Their New Partner
8.
What Are the Meanings of Dreaming of Water

The most Important Movements in Cinema History 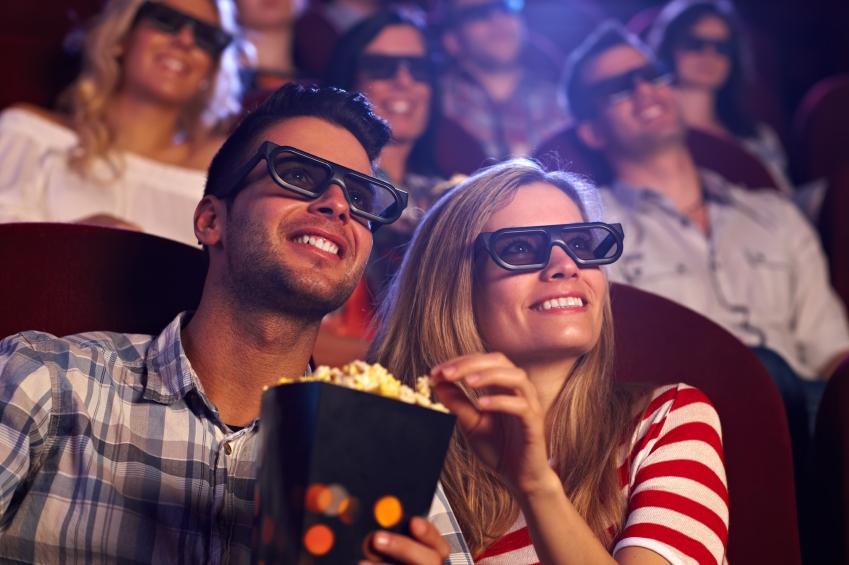 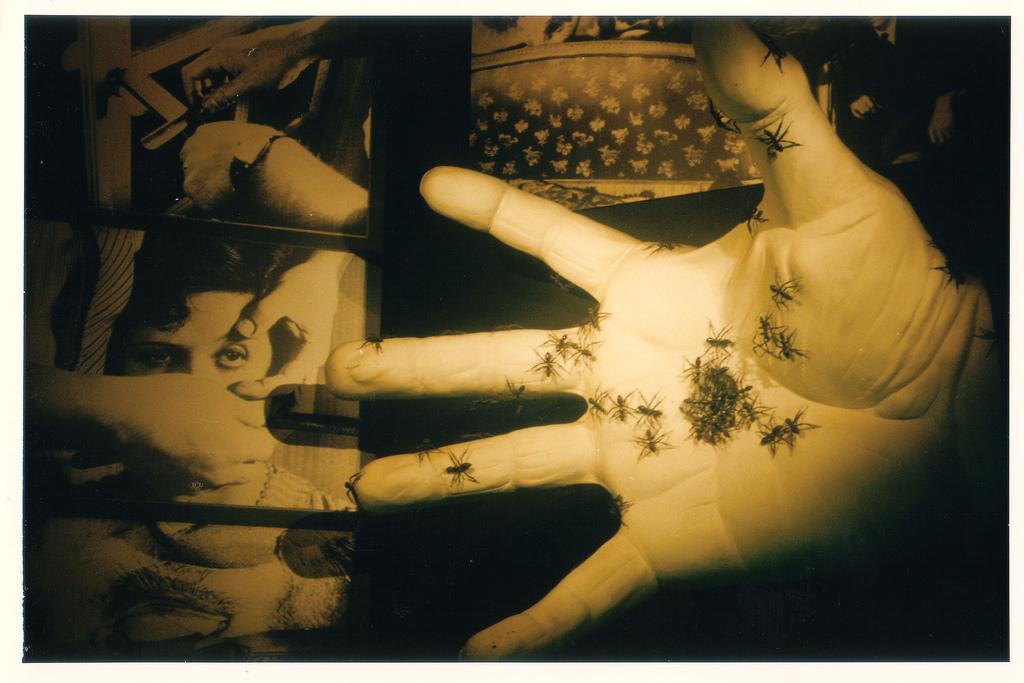 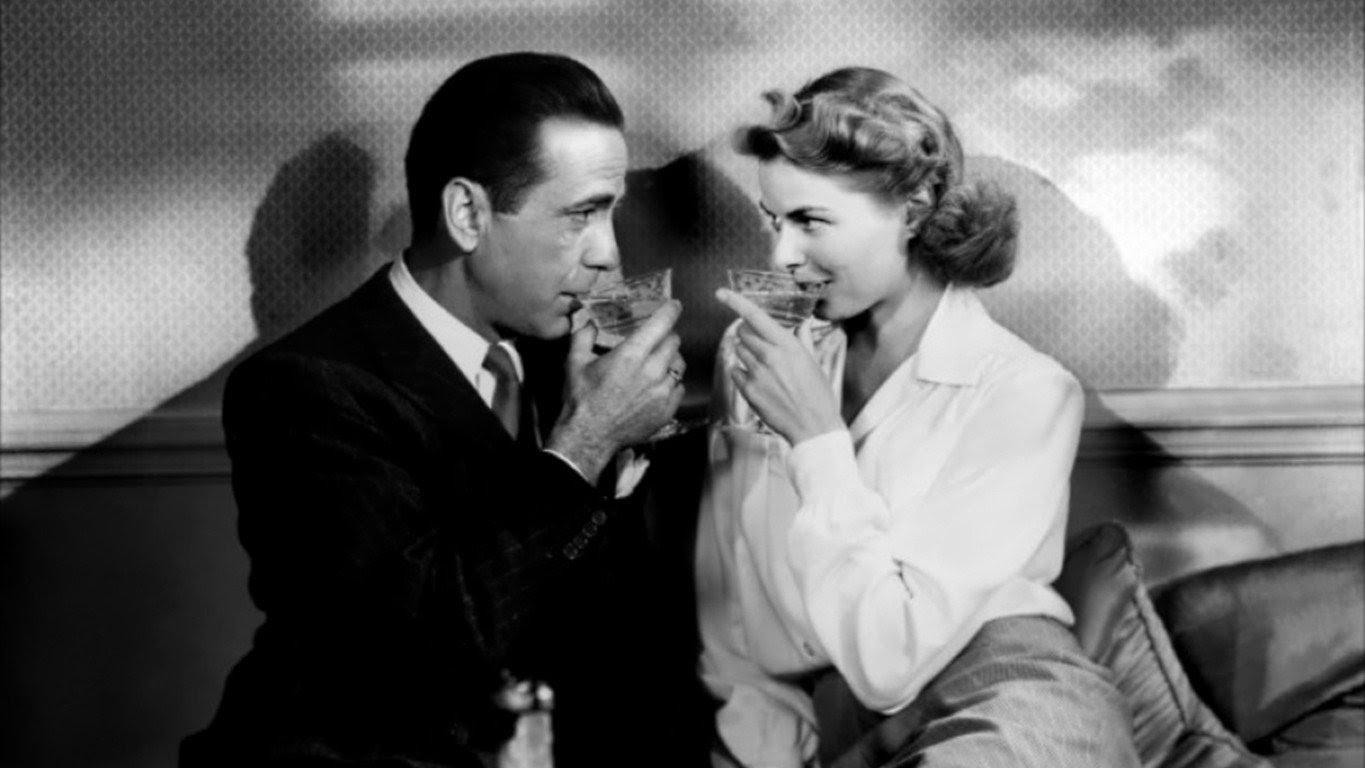 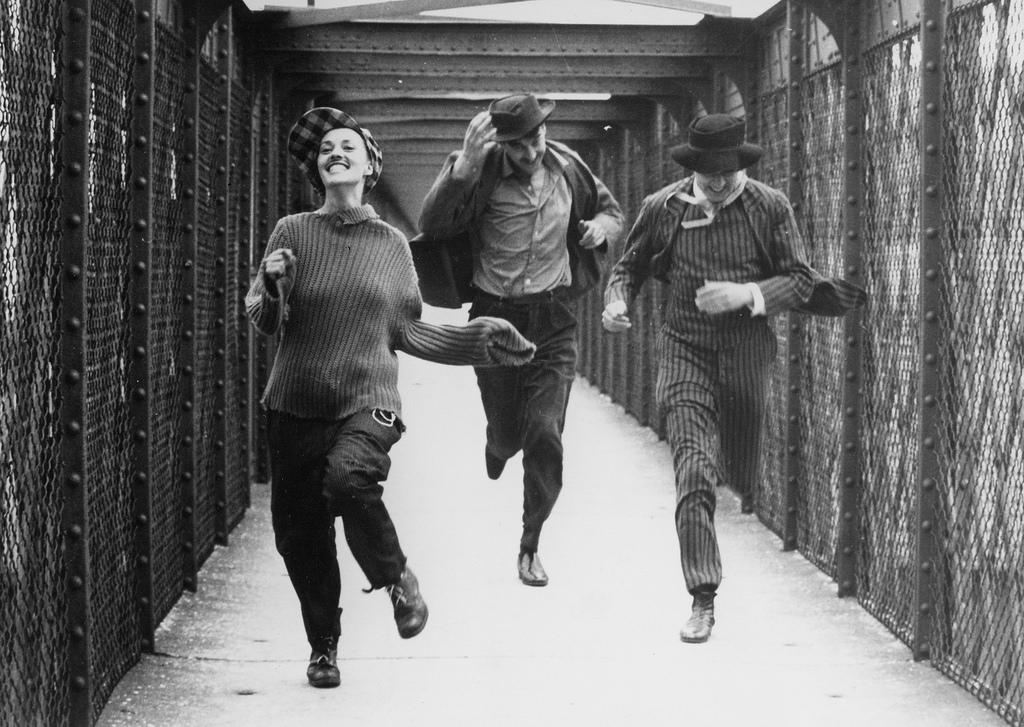 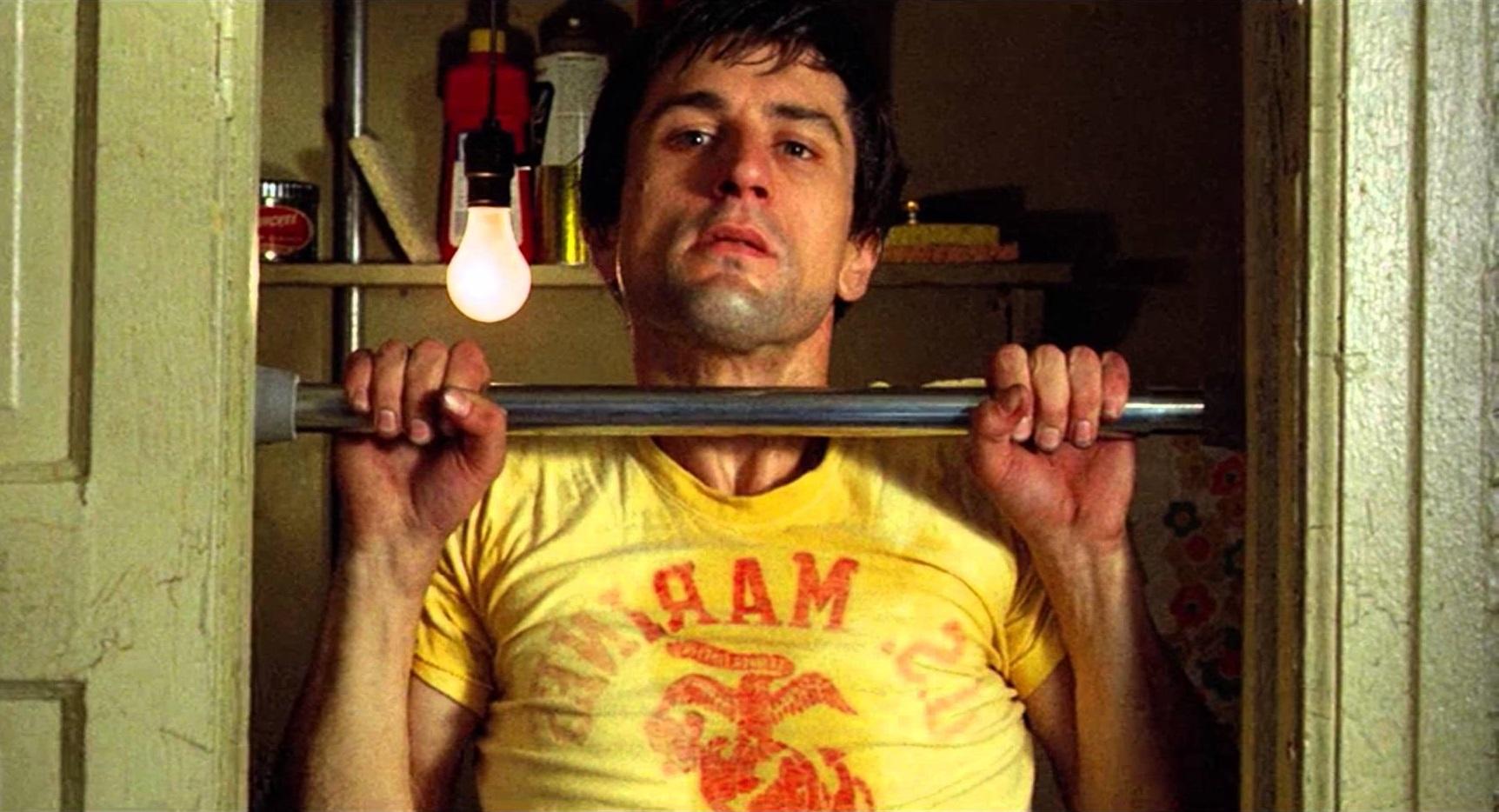 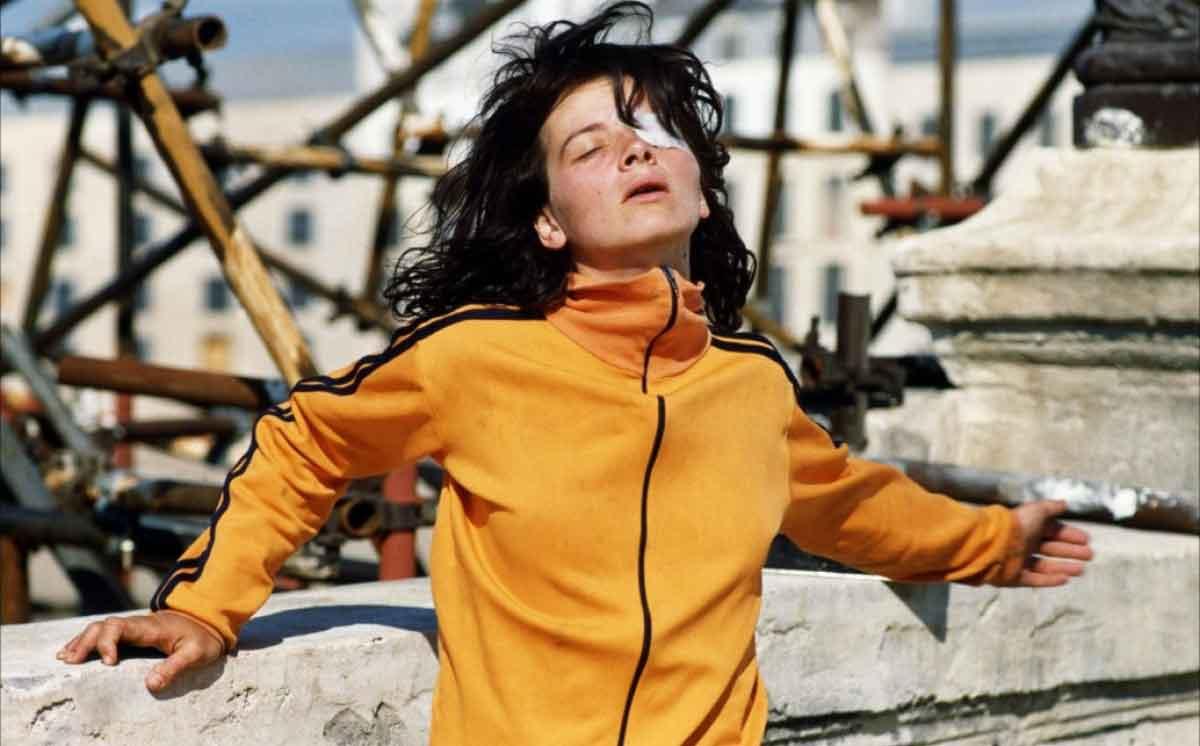 Image: flimforum.org
1 of 6
The most Important Movements in Cinema History
Back to top