What are the Characteristics of Young Adult Literature? 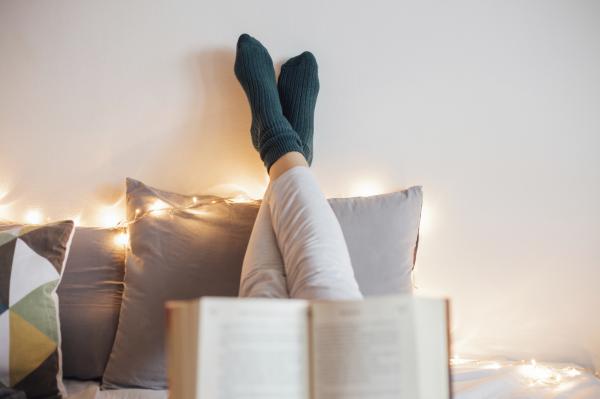 You only need to take a look around a bookstore, culture-oriented blogs or bestseller lists to find the label "YA literature". If you're wondering what does YA mean, the short version is Young Adult Literature: fiction written about, published or produced for and marketed at people from 12 to 18.

While young adults have always been readers, literature began to be marketed directly to them in the mid 20th Century. Young Adult literature, then, refers to a fairly recent demographic and a market strategy, not to a genre, and its definition will change over time. Stay with us at OneHowTo to take a deeper look at what are the characteristics of Young Adult fiction.

You may also be interested in: What Is the Difference Between Realism and Naturalism in Literature
Contents

What is a "Young Adult"?

Young Adult literature is usually used to refer to fiction aimed at teenagers, that is, people from 12 to 18. However, the label has grown to include what is called "Middle Grade Literature", aimed at older children from 9 to 12, and "New Adult Literature", aimed at young adults from 18 to 30. These labels, though, are not stable boundaries.

In order to see what category of Young Adult literature a book falls into, you can take a look at the protagonist's age, which often reflects that of the target audience. The style and tone of the writing ideally also matches the audience: Young Adult literature is usually fast-paced and heavier in dialogue than in description.

In realistic Young Adult literature, the language in dialogue tends to reflect teenager slang. However, publishers are sometimes wary of swearing, or the author might be a bit out of touch with the times.

It must be taken into account, though, that adults make up a big portion of the actual audience of Young Adult fiction - even more than a half.

Young Adult fiction is usually written by adult writers, although the 1967 classic The Outsiders, for example, was published when the author S. E. Hinton was only 18. However, YA authors usually engage with the readers by reflecting worries and experiences typical of teenagers. There are more women than men writing Young Adult literature, and this matches research showing that girls tend to read for enjoyment more than boys.

Young Adult books become popular when the concerns of teenagers are addressed without talking down to them - the narrator must not sound like a condescending figure of authority. An engaging narrator that manages to connect with the audience - knowing the slang is not necessarily a requirement - and offer them a story they can identify with and care about is the biggest sign of a successful Young Adult novel.

Over time, adaptations and the establishment of Young Adult literature awards has created a Young Adult fiction canon - that is, a list of classics that are studied in academia and part of the school curriculum. Some of the most famous books in the YA canon, like J. D. Salinger's The Catcher in the Rye, were not actually meant or originally marketed as Young Adult, which proves that categories and labels like "Young Adult fiction" are not stable.

What is Young Adult literature about?

While YA fiction is directly related to teenager's interests, this does not mean that they have to reflect them literally. Family troubles, relationships or peer pressure are not necessarily represented in high school settings, for instance.

There have always been coming-of-age narratives, in which a young adult is initiated into adulthood through a ritual-like experience, entering a new context (like a new school) or by facing a challenge and navigating it alone for the first time - think Jane Eyre becoming a governess and facing the reality of the world in Charlotte Brontë's novel.

Young Adult literature often deals with the development of sexuality; LGBTQ YA fiction has boomed in recent years, no longer representing non-heterosexual identities as a struggle to be overcome. Other complex issues of identity, such as class, religion, or race, are also found in YA literature.

In past decades, most people thought of realistic fiction set in contemporary times when they encountered the label "for young adults". However, since the boom of J. K. Rowling's Harry Potter and the success of the franchises around Stephenie Meyer's Twilight or Suzanne Collins' The Hunger Games, it is clear that most recent Young Adult novels are crossovers between different genres. Popular choices include fantasy and adventure, science fiction, dystopia or paranormal romance.

If we can't find a single representative genre for Young Adult literature, then, we can say that YA fiction is about young adults themselves - the readers and the characters. In fact, most Young Adult novels are written in the first or close third person narrator.

Taking into account the big role played by social network sites and technology in teenagers' lives, and how proficient they are at using them, it's easy to understand how new marketing strategies have developed.

Young Adult literature is published in traditional paperbacks, hardbacks and audiobooks, using editorial tools such as readability calculators and critics' blurbs on the covers - in fact, the blurbs are often by other authors of the same genre. However, the market has thrived with the development of ebooks, which make reading YA more accessible.

The world of Young Adult fiction has grown in recent years; new prestigious awards have been created and thematic conventions with panels by authors, critics and fans are booming. The success of movie and television adaptations have made publishing YA literature a very lucrative option for editors, and the fame of some authors has grown.

With the development of social networking platforms, communication between Young Adult readers, publishers and authors is flowing in all directions. Young readers and fans are now more influential than ever before, starting their own blogs, creating fan works and engaging directly with authors through different platforms. Some Young Adult fiction writers like John Green have huge social media presences, and it is very usual for authors to have a public blog in which they talk about their own writing process.

If you want to read similar articles to What are the Characteristics of Young Adult Literature?, we recommend you visit our University degrees category.

What Are the 5 Best Filipino Romantic Comedy Movies
How Are States Represented in the House of Representatives
The most Important Movements in Cinema History
What do the Illiad and Mahabharata Have in Common?
Most read
1.
What Does it Mean when you Dream your Partner Leaves you?
2.
How To Know Your Zodiac Sign
3.
How To Deal With A Scorpio Man Ignoring You
4.
How to Deal with an Angry Scorpio
5.
Signs A Virgo Woman Is Falling For You
6.
How to Deal with an Angry Virgo
7.
The Atlantic Triangular Trade: Everything you Need to Know
8.
Dreaming About an Ex and Their New Partner 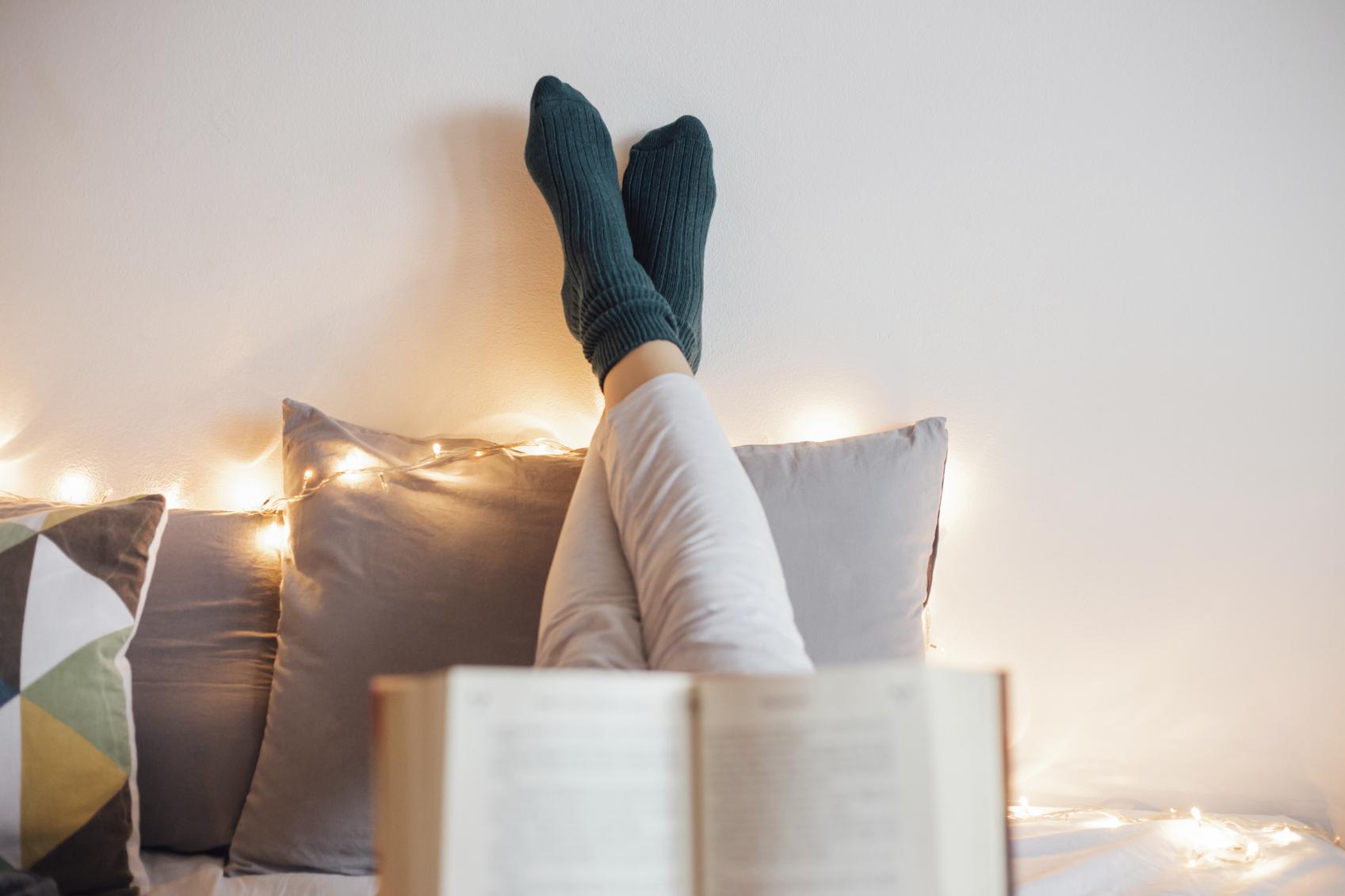 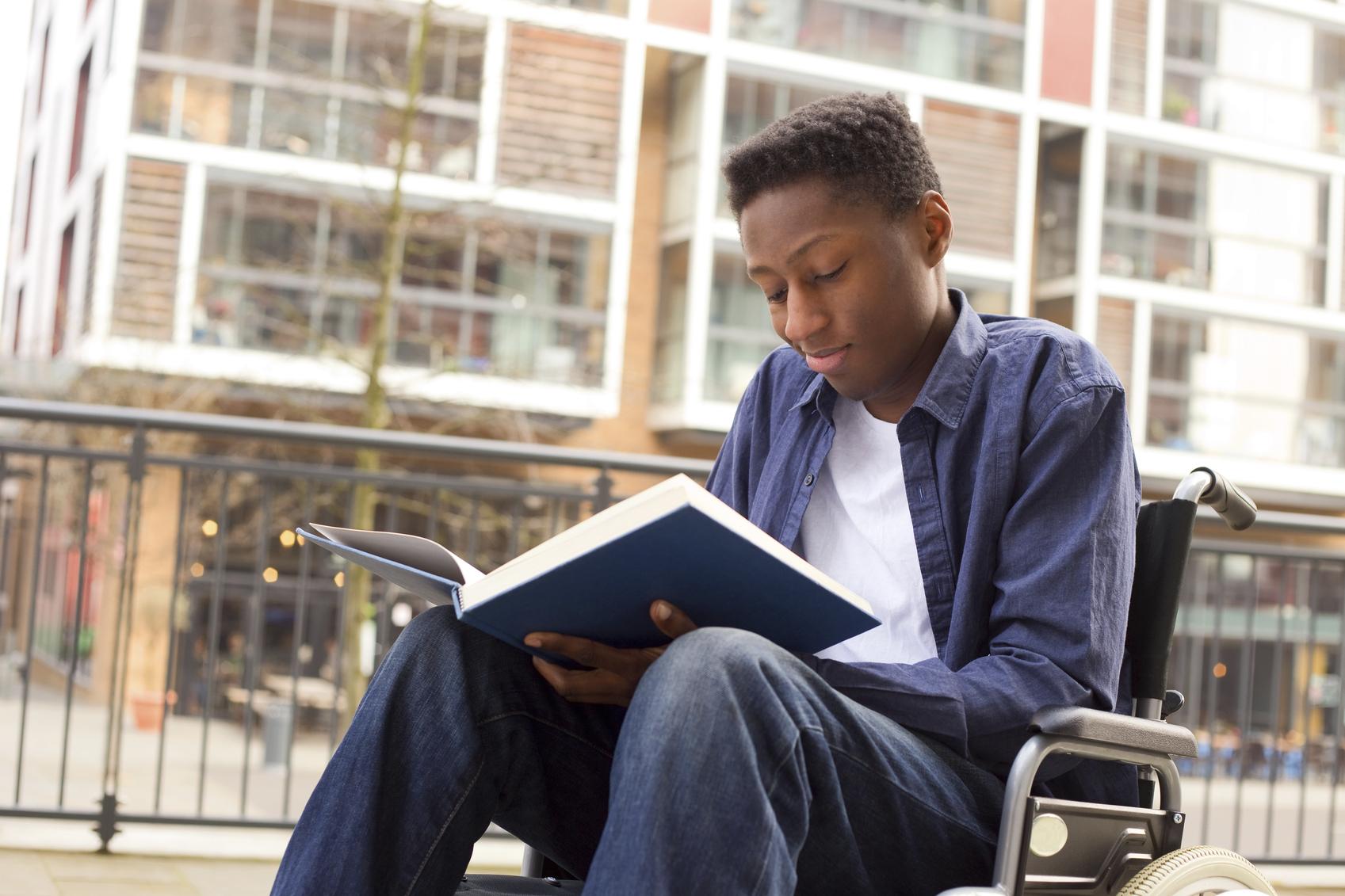 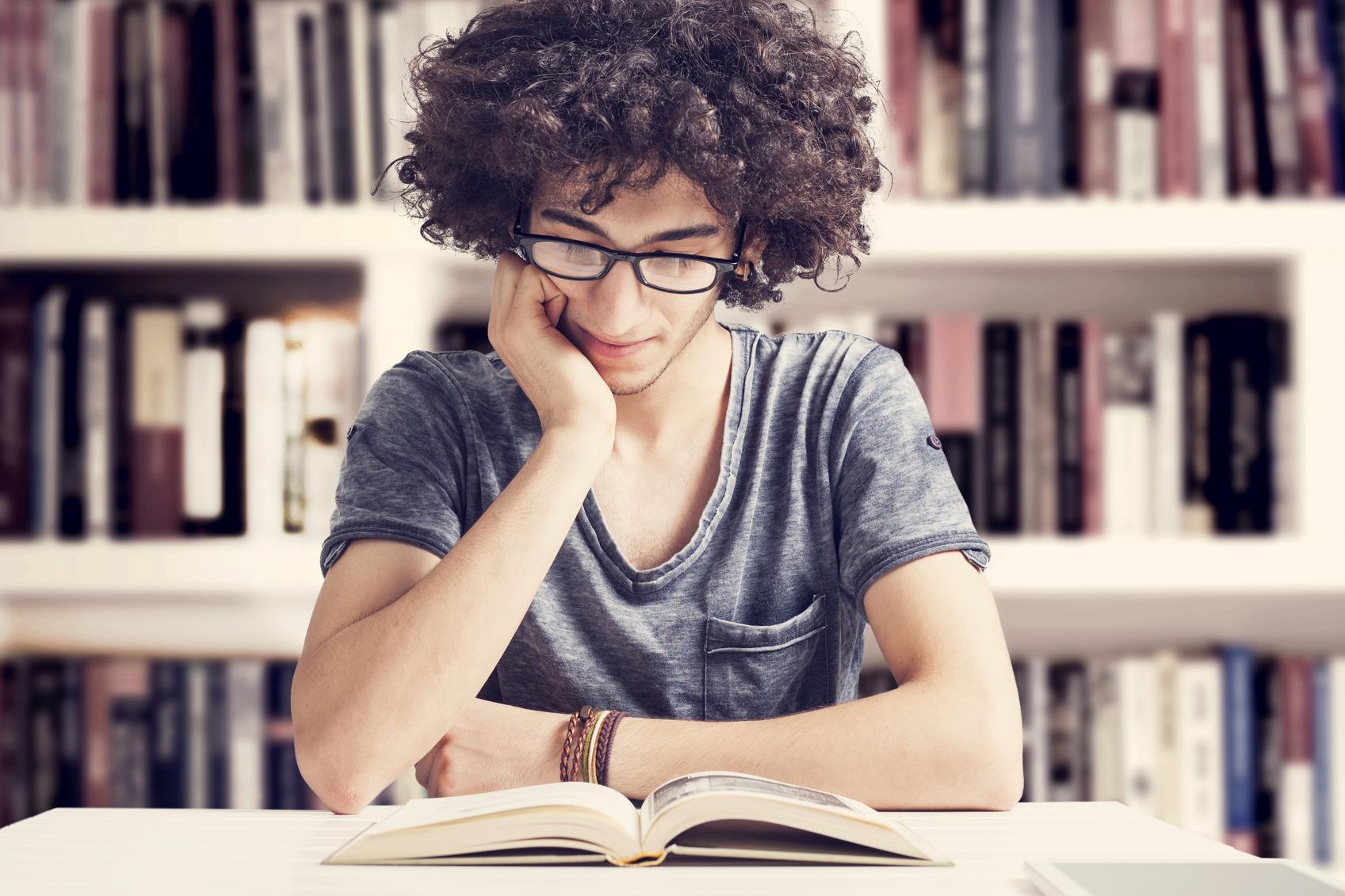 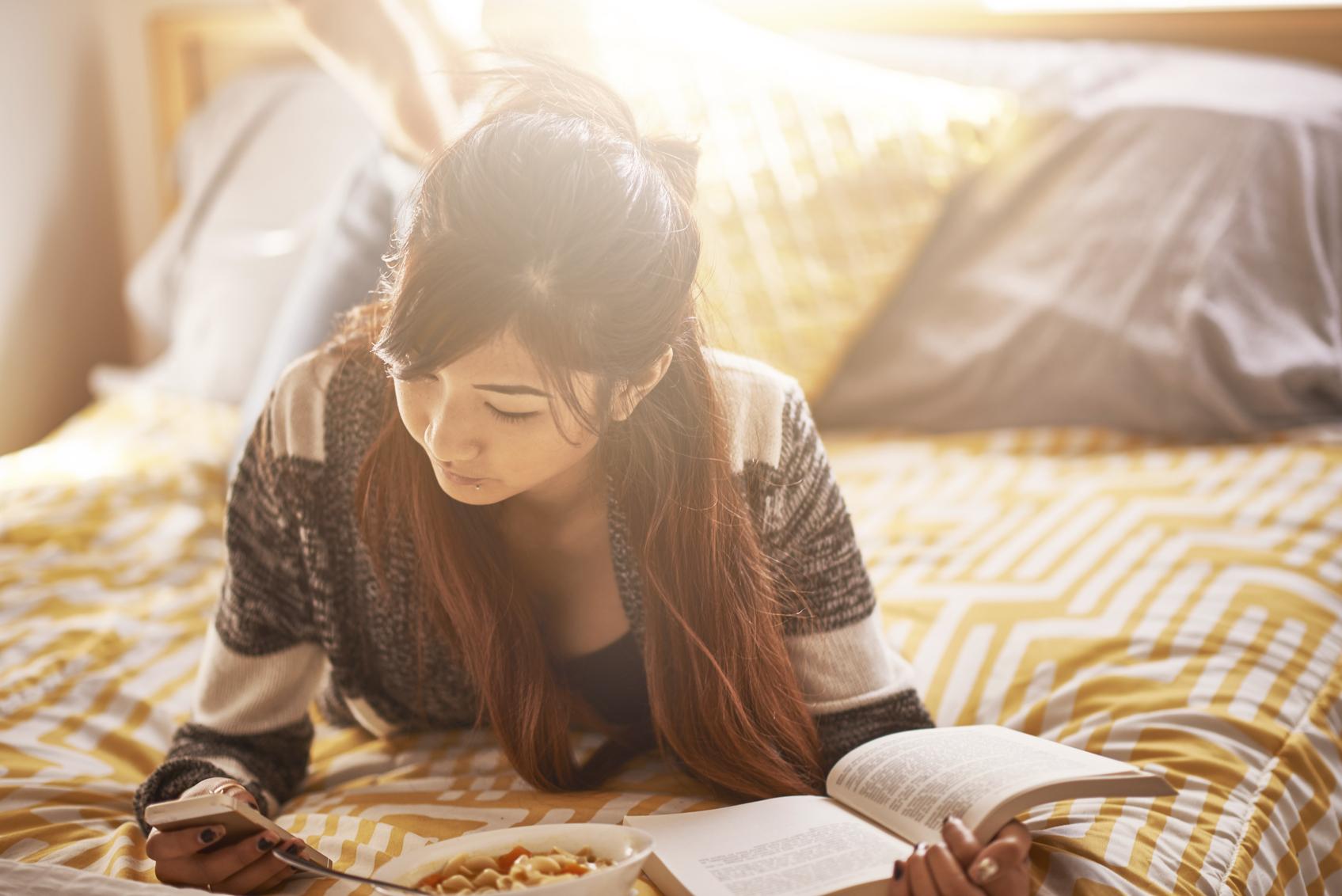 1 of 4
What are the Characteristics of Young Adult Literature?
Back to top