What Does Genderfluid Mean?

Gender identity is a complicated subject which encompasses social, cultural and personal politics. It has become a notoriously controversial and, often, divisive topic. It begs questions about personal freedom, ideologies and social hierarchies. Few of these questions are easy to answer and many are difficult even to ask. What it should be agreed upon is that gender identity is personal to the individual, encompassing lived experience and emotional responses. Some individuals identify as genderfluid (or gender-fluid), but how does this fit in to the wider context of gender identification? oneHOWTOanswers the question what does genderfluid mean? to help simplify and provide an introduction for further consideration.

You may also be interested in: How to Come Out as Genderfluid
Contents

It may seem like a simple question and there are simple definitions out there. However, as it is something which can apply to every human in one way or another (even if they reject any sort of gender identity), it is a question worth answering. In English, gender was, prior to the mid-20th century, a word which had more to do with language than personal identity. If you were discussing gender, it would usually be in reference to the language you used to describe a person or a noun, e.g. he said this, she said that.

Most social structures had a binary approach to gender, you are either a man or a woman, masculine or feminine. People who were assigned a certain gender at birth, yet behaved in ways which were contrary to this gender were seen by many as unnatural. This would often lead to social exclusion, ridicule or even courted legal trouble if they were linked to certain laws discriminating against sexual practices.

Partly because of a binary approach to gender, people who were born with characteristics which did not fit into male or female physical definitions were often assigned one or the other regardless. Some of these characteristics included differing chromosomes, hormonal changes or even indeterminate genitalia. This sometimes involved surgery to turn indeterminate genitalia into either masculine or feminine. As infants were still in the developmental stages, this often led to problems down the line, especially when an individual felt they were one, but had been determined the other.

It is important to note that there are many historical exceptions to this binary definition of gender. In Ancient Rome, censuses would record people as male, female or hermaphrodite. However, they would be accorded social status by the gender to which they conformed the most. In South Asia, Hirja is the term used for transgender people who were born male, but live as female. While recognized as a "third gender" (more on that later), they are still often marginalized and suffer persecution.

So, if gender is seen by many as relating to specifically masculine or feminine identities, yet there are many who feel they belong more to one or the other and others still who feel like they belong to neither, what is gender? For humans, it is the division of the species between male and female roles, but includes everything in between and outside of them.

If a person's gender cannot be guaranteed by physical characteristics, then this raises questions over how gender should be qualified (or even if it should be qualified). To help with this, it is also useful to discuss what gender is not. Sex (not sexual activity) is the biological differentiation between human beings according to reproductive function, i.e. genitalia. Gender is the differentiation according to culture and society. A person's sex is observable by looking at biological traits, even if they are hard to determine. Gender is an identity which cannot be determined physically and has many factors which can complicate how someone identifies.

If gender is an identity, then many people see it as a role. This role is often initially determined not by the individual but by a larger culture and society. This culture ascribes certain characteristics to masculine roles and others to feminine ones. There has been a social pressure in many cultures to behave in a way which adheres to either the masculine identity or the female identity. Your social role, status and potentiality for discrimination within a specific society can be linked to gender. For this reason it is almost impossible to consider gender without also considering patriarchal social structures.

A patriarchy is a social system whereby males hold the greatest power within that society. They predominate over political, legal, religious and even familial power structures. You can see it in many historical societies where the male was given more power, exemplified by the precedence families have given to male heirs. Even in many societies which claim to work according to the Universal Declaration of Human Rights, we see male dominance in many public and private sectors.

Because social role plays an important part in gender identity, there has been concerted effort to reduce patriarchal precedence with a more egalitarian approach to society. In doing so, gender would become less important as everybody in a certain society would be given the same rights and privileges.

Why is gender important?

Feminism exists because women have been discriminated against for a long time. There is a pay gap between sexes in most professions, women have been denied rights in the family (and over their own bodies) and were often subject to physical and emotional violence. If you need an example of this, bear in mind that it was only in 1875 that women in the U.S. were legally recognised as "persons" rather than property. If gender dictates the social role of an individual, it also dictates the place within a social power structure this person must fit into.

Gender theorist Judith Butler in her landmark 1988 essay Performative Acts and Gender Constitution argues that gender is a performance acted by the individual. There are socially established "meanings" given to a particular gender which leads the individual to either conform to or react against them. The essay argues that gender is not something innately or naturally pre-existing, but something constructed by a society.

If gender is a performance, then the concept that males should dominate in some areas while females should stick to a different socially ascribed role, is not based on actuality. If everyone within a society were to accept binary gender roles, then perhaps there wouldn't be any cause to question them. However, trying to adhere to strict gender roles can often lead to confusion, mental health illnesses and even persecution. This is where finding different ways to identify according to gender are useful. Being genderfluid is one of them.

What is gender fluidity?

While binary gender identities dictate there are two genders (female and male), some feel that the sex they were assigned at birth is not the gender they feel closest to. These people may feel that they want to live as a gender different to this birth-assigned gender. They may be described as transgender. If they undergo hormone replacement therapy (HRT) and/or surgery to change their birth sex, they may be considered transsexual.

What benefit does identifying as genderfluid have?

The benefit of being genderfluid is that if you feel like you express different gender identities at different times, you do not have to cause problems for yourself or others by trying to conform to something which does not feel correct. All humans with cognitive function have some sort of self-conception, i.e. how we identify. It could be through political views, cultural group, gender or many others. Most will identify with a mixture of some.

The reason why we strive for an identity is that it is a useful and helpful way to navigate the social and cultural context in which we find ourselves. It also helps other people to understand where we are coming from. Gender wouldn't be such an importan topic if it did affect people in day to day life. Establishing yourself as genderfluid helps further the idea that binary roles can be unhelpful and limiting. Furthermore, subscribing to a rigid binary view of gender can help support structures of oppression and continue discrimination against non-binary gender identifiers.

Realising that genderfluidity, genderqueer, intersex and non-binary genders exist will not stop people from identifying as female or male. What it will do is start the widespread acceptance that everyone deserves to be treated with the same level of respect and given the same human rights as any other person. It will mean freedom from depression and anxiety caused by feeling different because you don't fit into rigid gender ideas.

If you want to read similar articles to What Does Genderfluid Mean?, we recommend you visit our Culture & Society category.

How Is the Prime Minister Elected in India
How to Register to Vote in India
What Are the New Masculinities?
What Does Kamayan Mean
Most read
1.
What Does it Mean when you Dream your Partner Leaves you?
2.
How To Know Your Zodiac Sign
3.
How To Deal With A Scorpio Man Ignoring You
4.
How to Deal with an Angry Scorpio
5.
What Does Suspended Indefinitely Mean
6.
What does Showing Two Fingers Mean
7.
How to Deal with an Angry Virgo
8.
Signs A Virgo Woman Is Falling For You

What Does Genderfluid Mean? 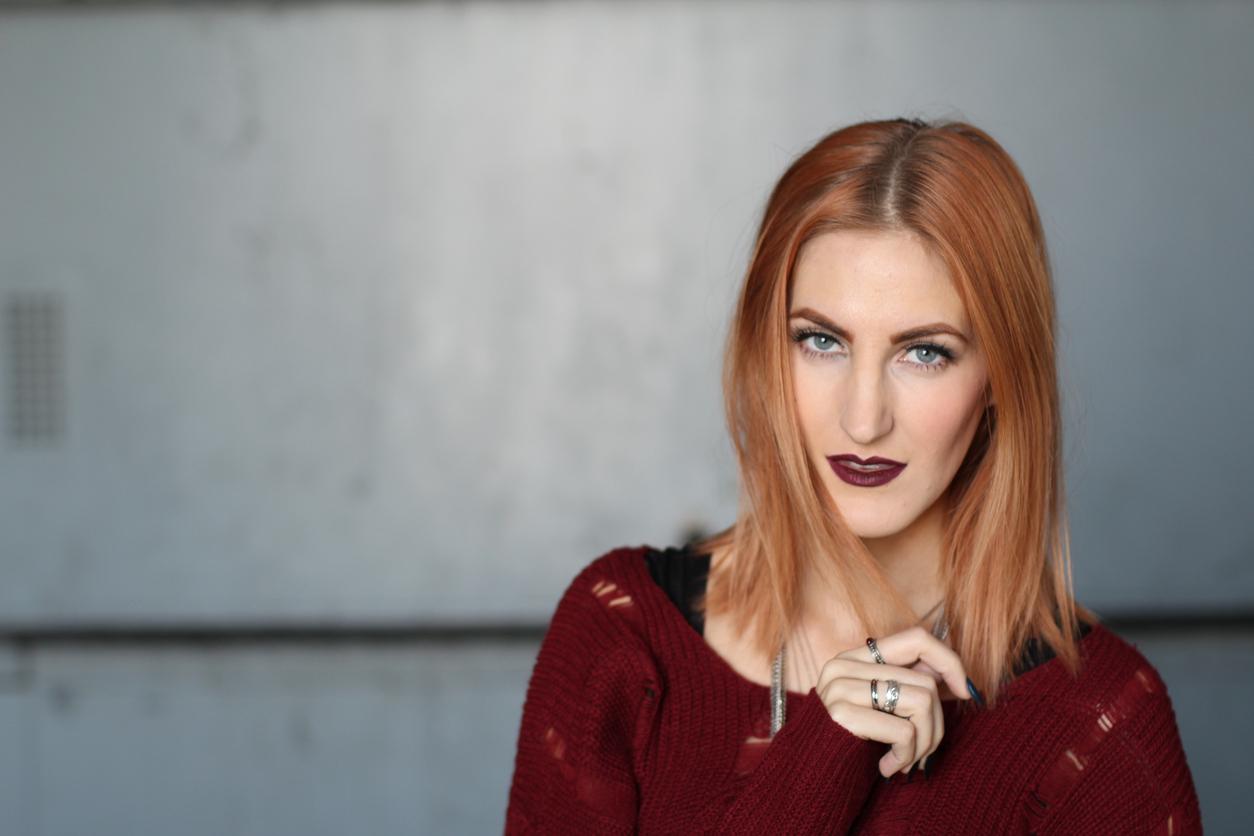 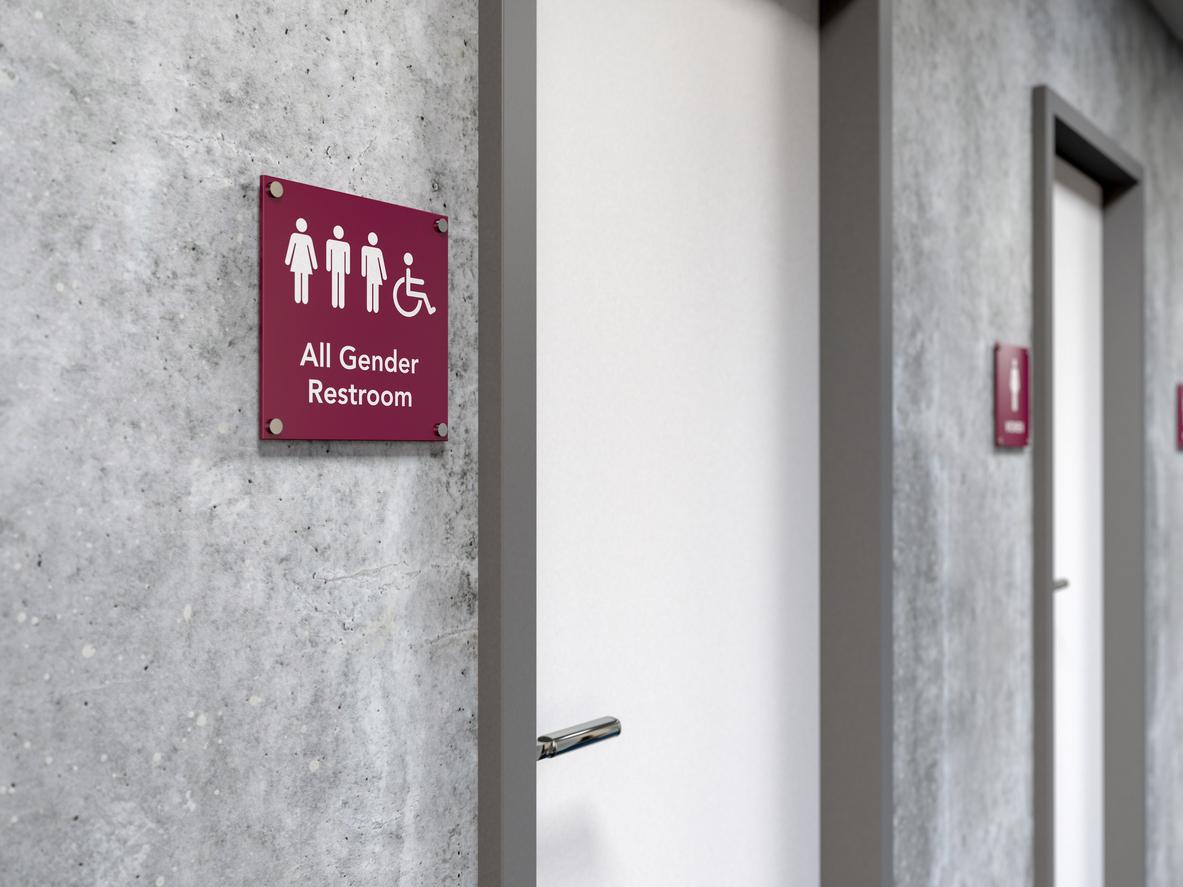 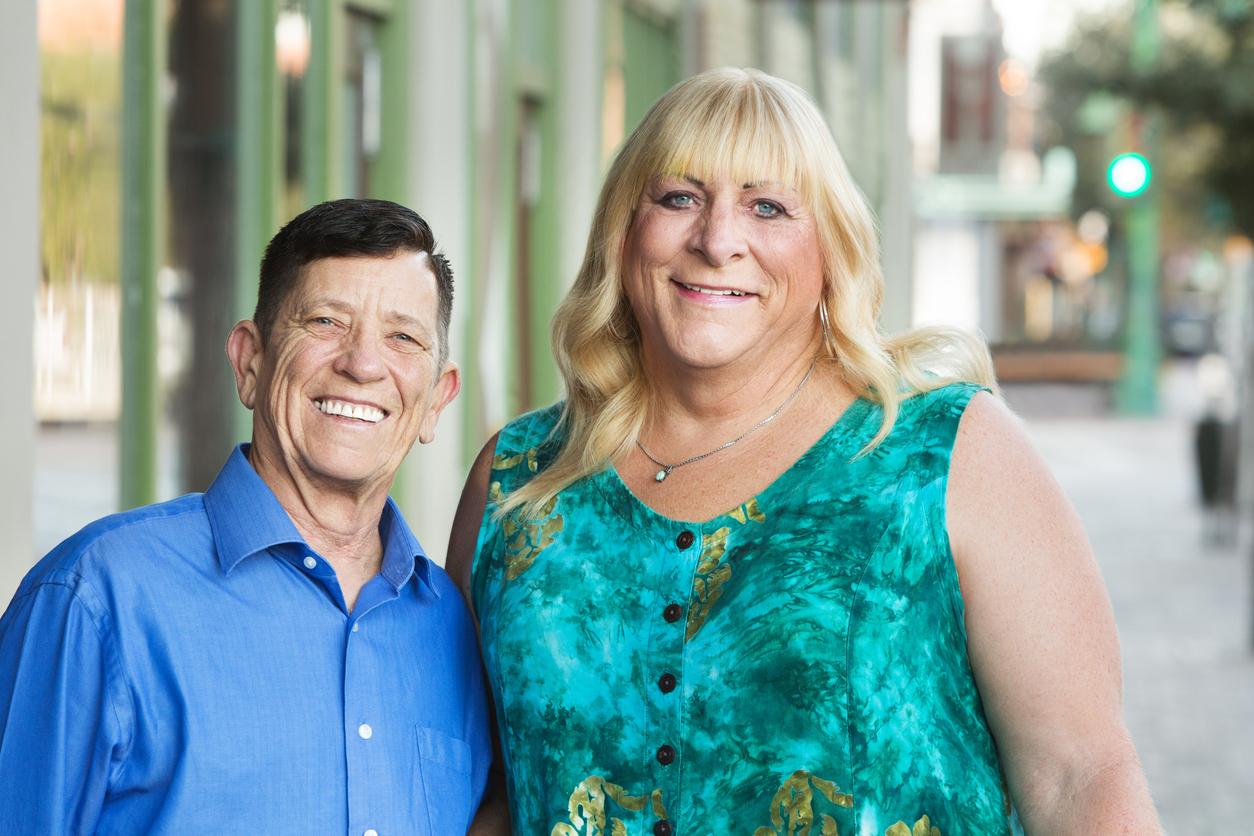 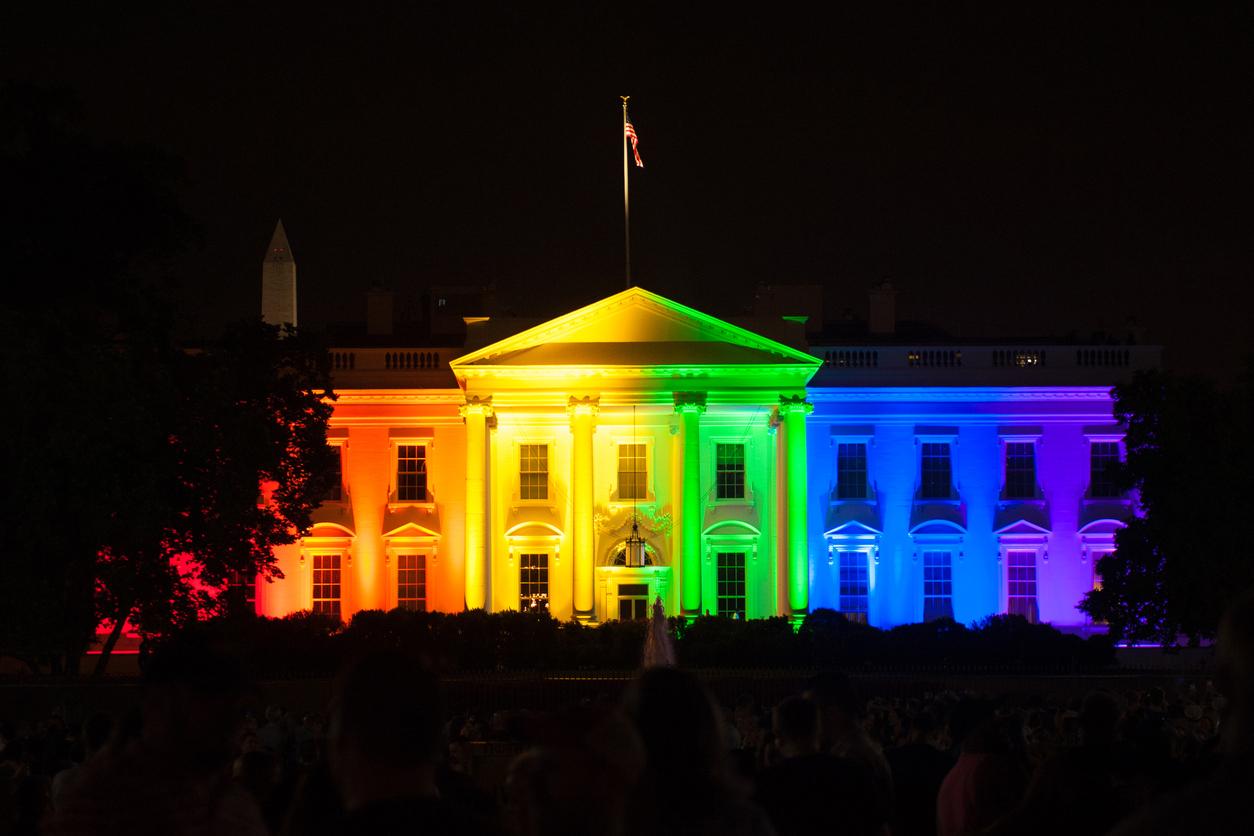 1 of 4
What Does Genderfluid Mean?
Back to top