Who Is the Father of Botany? 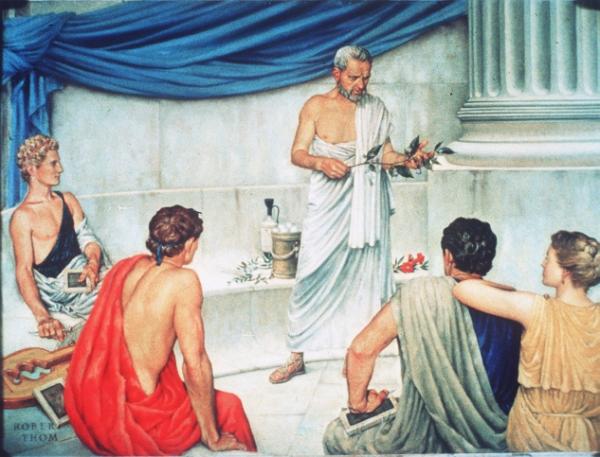 Botany, also known as plant science or phytology, is a branch of biology. Fundamentally, it is the study of plants, but this encompasses many areas and subcategories. Humans have been studying plants to some degree since our inception, even if at a very basic level. This was mainly trying to know which plants would sustain and which would kill you. Modern botany is believed to have begun in Ancient Greece with the study of plant species, leading to a current categorization of about 410,000 land plants. With his books Enquiry into Plants and On the Causes of Plants, Theophrastus is considered to be the answer to 'who is the father of botany?' oneHOWTO takes a look at his life and work so that we can also answer why he is so.

A brief overview of his Life

Reading about Theophrastus' life, it is easy to feel like an underachiever. He would be now considered a polymath, someone with a wide range of expertise in varying subjects. Not only was he the father of botany, but Theophrastus was a philosopher. He had close links to Plato and was considered to be one of Aristotle's successors.

He is particularly remembered for his work on plants, but this is perhaps because there are surviving copies of his work on the subject (the aforementioned On the Causes of Plants and Enquiry into Plants). Like many ancient thinkers, much of his work has been lost to time, using references and histories from other extant works to know the subjects about whichhe has written.

Theophrastus was a philosopher who took over the Lyceum, the school of Artistotle's Peripatetic philosophical teachings, after Aristotle's death. The great thinker was so enamored of Theophrastus that he also appointed him guardian of his children and gave him his writings. Theophrastus' own philosophical writings and musings were on subjects as diverse as logic and the nature of happiness.

He was also keenly interested in general history, writing about notable figures as well as the natural history of the earth. Much of the writings we have from him are made up of fragmented pieces, likely to be lecture notes and sometimes making little coherent sense. This is in contrast to his conversational style which was so valued, it is how Aristotle came to call him Theophrastus, a nickname vaguely described as 'divine expression'. His given name was Tyrtamus and he hailed from the town of Eresos on the Greek island of Lesbos.

He was believed to die at the age of 85 around 287 BC. At the time of his death, he was so popular that he was given a public funeral in Athens. This was an honor reserved only for the finest Athenians and many attended to mourn the loss of a great man.

His work on plants

While Theophrastus' work on botany remains fragmented, we know much about his thoughts and findings from his two surviving works. By taking a look at them, we can see how he shaped the study of plant biology to come and why he is has been given the title the father of botany.

Originally, Enquiry into Plants (Latin: Historia Plantarum) was a collection of ten books, only nine of which have managed to survive. In this work, he classifies plants into several categories, depending on their localities, size, modes of generation and practical uses:

The reason books like these have led to Theophrastus being named the father of botany is because not only did it set out the foundation of what would come after in terms of biological study, but it was also accurate about much of what he discovered.

Rather than an interpretive work, Historia Plantarum is largely a recording of what types of plants existed, how they developed and their uses. It is this reason one rare book seller described it as important "because all taxonomy [arranging biological organisms] of plants starts with this book"[1]. This is made even more impressive by the fact he did not have many of the tools to study or dissect the plants, using much more primitive techniques.

Its influence on further research into botany makes it invaluable and one of the most important scientific texts ever written.

On the Causes of Plants

This was originally a collection of 8 books, out of which 6 managed to survive. While Historia Plantarum focuses on the anatomy of plants, On the Causes of Plants (Latin: De Causis Plantarum) sees Theophrastus going even further into their growth and development. They are both concerned with uses of plants, but this book has a more practical approach towards the possible functions of plant material.

Importantly, De Causis Plantarum discusses the process of germination and acknowledges the conditions which plants require for growth. While people had been growing crops beforehand, this book takes much less of a trial and error approach, understanding the importance of nutrition, sunlight and soil on plants.

Both books make wildly inaccurate claims, but as this is, essentially, the beginning of botany, these claims still helped inform further study. Theophrastus was important in how we study plants, taking an early scientific method approach to their understanding. His research was empirical and used a systematic methodology which is the progenitor of the high standard of scientific research we use today. He also took information from people he met on his travels as well as that garnered from his own botanical garden.

Other contributions of Theophrastus

Theophrastus was a Peripatetic and completely embraced the philosophies of Aristotle in terms of physics, metaphysics, zoology, physiology, ethics, botany, cultural history and politics. He endeavored to strengthen systematic unities of these subjects and reduced their transcendental elements. He was even critical of the yet to be determined theories of biodynamics, claiming that the position of the moon and general plant related mythologies weren't as important as the physical condition of plant life.

He stressed the importance of this physical condition in a plant's requirement for a 'favorable place' to grow. He noted how some plants worked together well, while others would not encourage growth when grouped. This foreshadows a lot of ecological study yet to come. Theophrastus even wrote of how birds would hide seeds which led to their growth in the soil.

For those of us who love clothes, he was the first to write about the use of cotton. Food lovers might be interested to know he is also the first to write an account of pepper. He has some contributory works on weather signs, scents, winds, fires and sensations also. He wrote a treaty On Stones in which he classified gems and rocks depending on their behavior upon heating.

Theophrastus also described several marbles, coal, metal ores, pumice stones, precious stones and others to further clarify his classifications. Being a pupil and follower of Aristotle, he followed his doctrines closely. He also used his gift for conveying information to define them more clearly and accurately.

While he will likely always fall under Aristotle's shadow, some modern historians are trying to show just how important Theophrastus was and that he "deserves equal bidding in any history of naturalism"[2]. All this makes Theophrastus the 'father of botany', but he was more than this. He was one of the fathers of the scientific method and his influence, while still great on the subject, reaches even further than the study of plants.

If you want to read similar articles to Who Is the Father of Botany?, we recommend you visit our University degrees category.

What Are the Main Branches of Chemistry
What Is Cell Apoptosis?
What Zoology Careers Are there?
What Can You Do With A Marine Biology Degree
Most read
1.
What Does it Mean when you Dream your Partner Leaves you?
2.
How To Deal With A Scorpio Man Ignoring You
3.
Dreaming About an Ex and Their New Partner
4.
What Does Dreaming About Pigeons Mean?
5.
How To Know Your Zodiac Sign
6.
What does the 4th of July really represent
7.
How to Deal with an Angry Scorpio
8.
Signs A Virgo Woman Is Falling For You

Who Is the Father of Botany? 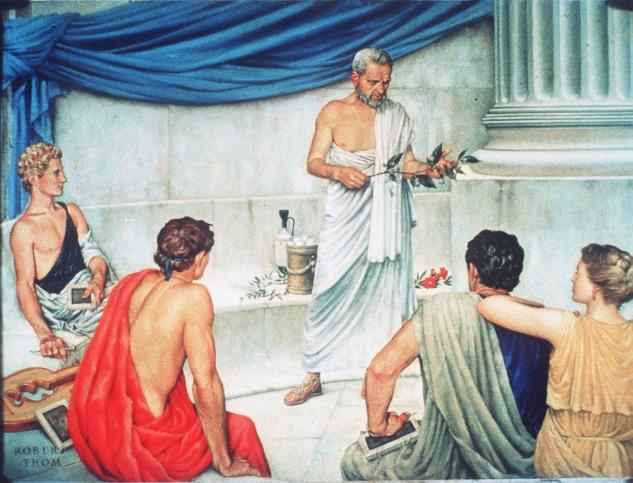 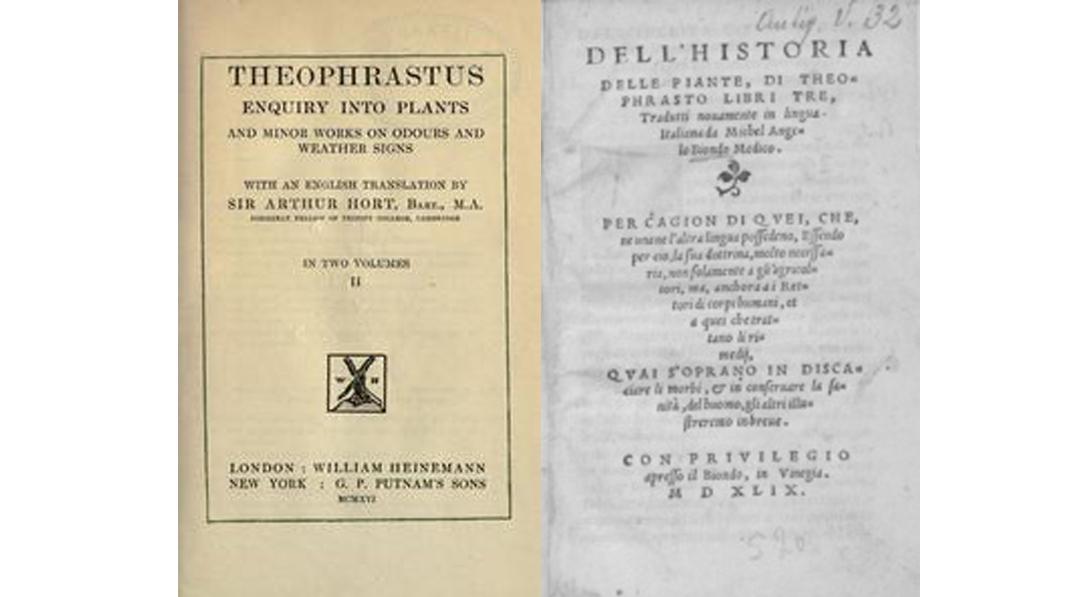 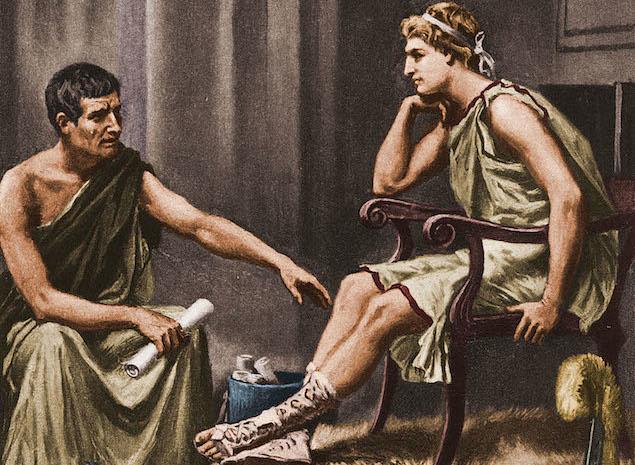 Image: thebookoflife
1 of 3
Who Is the Father of Botany?
Back to top