What Were the Gods of the Aztecs?

The ancient Mesoamerican cultures were polytheists. This means they were societies that believed in different gods, similarly to Ancient Greeks, Romans and Norse. The sun played a particularly important role in Aztec mythology and was also involved in the celebration of rituals to please their gods. These rituals often involved sacrifices, everything from burning tobacco to killing humans.

The gods of the Aztec civilization have been a source of inspiration for many ideas, themes and characters in science fiction and fantasy. For this reason, some of the Aztec gods are better known to us. Although some are popular, there are likely many you don't know. Find out what they are with our oneHOWTO list on what are the gods of the Aztecs?

You may also be interested in: The Legend of the Green Children of Woolpit
Contents

Tlaloc (Tlāloc) is the Aztec god of rain and storms. Experts in Mesoamerican cultures consider he is probably one of the oldest Aztec deities in the region.

He was associated with agricultural production and fertility. He was also known as "nectar of the earth’ and ‘he who made things sprout’, but phenomena such as lightning and earthquakes were also attributed to him.

If you were wondering which is the most powerful god of Mexico, Huitzilopochtli (Huītzilōpōchtli) is the Aztec god considered the Father of the Aztecs. In some senses, he is considered their main patron.

Huitzilopochtli, who is the most powerful god in Aztec mythology, is also the son of the god Tonatiuh and the goddess Coatlicue. When he was born, he was not supported by his family, but he made his worth using a fire-breathing snake as a weapon. He ended up becoming ruler of the sun.

Within Aztec mythology, he was considered the opposite of Quetzalcoatl. This Mexican god was named the black Tezcatlipoca, with Quetzalcoatl being the white Tezcatlipoca. He was the god of heaven and earth, the origin of happiness and power, master of battles and represented the dark, the unknown and providence.

Tonatiuh (Tōnatiuh) is one of the most important Aztec gods, as he is considered the Mexican god of ‘the Sun’ and leader of the sky. He was in charge of giving warmth to his people with his power. He was also regarded as the patron saint of warriors. He sought vigor and health for all those responsible for defending the Aztec people.

This Aztec god is the divinity of corn. His name (Centeōtl) literally means ‘dried maize on the cob’. Since this food was essential in Mesoamerican cultures, it was one of the most important gods of the Aztecs. Since their survival depended on it, it is not surprising that the Aztecs had their own god for this vegetable.

Corn represented sustenance, but it also had a duality. Since corn could be used to make alcohol, he is also the god of drunkenness and the consumption of alcohol for ceremonial purposes.

Chalchiuhtlicue is one of the Aztec goddesses who had power over running water and fresh water bodies. The meaning of her name is ‘she of the jade skirt’ and she was also the Aztec goddess of childbirth. In the temples, she was represented with a skirt of greenish and bluish tones, representing a waterfall.

Xipe Totec could not be missing from this list of the main Aztec gods. As was the case with Tlaloc, the Aztec god Xipe Totec was worshiped for optimum agricultural fertility. He was also the deity of gold mines and of the east.

This god of the Aztecs was depicted wearing flayed human skin, representing the death of old and dying plants and the growth of new shoots.

It is probably the most popular Aztec god. He was known as ‘the feathered serpent’ and his degree of importance was so high that he was considered by some to be the main god of the Aztec pantheon. His main competition was Huitzilopochtli, the most powerful god in Aztec mythology.

Quetzalcoatl is the Aztec god of light, life, fertility, wisdom, the winds, learning and knowledge. Also, this god was the patron of creativity. He was regarded as ruler of the west and patron of the day.

His name means ‘the one who gives and devours life’. He was considered the Aztec god of the earth. He required numerous human sacrifices for its subsistence according to Aztec beliefs.

This Mexican god represented the surface of the earth. It was believed that he swallowed the sun every night, only to regurgitate it the next morning. It was represented in the form of a clawed sea monster.

Within the group of Aztec goddesses, Mayahuel was the goddess of fertility, the agave plant and nutrition. Her blood was believed to be made of pulque, an alcoholic drink made from agave which is still popular in Mexico to this day.

This Aztec goddess was represented as a woman with 400 breasts with which she could feed her 400 divine children, a group of drunken rabbits called Centzon Totochtin (Centzon Tōtōchtin).

He (or she) was one of the most respected Aztec deities in the Aztec pantheon. They were the Aztec god of the Moon and the representation of maternal love. They had the ability to control the waves by the action of their snakes, causing a series of storms and floods. Still, they were also a god of the Aztecs who offered good luck.

He was an Aztec god protector of merchants and travelers. To achieve his blessings, those who could afford it offered their slaves to this Mexican god. In his representation, Yacatecuhtli stands out for his prominent nose that was used as an indicator of the direction of travel.

This Aztec god represented dance, fun, games and celebration. It was the patron saint of Aztec festivities. He was also considered the Aztec god of medicine and healing. Those who were wounded were transferred to their temple.

Ixtlilton was considered an Aztec deity who cared for children, especially those born with disabilities.

Among the main Aztec gods of death, Mictlantecuhtli (Mictlāntēcutli) was the husband of the divinity of death, which is why he was also the Aztec god of death and the underworld. He was also considered a shadow deity.

According to Aztec mythology, Mictlantecuhtli was a lord who ruled Mictlan, a place inhabited by deceased souls whose tranquility and darkness made the site a place where no one wanted to stop.

This was not one Aztec deity, but a group of gods of the Aztecs. Ahuiateteo was made up of the representatives of depravity, vices, earthly and worldly pleasure. They were related to the Tzitzimimeh, supernatural beings linked to misfortunes such as wars, droughts and death.

Now that you know what the main Aztec gods are and their meaning, you may want to know some more ancient pantheons of divinities, such as the different Norse mythology gods and goddesses.

If you want to read similar articles to What Were the Gods of the Aztecs?, we recommend you visit our Culture & Society category.

Norse Mythology Gods and Goddesses List
The Atlantic Triangular Trade: Everything you Need to Know
What Is The Difference Between Myth, Legend And Fable
Are Peacock Feathers Bad Luck?
Most read
1.
What Does it Mean when you Dream your Partner Leaves you?
2.
How To Know Your Zodiac Sign
3.
How to Deal with an Angry Scorpio
4.
How to Deal with an Angry Virgo
5.
What Does Dreaming About Pigeons Mean?
6.
What does Showing Two Fingers Mean
7.
Dreaming About an Ex and Their New Partner
8.
How To Deal With A Scorpio Man Ignoring You

What Were the Gods of the Aztecs? 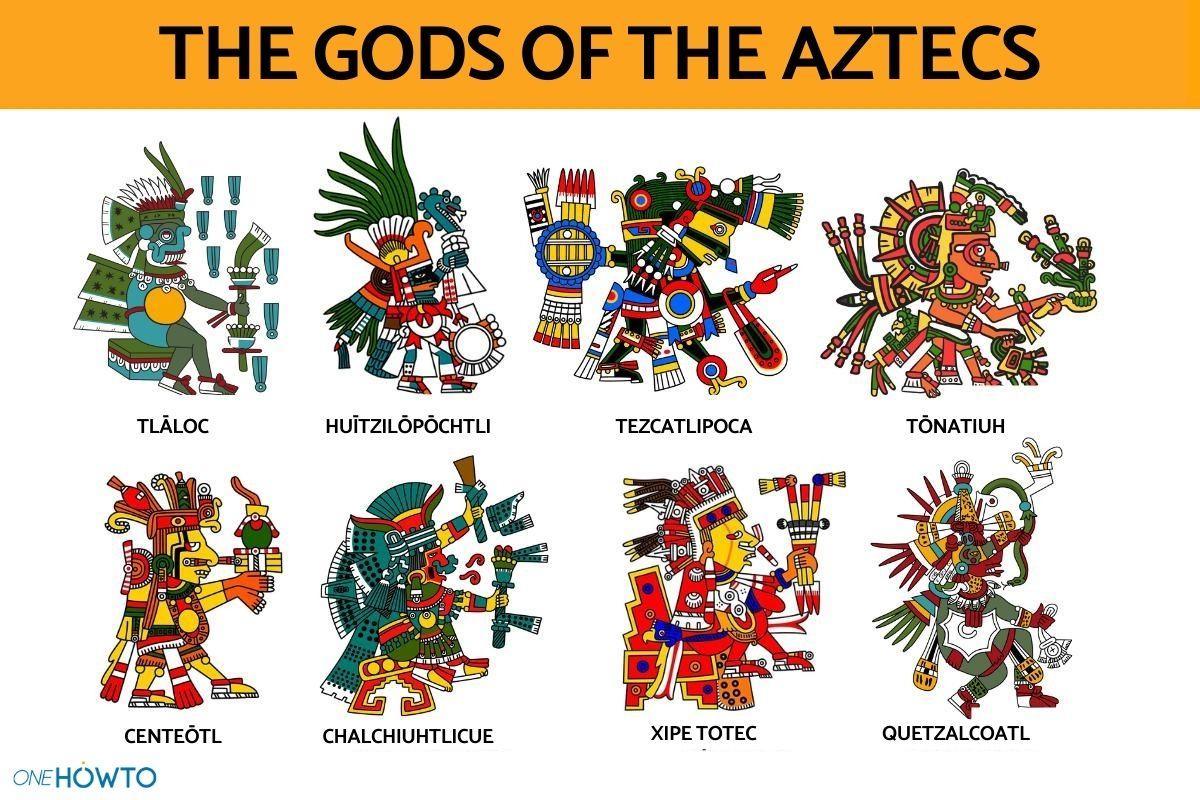 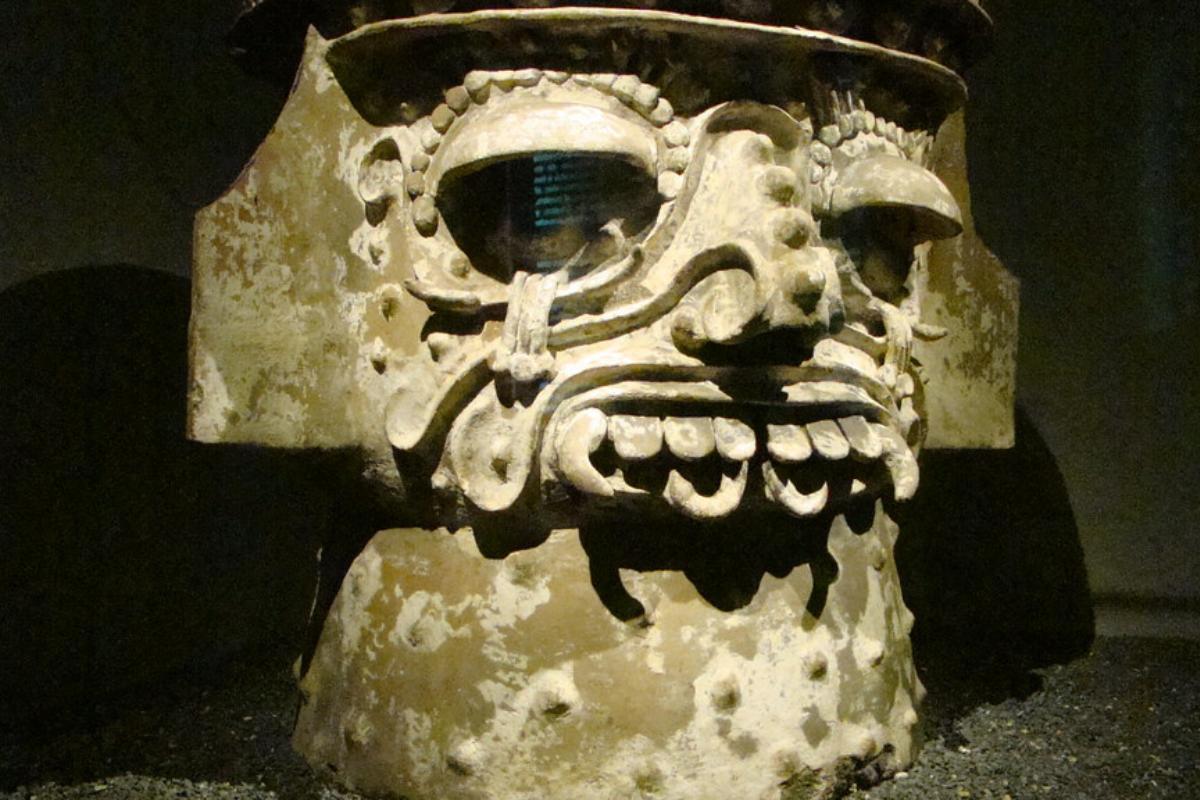 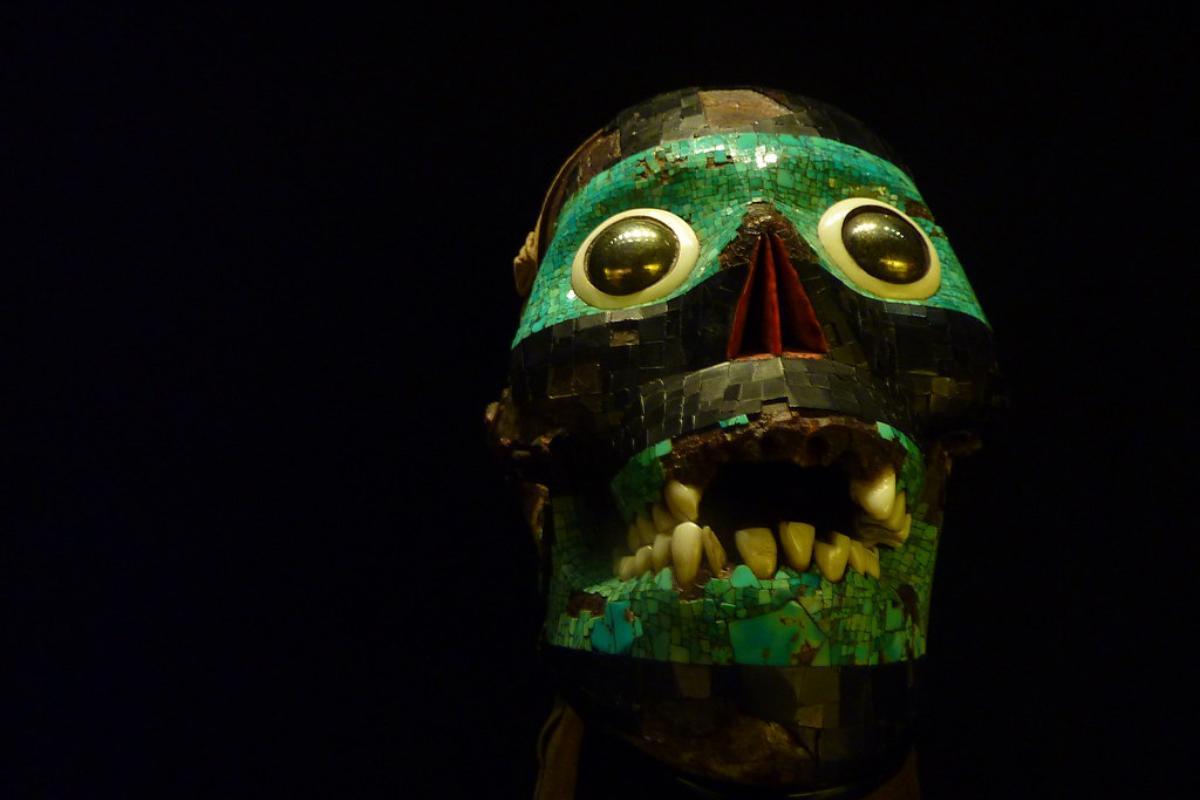 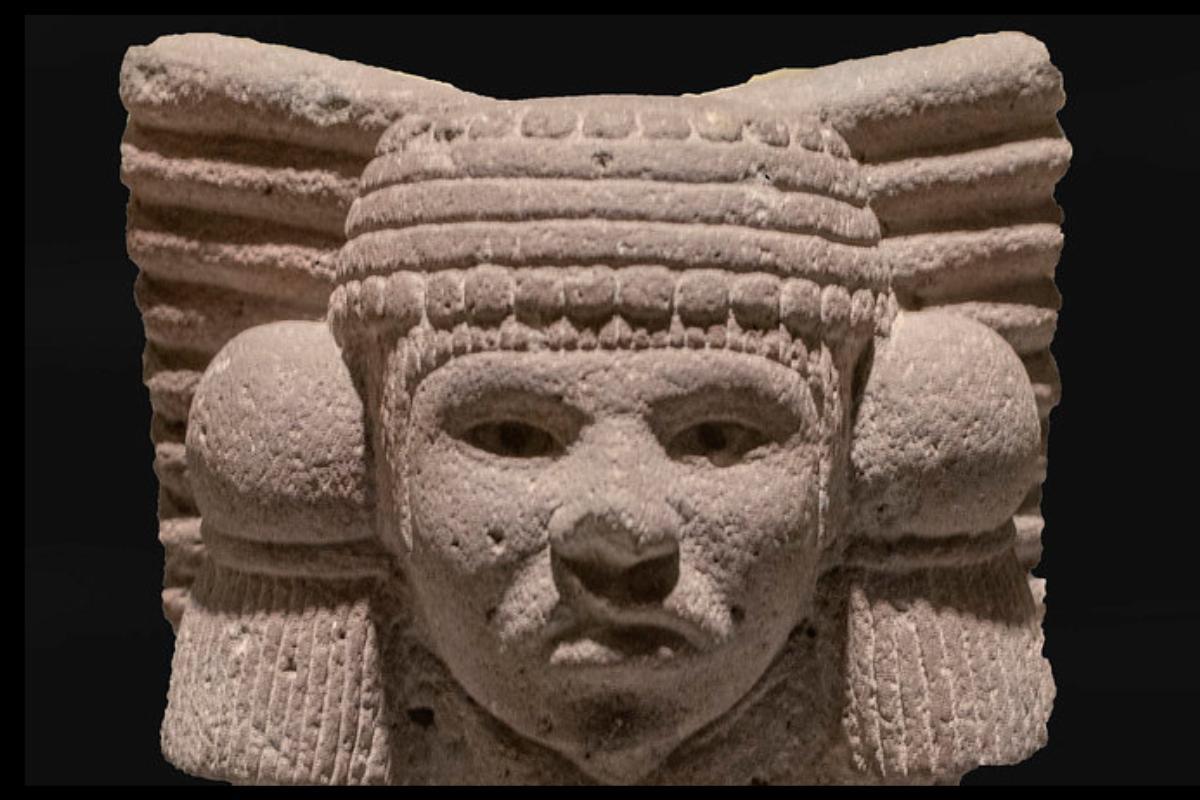 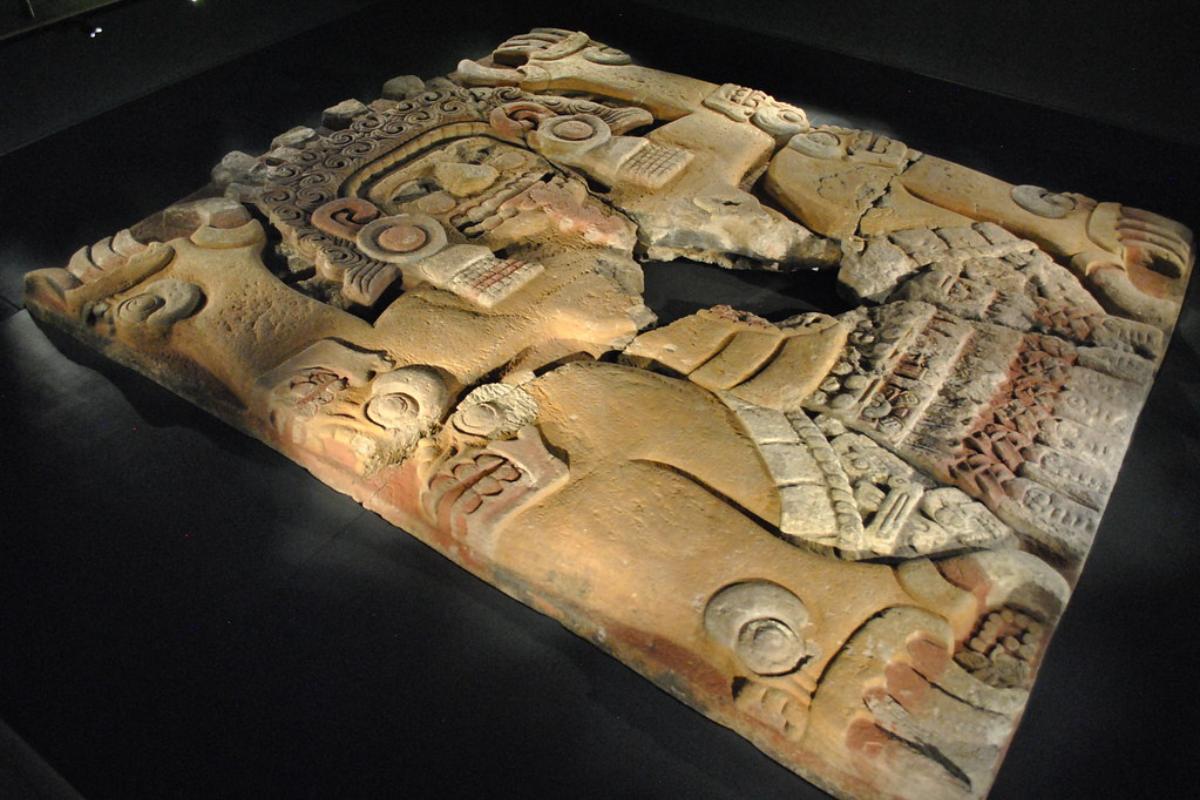 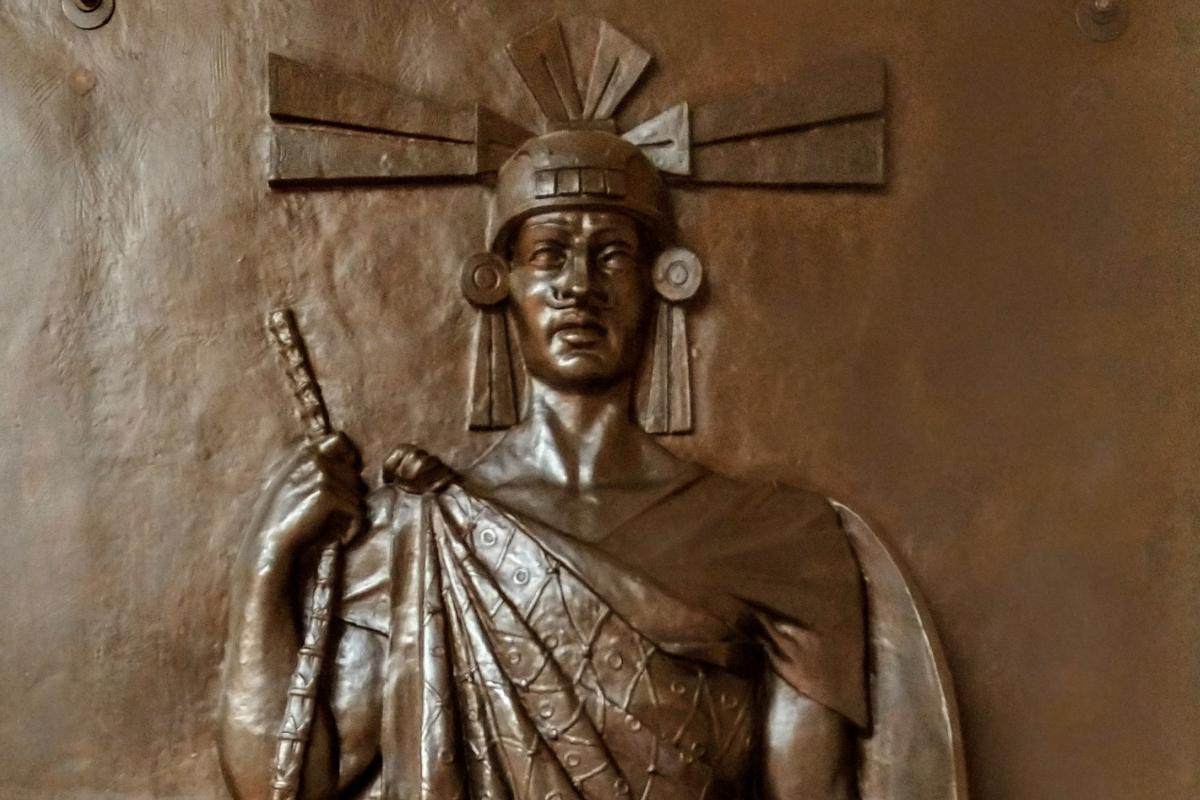 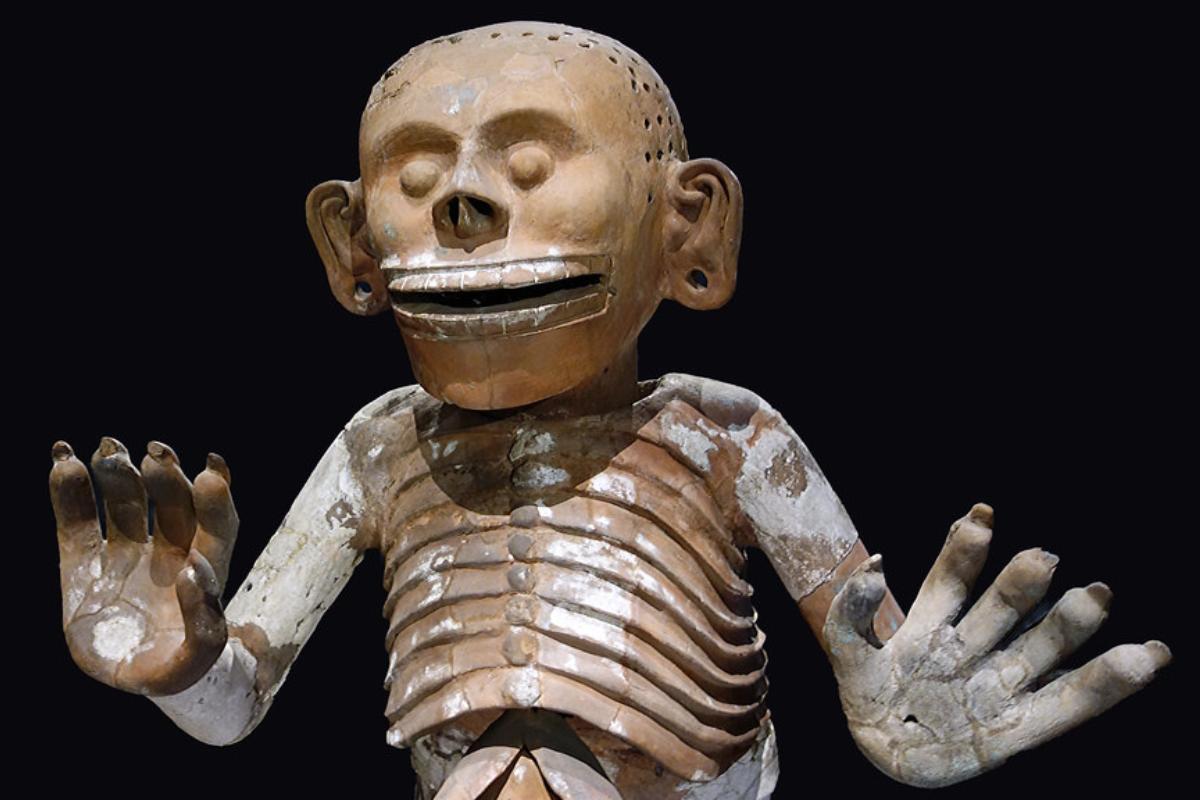 1 of 7
What Were the Gods of the Aztecs?
Back to top