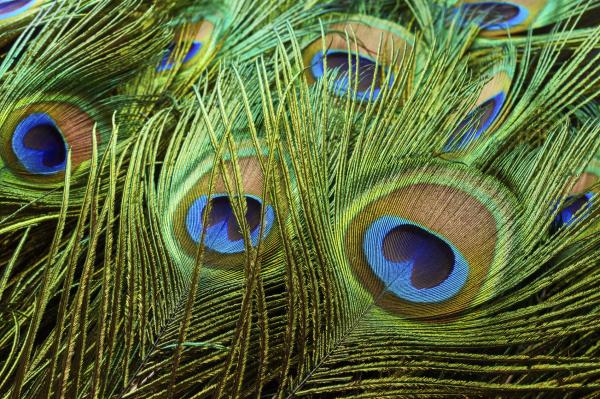 Peacocks are pretty attractive creatures and their feathers are absolutely stunning. It’s hard to imagine that something as beautiful could actually be linked to bad luck. Say what? Yes, if you are the superstitious type, you are probably familiar with the saying that peacock feathers bring bad luck.

So if you want to decorate your home with a feather but get spooked with superstitious lore, stay here at OneHowTo to learn all about this belief. Are peacock feather bad luck? See it for yourself.

You may also be interested in: What To Do When a Mirror Breaks
Contents

Why are peacock feathers said to be bad luck?

Now just when did this superstition start? It possibly began in Mesopotamian times, when Jewish mythology included a female demon named Lilith - a figure that probably developed from millennia-old lore.

It is said that the eye-like markings at the end of the peacock's feather is similar to that of Lilith's very watchful eye, which is also called the "evil eye". The superstition linked with peacock feathers back then were sudden deaths of infants, and several incidents of bad luck. The only thing they found in common with people who experienced them were peacock feathers hanging inside their houses. Even actors and circus performers do not allow peacock feathers in their stages or tents as they see it as a sign of impending death.

The demon Lilith was said to be responsible for killing children, which explains why the superstition was closely linked to her; peacock feathers are also linked to vanity, pride and display in some cultures, traits which are also associated to Lilith across art history and folklore.

Greek mythology has another vision of the peacock feathers. According to the myth, peacock feathers are the goddess Hera’s tribute to her faithful watchman, Argus. Argus was a giant with 100 eyes and he was tasked to watch over Io, whom Zeus was infatuated with. Zeus sent Hermes to kill the giant; when Hermes succeeded, Hera found a way to preserve Argus’ 100 eyes by putting them on the tail of this bird. This scene is shown in the picture below, painted by Pieter Lastman in 1618.

Since then, the eyes on the peacock's feathers symbolized the watchful eyes of the stars and the vault of heaven. Another Greek myth says that Hera's chariot was pulled by peacocks - the bird, the goddess and the idea of immortality are linked.

But then different cultures see the peacocks in different ways. The Babylonian and Persian culture saw peacocks as guardians of royalty and therefore use peacock feathers as ornaments to the throne.

As for contemporary beliefs, for Hindus these birds are linked with the goddess Lakshmi and their feathers are associated with kindness, patience, and compassion. Of course, India is precisely these birds' original habitat. Kartikeya, god of war, rides a peacock, as can be seen in the picture below.

Christianity sees peacocks as symbols of renewal, immortality, and resurrection. They are associated with an all-seeing Church, holiness, and sanctity.

Buddhists see peacocks as representation of openness because they display all their feathers when they spread their tails. Their feathers are also used for Buddhist purification ceremonies because their tails also represent purity. They are also seen as symbols of immortality because they eat poisonous plants. The East Asian cult of Kwan-Yin, or Guanyin, also see these birds positively, as they represent goodwill, watchfulness, compassion and love.

Some of the other things peacock feathers are known for are protection and harmony. Peacocks are said to be birds for safe guarding. They are also seen as a protection for the psychic. Also, as a proud and majestic bird, peacocks bring harmony and joy to the mind and remind us to celebrate life.

Now, if you really are the superstitious type, it may be best to lay off the peacock feathers inside your house. But do not just think of these beautiful creatures as bad luck. Remember also the positive things linked to them in many cultures.

If you want to read similar articles to Are Peacock Feathers Bad Luck?, we recommend you visit our Culture & Society category. 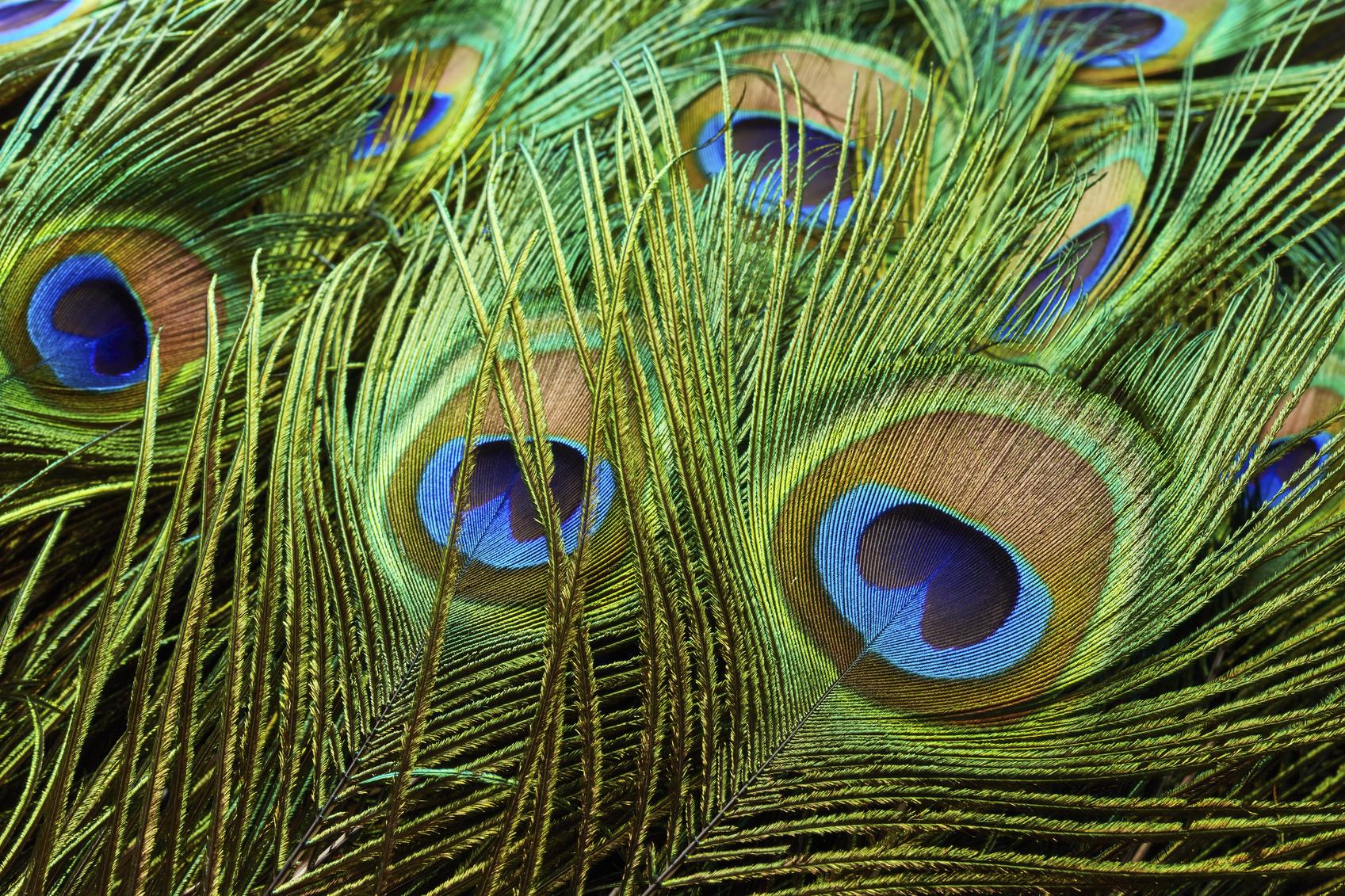 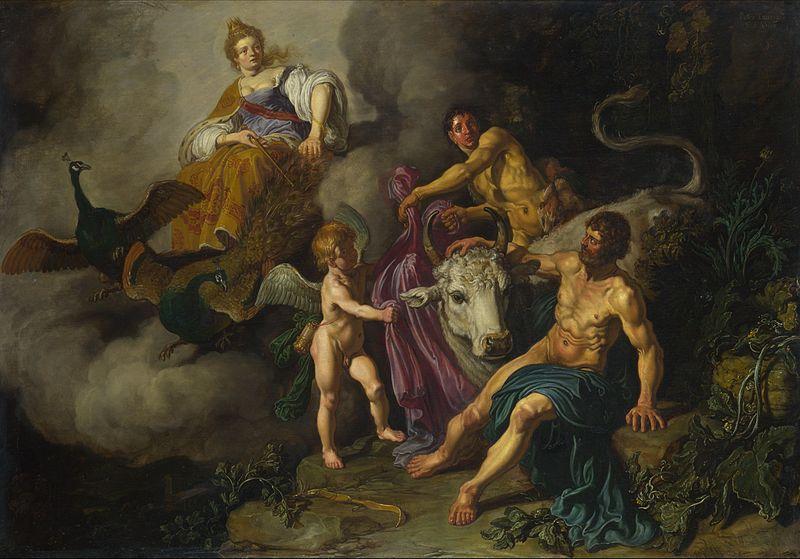 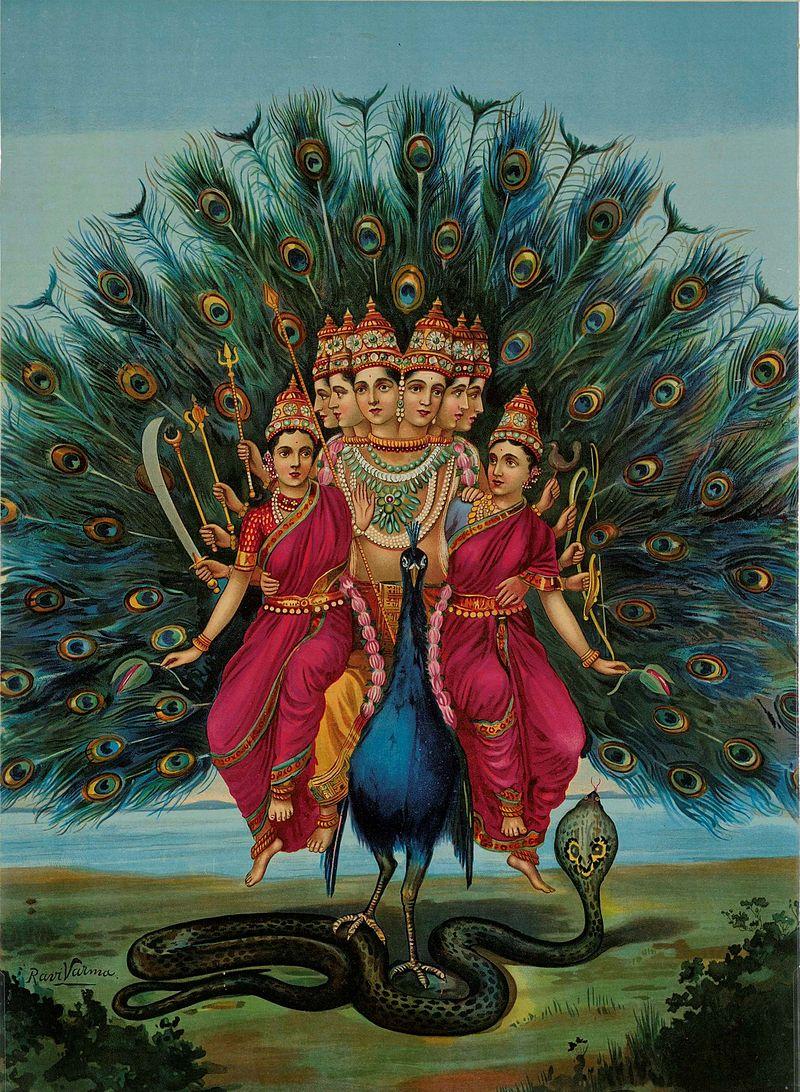 Image: https://en.wikipedia.org/wiki/Peafowl#/media/File:Murugan_by_Raja_Ravi_Varma.jpg
1 of 3
Are Peacock Feathers Bad Luck?
Back to top