Norse mythology, also considered Scandinavian mythology, stems from Norse paganism and Germanic mythology. As with Roman and Greek mythology, there is overlap with deities with similar origins being given different names depending on the context. While the influence of Greco-Roman mythology is perhaps more well-known in English-speaking cultures, Norse mythology has its impact too. There has been some awareness created thanks to Marvel's use of gods Thor and Loki in their mega-film franchises, but it's likely not everyone knows about their true origins.

At oneHOWTO, we help you to learn about Scandinavian myths and legends with our list of 15 Norse mythology gods and goddesses. We tell you their names, as well as reveal some of the fascination stories which make up their mythology.

You may also be interested in: What Were the Gods of the Aztecs?
Contents

As with Zeus in the Greek tradition, Odin is considered to be the king of Norse mythology. In the group of Norse male gods, he was the deity of knowledge and known as being the father of all others. He was represented as an old man with a beard, lonely and one-eyed. His face stood out because he was missing an eye that he sacrificed to achieve infinite wisdom in the well of Mímisbrunnr.

Odin is also known as the Raven God because, thanks to his two raven familiars (Huginn and Muninn). Through these familiars, he found out everything that happened in the Midgard, what we know as Earth.

Our first goddess in our list of Norse mythology deities is Frigg. She is the divine being most associated with motherhood, home, clairvoyancy and marriage. Her own marriage was to Odin and she was the mother of Balder, Hermodr, Hödur, Bragi and the Valkyries. Her name means ‘beloved’ or ‘free’ and is the origin of Friday, originally known as the ‘Day of Frigg’.

Considered the god of thunder, Thor was the first son of Odin and the main enemy of the giants present in Norse mythology. He is well known for the hammer he carried, called Mjölnir, a weapon forged by dwarves. Thor was the only one of the Norse gods able to use this hammer because it was too heavy for anyone else to hold, hence the weapon was known as Thor's hammer. It is his name which originates our word for ‘Thursday’.

He was the second son of Odin. Balder was considered the god of truth and light. He was a very important character in Norse mythology because and his death was one of the main events that set in motion Ragnarök, i.e., the events which end this world and will begin the next.

According to mythology, Balder (also spelled Baldr) dreamed of his death as a child. The god Loki tricked Balder's blind brother Hödur into shooting a branch of mistletoe, causing his tragic death. Despite such tragedy, Baldr is known as the god of light, purity, joy and summer.

Loki was the god of lies and a son of giants. He was also known as the origin of any fraud, having the ability to change his form. In this way, he mixed with the Norse gods and even Odin came to treat him as an adopted son.

Although Loki is usually represented as an enemy of the deities, this was not always the case. He collaborated as an ally of the gods of the Æsir (the pantheon of Norse gods) before Ragnarök. Thanks to him, Odin got his horse Sleipnir and Thor the famous hammer Mjölnir.

After orchestrating Balder's death, Odin punished Loki. When he freed himself he began Ragnarök with his sons: the aquatic serpent called Jörmundgander, the wolf Fenrir, and Hel, that is, the goddess of the realm of the dead.

Next on our list of Norse gods is Njördr, the god of the seas, of oceans, and navigation. According to Norse mythology, all sea creatures were at his service. He travelled in a carriage pulled by two whales. He had two children with the hunting goddess Skadi who were called Frey and Freya.

Another of the Norse goddesses was Hel, the deity of the underworld and daughter of Loki. She was banished from Asgard once the gods killed the serpent Jörmundgander and bound the wolf Fenrir. They banished her for fear that Hel wanted revenge. Despite being associated with hell, she is a character with a sense of justice. She was responsible for punishing the bad and forgiving the good.

Skadi was the divinity of hunting, forests, and winter. This Norse goddess was a giantess and had two children with Njördr; Freya and Frey. Despite this, the couple separated because she couldn't stand the sea and he didn't like the forest. There is a belief that Scandinavia is named after this Norse goddess.

This Norse god was the twin brother of Freya and the son of Skadi and Njördr. He was considered the god of fertility, the sun and the rain. He had a chariot that was pulled by a golden boar. He is also considered by some to be an ancestor of the Swedish royal house's own mythology.

Freya was the Norse goddess of love. She was associated with the moon and magic as a clear antithesis of her brother Frey, who was associated with the sun. Freya also had a golden boar and a chariot drawn by two cats. She is often confused with Frigg due to her relationship with the Valkyries and the similarity of both names. Frigg was the mother of the Valkyries, but it was Freya led them. The Valkyries chose those who would live or die in battle.

Another of the very important gods in Norse mythology is Tyr, the god of justice, victory and war. He was considered in the Germanic towns as the main god, before Odin. According to legend, Tyr lost one of his hands while binding the wolf Fenrir.

He was the protector of the gods and was in charge of protecting the Bifröst rainbow that, according to Norse mythology, connected Asgard (the world of the gods) with Midgard (the world of humans). Furthermore, Heimdall had unparalleled hearing and vision and slept very little. According to legend, he was able to hear the growth of sheep's wool.

The next very important goddess in Norse culture and mythology is Idunn. This divinity represented immortality and youth. She was Bragi's wife and was in charge of guarding and protecting the golden apples that provided eternal youth.

In Norse mythology, Bragi was regarded as god of poetry. This Norse god was a partner of Idunn, known as the goddess of youth and immortality. Bragi was the god responsible for receiving fallen warriors into Valhalla.

The three Norns were mythological beings, specifically female spirits descended from gods, elves, and dwarves. They were responsible for weaving all the threads of destiny at the foot of the Yggdrasil tree. The names of the three Norns and what they represent are Verdandi (what is happening now, the future), Urd (what has happened, destiny) and Skuld (guilt, what should be).

If you enjoyed this article on Norse mythology, perhaps you would like to learn more about mythology and belief with these related articles:

If you want to read similar articles to Norse Mythology Gods and Goddesses List, we recommend you visit our Culture & Society category.

What Is The Difference Between Myth, Legend And Fable
Are Peacock Feathers Bad Luck?
The Legend of the Green Children of Woolpit
How Did Buddha Die
Most read
1.
What Does it Mean when you Dream your Partner Leaves you?
2.
How To Know Your Zodiac Sign
3.
How to Deal with an Angry Scorpio
4.
How to Deal with an Angry Virgo
5.
What Does Dreaming About Pigeons Mean?
6.
What does Showing Two Fingers Mean
7.
Dreaming About an Ex and Their New Partner
8.
What Are the Meanings of Dreaming of Water 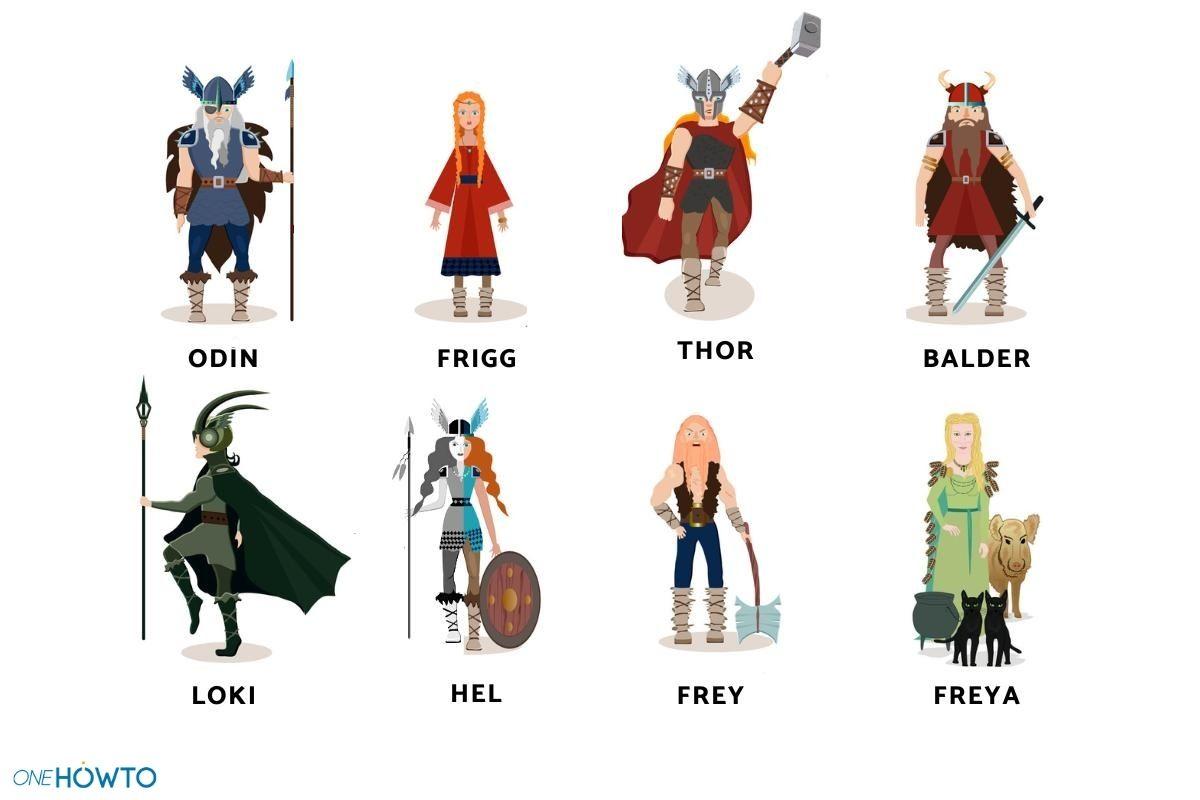 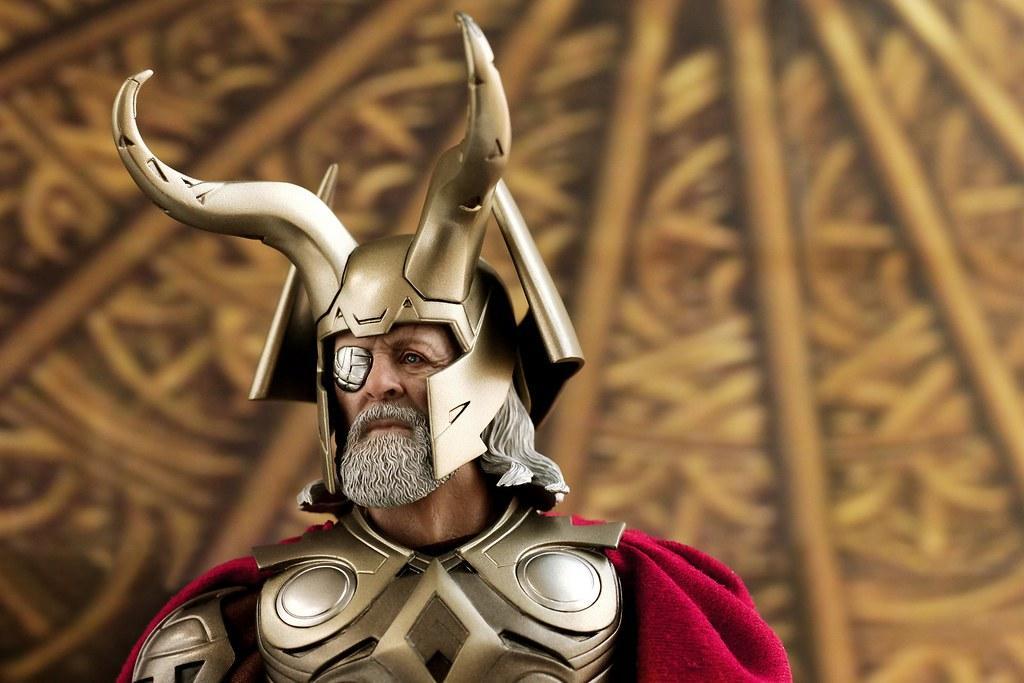 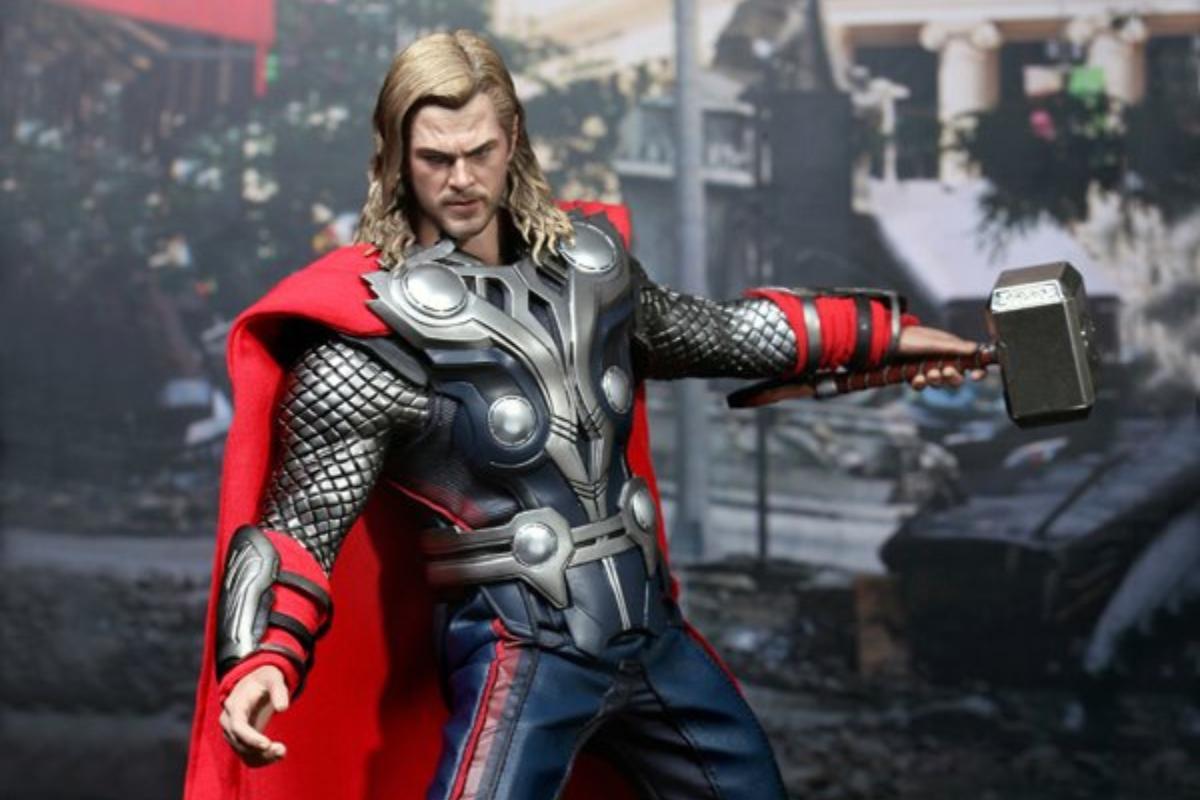 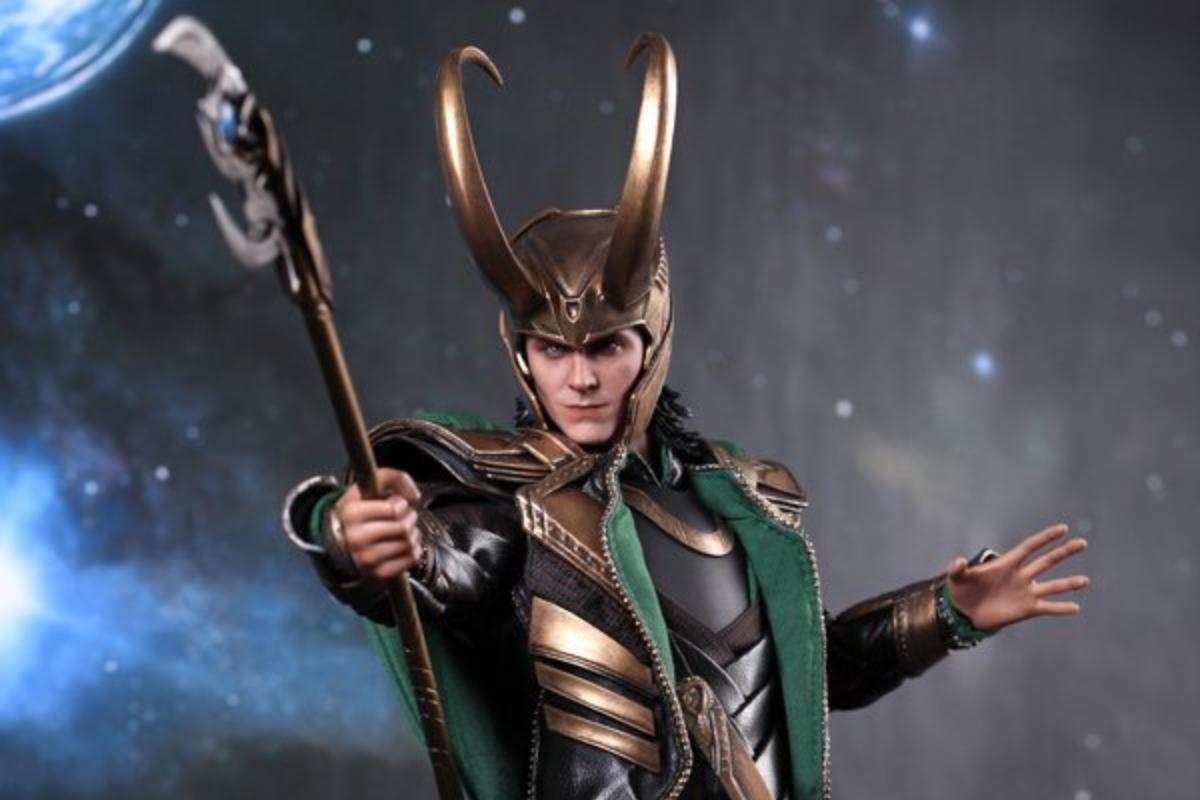 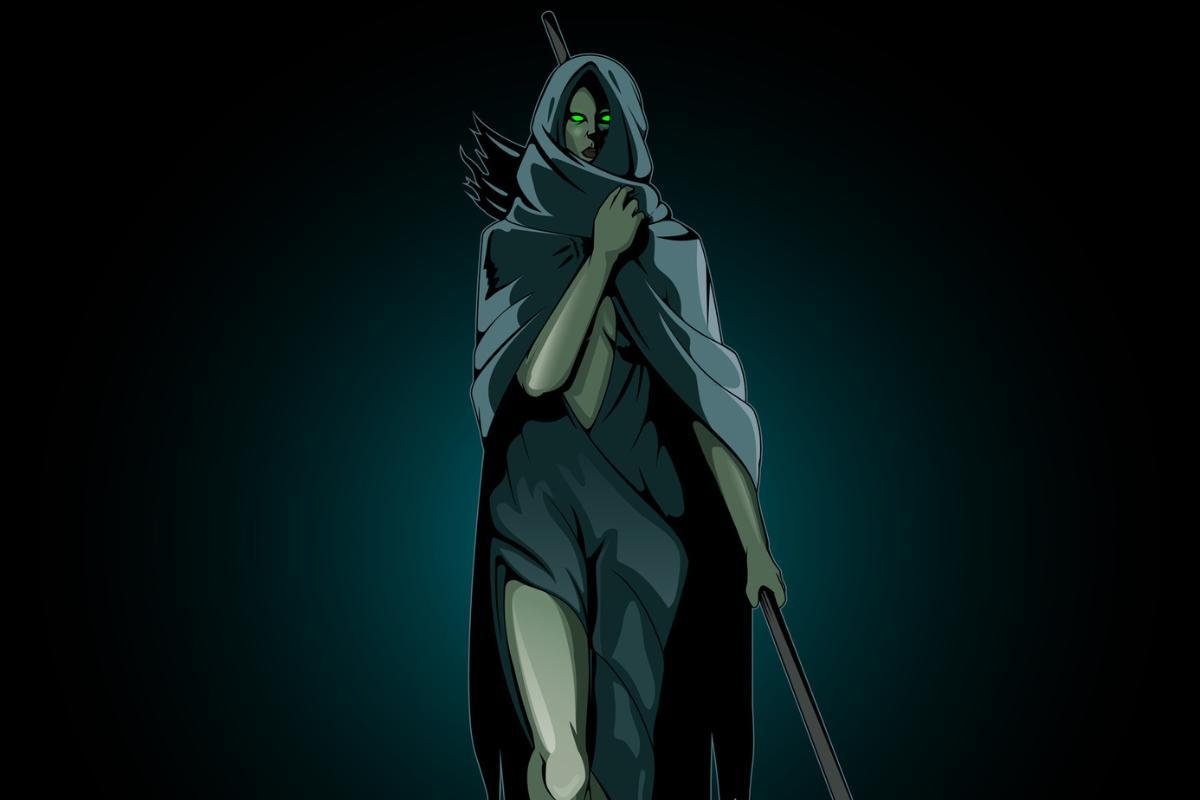 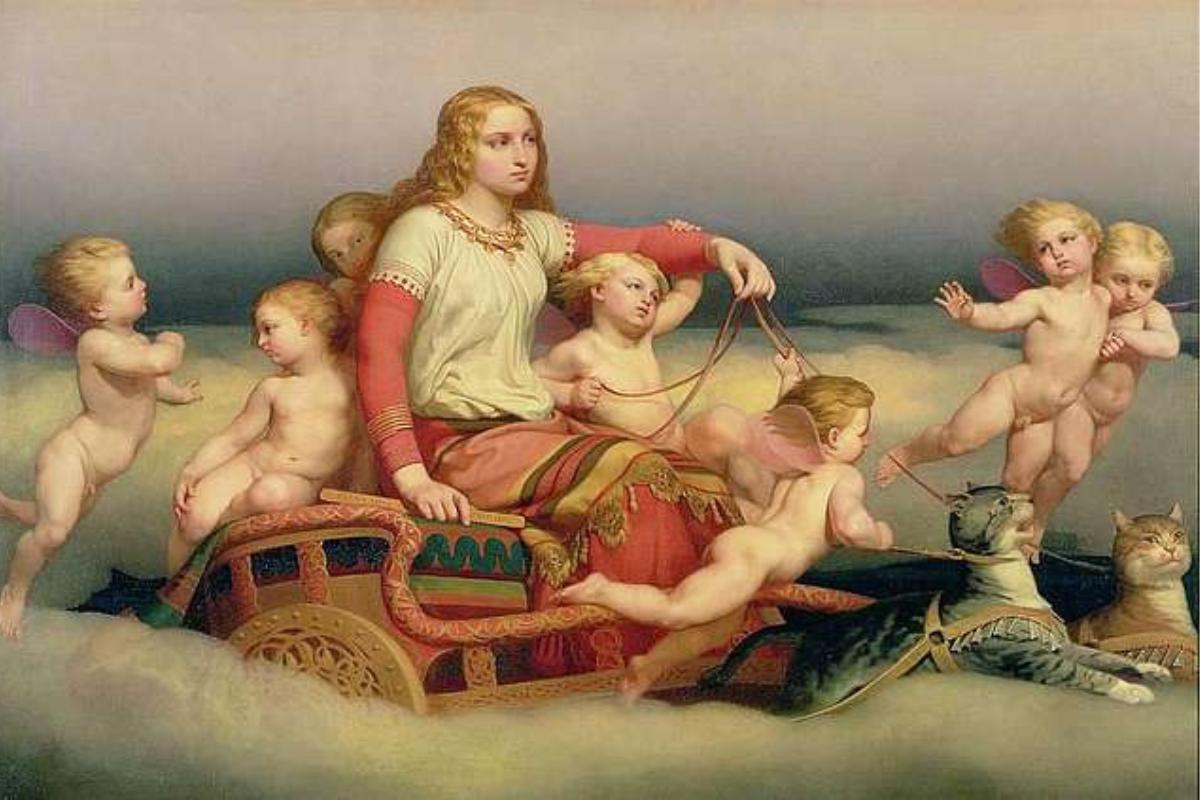 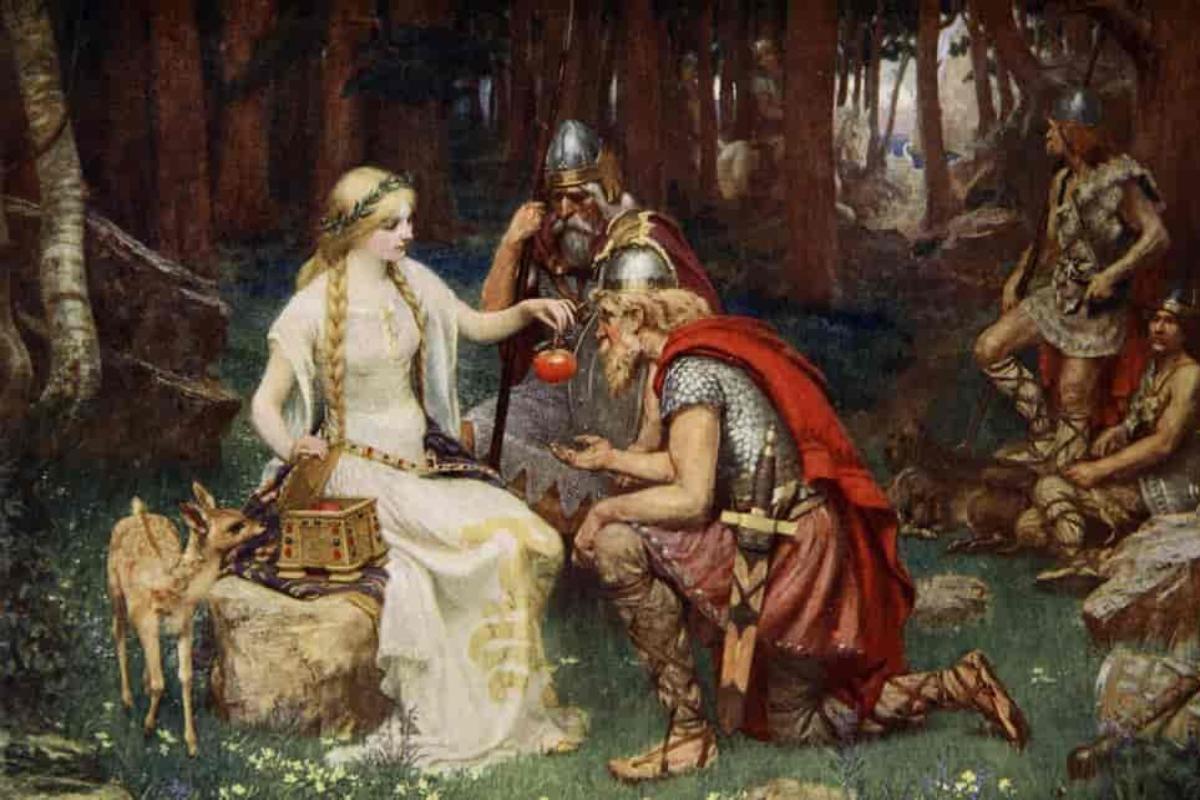