Is Buddhism Polytheistic Or Monotheistic? 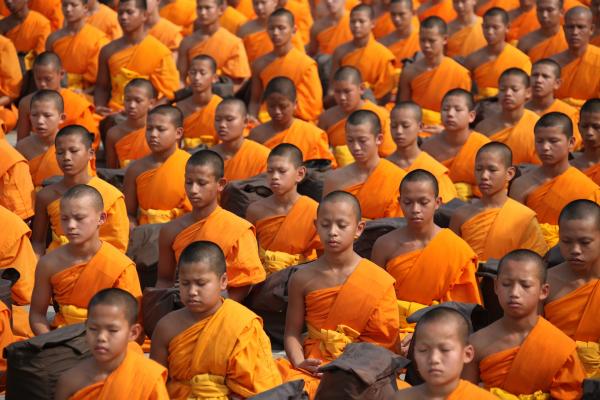 Buddhism is one of the most widespread religions across the globe. Its followers practice not only across the east and south Asia, but in other parts of the world as well. Despite its popularity as a religion, many people have misunderstandings of their core beliefs. They often think of monks in robes perhaps worshipping a stone Buddha or chanting in a temple. However, even if the practices are not well-known, some of the core principals are not understood also. One principal is not just what type of god do they worship, but how many of them are there. That’s why you may ask is Buddhism polytheistic or monotheistic? The answer is simple and surprising, so oneHOWTO reveals the answer as well as going over some of the basics.

You may also be interested in: How do Buddhists Pray?
Contents

When it comes to religious faith, there can be three main variations and they usually revolve around the godhead around which it is founded. This is, of course, if there is a godhead to begin with. They are the following:

In terms of Buddhism, proponents follow the teachings of Lord Gautama Buddha and you will find his figure in many Buddhist temples and monasteries. But remember, Gautama Buddha was not a god. On the contrary, he was an ordinary man who travelled the world to spread the message of Buddhist awakening.

Understanding the non-theistic nature of Buddhism

When we talk about Buddhism, it is neither polytheistic nor monotheistic. As compared to Islam, Judaism or Christianity, Buddhism does not have a God who created this world. This religion is based on the values and teachings of Gautama Buddha. He was an ordinary man who had attained awakening and enlightenment (known as nirvana) around 6th century BC. According to Buddhist beliefs, every human being is in charge of his or her own awakening, which can be achieved through moral values, ethical living, wisdom attainment and meditation. Buddhism does not believe in having a relationship between humans and Gods.

Despite the absence of any god in Buddhist religion, you still see some holy figures when you enter a Buddhist temple. Some of these common figures include White Tara, Green Tara, Manjushri, Avalokitsvara, Kuan Yin and a few others. You need to understand that these figures are not gods or deities, but bodhisattvas. These are varied manifestations of wisdom essence associated with highly awakened people.

Followers of Buddhism may call upon these figures for blessing or protection. Many Buddhist followers bow to Gautama Buddha’s statue, but this is out of respect and gratitude rather than worship. Some images and idols are also used by Buddhist meditation practitioners to aid in their practices. Buddhist religious doctrines and texts do not support the practice of worship or prayer of these deities, not even Buddha himself.

What do Buddhists believe in?

Now that you know that there are no ‘gods’ in Buddhism, you might think what do Buddhist followers believe in? In essence, the core belief of Buddhism is suffering that is considered to be a significant part of human life. A Buddhist should try to achieve liberation from this suffering. The main causes of suffering are craving, desire, greed, expectations etc., and the aim of every Buddhist’s life is to live without these behaviors and emotions. Due to this belief system, Buddhism is often regarded as a philosophy rather than a religion.

Buddhists do not believe in any unseen deities and they don’t feel the need to have faith in any unseen forces. Every human being can see and sense suffering and the core Buddhist teachings set rules to be a better person. The figures of Bodhisattvas that we see in Buddhist temples and artwork are not gods, but they are ascended masters who were humans like us. They achieved enlightenment during their life, identified their own salvations and came back to spread their values and teachings to the world.

The beginning of Buddhist non-theism

Over 2500 years ago, Siddhartha Gautama was born in a royal family of Nepal. He used to live a luxurious life until he left his royal enclosure and encountered common people’s sickness and sufferings. He realized that suffering is inherent in human life and decided to find a way to attain Dhamma (Truth) and end sufferings. Over many years of meditation, he attained nirvana (enlightenment) and became a Buddha. This is often through prayer or meditation, but not to a ‘god’.

The word Buddha means an ‘awakened one’. Upon enlightenment, Gautama Buddha travelled across the world to preach his realizations and let every human being rise beyond human life's sufferings. There are two major sects of Buddhism. One is Theravada and the other one is Mahayana. Theravada is common in Thailand, Burma, Sri Lanka and Cambodia, and Mahayana is common in Korea, Japan, Taiwan, China and Tibet.

One of the core Buddhist teachings is the understanding that suffering is an integral part of human life because of people’s desires and cravings. Because of the fact that everything in this world is impermanent, every human being faces suffering at one time or the other in their life. Buddhist teachings claim to lead to awakening, after which a person learns to live without any cravings, desires and expectations. This is through reaching a level beyond that of suffering.

Buddhism seldom believes in any unseen faith. It teaches the significance of every individual experiencing directly from the Buddhist thoughts. One should test each idea himself to decide whether it is true or not. Every human being has inherent ‘Buddha consciousness’ which they need to use to achieve enlightenment and end all suffering. By following Buddhist teachings, a person can develop compassion, kindness and freedom from consciousness that makes a person feel smaller and restricted.

According to Buddhist belief, the only way to achieve true liberty is by meditating and directly inquiring into the state of consciousness. Due to all these beliefs, Buddhist religion does not believe in any god, but in direct realization of human suffering and freedom from it.

If you want to read similar articles to Is Buddhism Polytheistic Or Monotheistic?, we recommend you visit our Culture & Society category.

How to Tell Your Parents You Don't Believe in Religion
Is Rama Younger than Sita?
What Is A Muslim Priest Called?
What Is the Meaning of Ramadan
Most read
1.
What Does it Mean when you Dream your Partner Leaves you?
2.
How To Know Your Zodiac Sign
3.
Dreaming About an Ex and Their New Partner
4.
How to Deal with an Angry Scorpio
5.
How to Deal with an Angry Virgo
6.
Signs A Virgo Woman Is Falling For You
7.
What does Showing Two Fingers Mean
8.
What Does Dreaming About Pigeons Mean?

Is Buddhism Polytheistic Or Monotheistic? 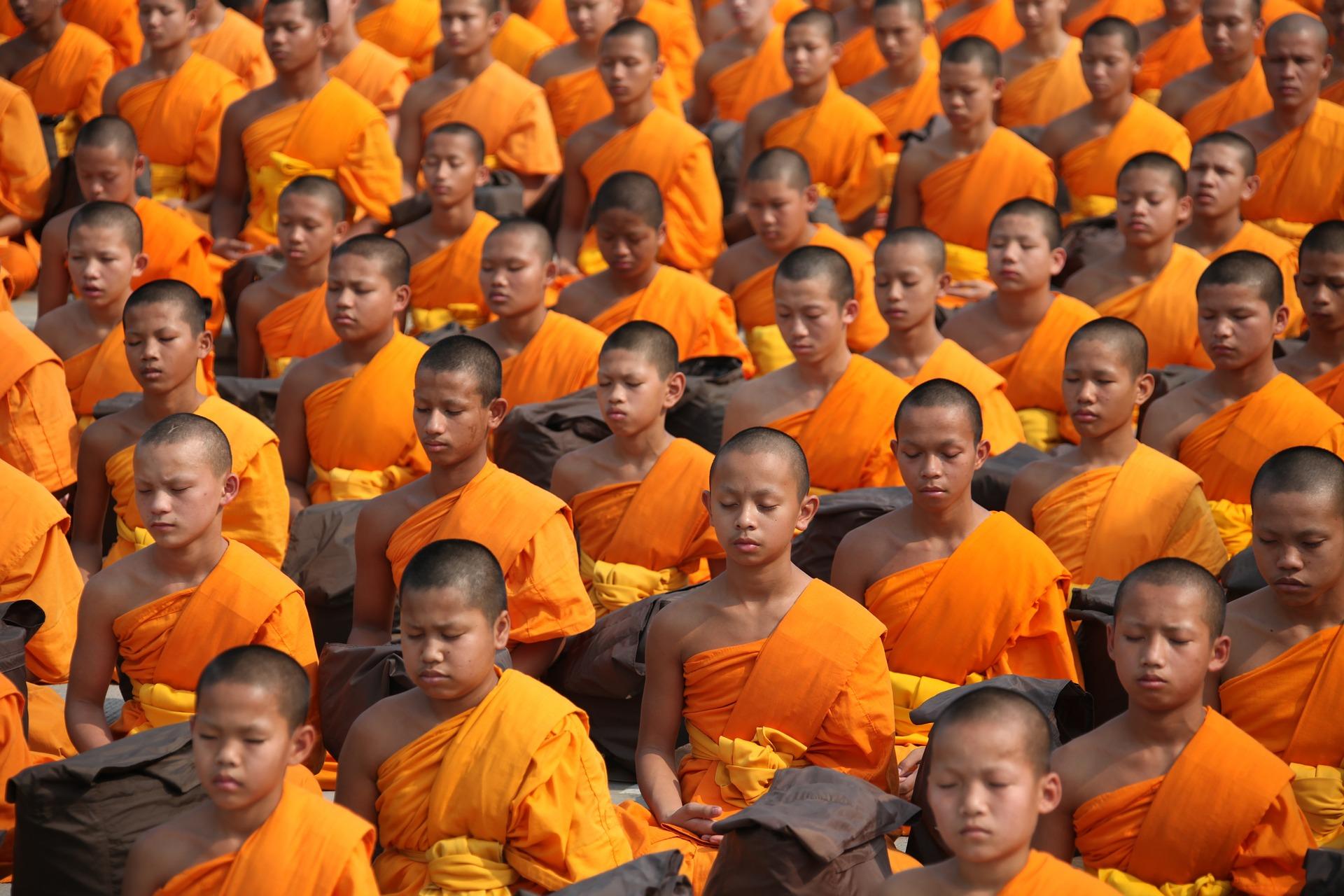 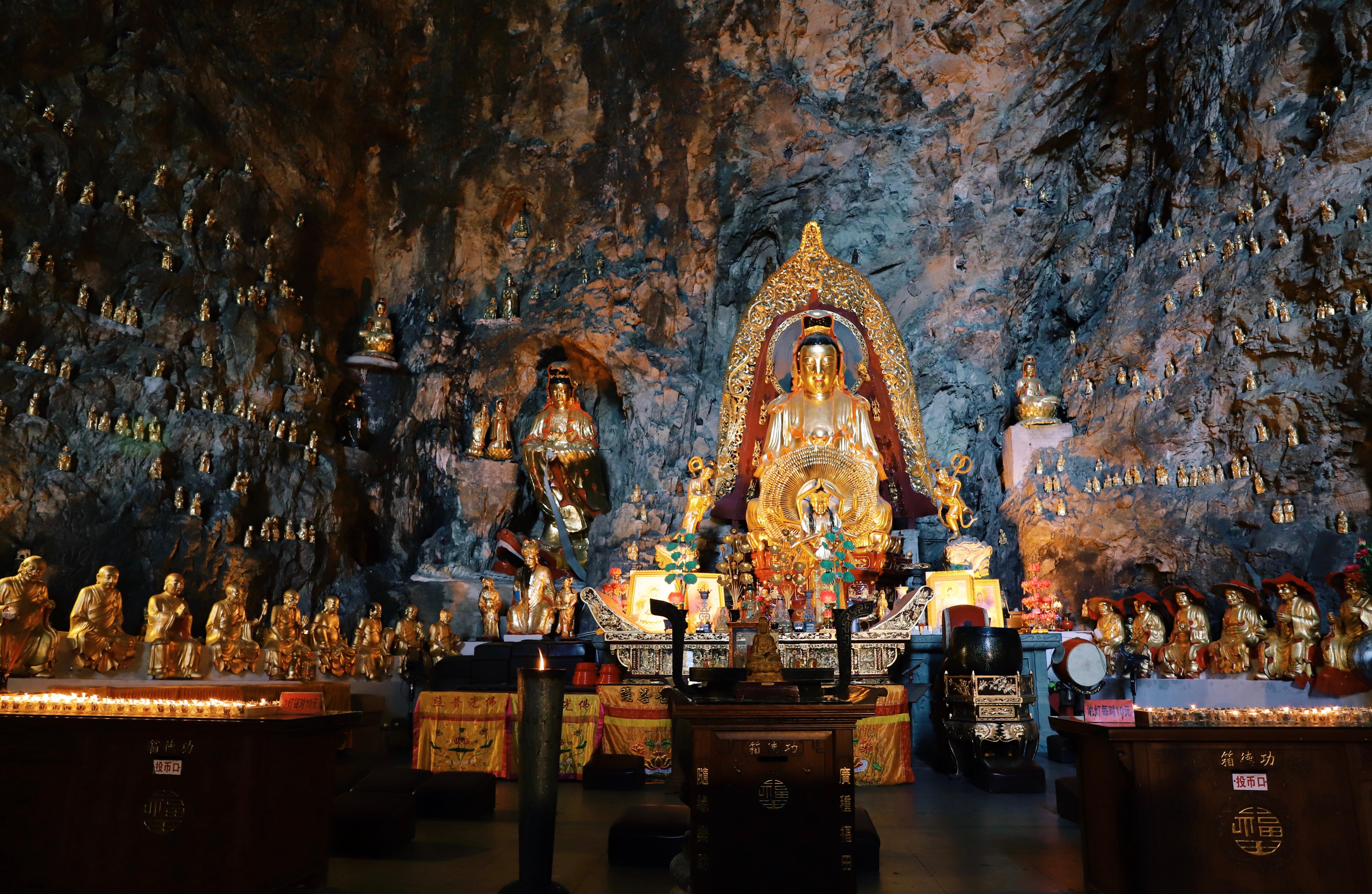 1 of 2
Is Buddhism Polytheistic Or Monotheistic?
Back to top