What Does Namaste Mean in Yoga?

Whether you are a regular yoga practitioner, you are likely to have heard the word namaste. You may not have even heard it in relation to yoga. It could have been told to you by someone you met or used by a friend in various situations. Although the word namaste has been used frequently in various relaxation and spiritual practices, the origin of namaste and its means encompasses all aspects of life. At oneHOWTO, we ask what does namaste mean in yoga? We look at all the connotations within and outside yogic practices to answer the question comprehensively.

What is the origin of namaste in yoga?

Namaste is one of the most used words in any yoga class. Once you walk through the doors and see your instructor and other yoga practitioners, the word is almost immediately exchanged. This is because namaste is a word used as a greeting. It is often used as a replacement for both hello and goodbye. The origin of the word namaste in yoga lies in South Asia, specifically in India and Nepal.

The meaning of namaste comes from the Sanskrit language. This language derives from what is now Northern India about 3,500 years ago. At a semantic and etymological level, the word is composes of two parts:

The literal translation of namaste into English, therefore, is ‘I revere myself to you’. This is more loosely translated as ‘I bow down to you’. There are also variations of the written word which include namaskar and namaskaram, but the translations are very similar.

For people who practice yoga, it is common to hear this word used during their classes. It is used to both open and close yoga sessions. It is an expression which is used to convey greetings and good wishes. It is most commonly accompanied by a specific gesture known as either añjali mudrā or pranamasana, depending on whether you are sitting or standing, respectively. This is a bowing motion where the hands are clasped together.

Although we have explained the direct meaning of namaste in yoga, it has other uses in its native cultures. It is often used simply to say ‘hello’ or ‘goodbye’, as well as to give thanks, show veneration, welcome someone or even to pray.

As we have seen, namaste is much more than a greeting. It is used in many disciplines of a spiritual nature, since it represents the belief that there is a divine aura in each one of us. The light in our souls can be expressed through this word. It is used in such a way that we honor not only the person in front of us, but also our belief in the divine (if we have such a belief).

This spiritual meaning implies the concept of atman or ‘light’, i.e. the supposed divine presence that lives in each one of us. The symbol of namaste with the palms of the hands joined is used to highlight this aspect. The two hands coming together symbolizes ‘the divine in me greeting the divine in you’.

Due to the depth and spirituality of the word and its symbolism, the use of namaste can influence the way we relate and experience the day to day. Its purpose goes beyond the greeting itself. Through namaste, it is believed you can:

The idea is that the intrinsic nature of the word, both when listening to it and when saying it aloud, allow you to participate in a process of spiritual evolution. By using this word, you stimulate your inner peace and transmit your desire to respect to others.

How to do the namaste greeting

In the West, it is most common to both say the word namaste out loud and use the gesture at the same time. However, in India, it is usually sufficient to simply use the gesture and it is not necessary to verbalize it. Being able to communicate your feelings without having to say a word is usually preferable, especially in places of worship where silence is beneficial.

The basic añjali mudrā or pranamasana gesture is done by joining the hands at chest height, commonly associated with prayer. It is held from the center of the body and is also usually accompanied by a slight bow of the head. To show deeper respect, you can place your palms in front of your forehead, where the ‘third eye’ is said to be located. You can then bow your head and lower your hands to your chest as you do so, ending in where the chakra is located.

Symbolism according to culture

The namaste gesture, like any other gesture, is considered a mudra, i.e. a symbolic position of the hands that has spread across various Eastern cultures and religions. However, although this is the symbol of namaste on a general level, there may be varying connotations depending on the culture.

As we have seen, it is common to bring the hands together in the form of a prayer in front of the chest or in front of the forehead, but they can also be placed under the chin, below the nose or on the head.

Now we have learned the meaning and origin of the word namaste, we can go back to focusing on yoga. If you want some help, you can take a look at our article on the best yoga poses for non-flexible people.

If you want to read similar articles to What Does Namaste Mean in Yoga?, we recommend you visit our Culture & Society category.

What Does Kamayan Mean
What is Kintsugi Philosophy in Pottery?
What is the Real Meaning of 420?
What Are The Most Common Surnames In The World
Most read
1.
What Does it Mean when you Dream your Partner Leaves you?
2.
How To Know Your Zodiac Sign
3.
How to Deal with an Angry Scorpio
4.
How to Deal with an Angry Virgo
5.
What Does Dreaming About Pigeons Mean?
6.
What does Showing Two Fingers Mean
7.
Dreaming About an Ex and Their New Partner
8.
What Are the Meanings of Dreaming of Water

What Does Namaste Mean in Yoga? 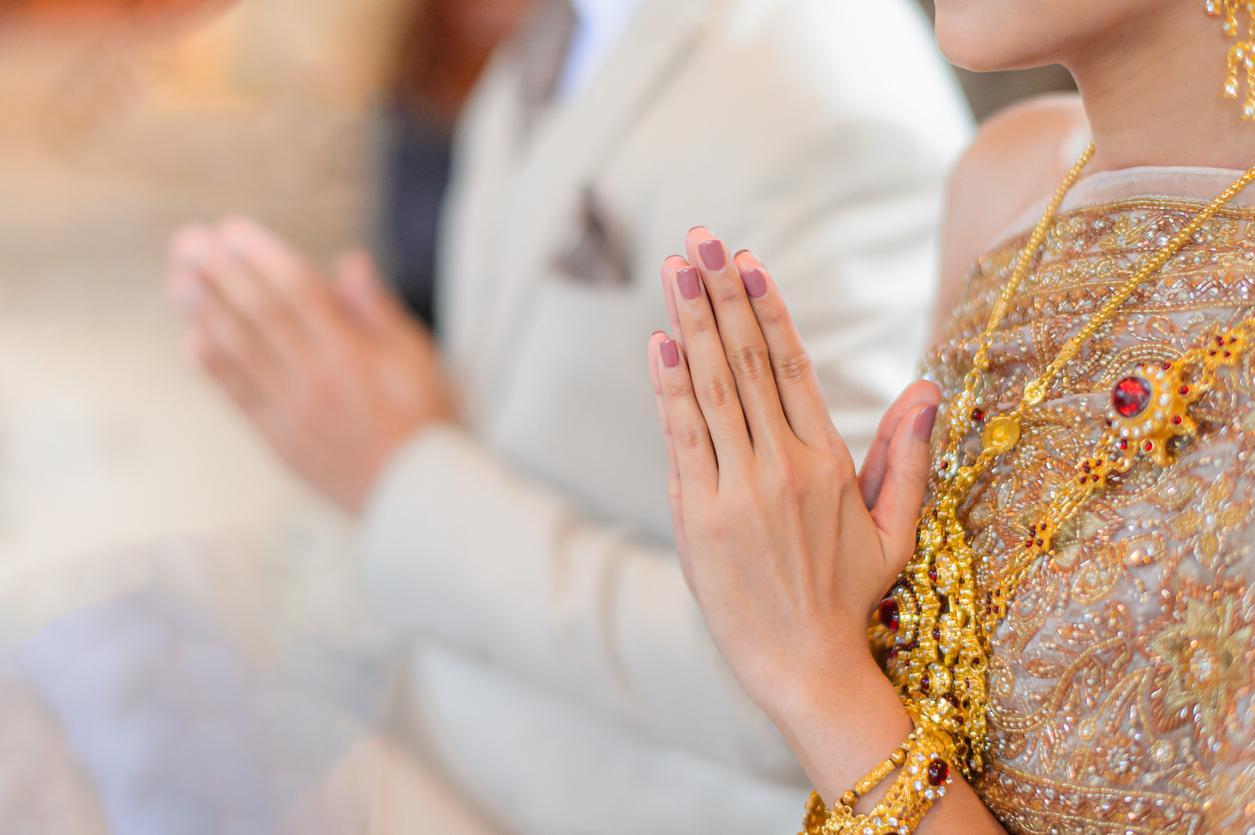 1 of 2
What Does Namaste Mean in Yoga?
Back to top