What Is the Difference Between Chiaroscuro and Tenebrism? 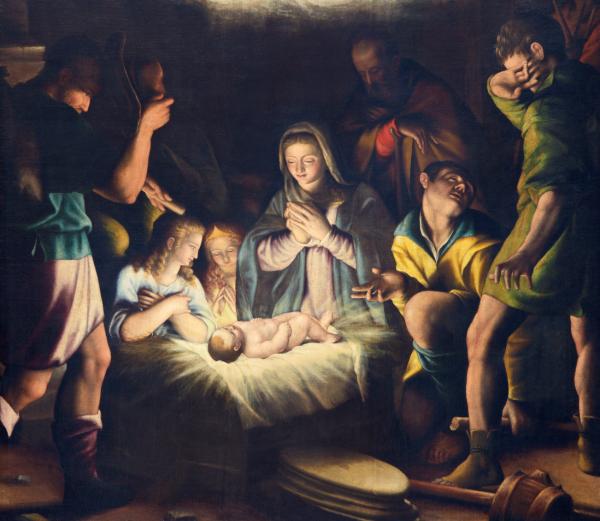 Both Chiaroscuro and Tenebrism are famous kinds of Italian art painting. Both of them are created using a huge variety of dark and light color mixtures. In addition to being very popularly used by Italian artists, a number of Spanish and Dutch artists have also used these art forms in their art works. Although both seem similar, there are certain differences between the two forms of art creation. Read this oneHOWTO article to know what is the difference between Chiaroscuro and Tenebrism.

You may also be interested in: What is the Difference Between a Violin and a Viola
Contents

Chiroscuro is a technique of oil painting that creates three-dimensional forms using contrast between the dark and light. This technique is often used to add a dramatic effect to the artwork. According to the underlying principle, a form’s solidity can be perfectly achieved by using the light that falls against it. Some of the most well-known artists who used this technique include Rembrandt, Caravaggio and Leonardo da Vinci in Renaissance art.

The term ‘Tenebrism’ comes from the Italian word ‘tenebroso’, which means dark and gloomy. It is a painting style that uses striking contrasts in dark and light. In Tenebrism, darkness becomes the dominating characteristic of the painting. This kind of technique is often used to create drama in an image while applying a spotlight effect.

Although Tenebrism was used widely during ancient times by artists such as Albrecht Durer, its inventor is mostly considered to be Michelangelo Caravaggio. He was a Baroque artist active during the late 16th century. He was an Italian artist who was most active in Sicily, Malta, Naples and Rome during his times. Some of his most famous Tenebrism paintings include Martyrdom of Saint Matthew, and Calling of Saint Matthew. Artemisia Gentileschi was also one of the most prominent artists of Tenebrism.

Points of Differences Between Chiaroscuro and Tenebrism

Although there are several similarities between these two techniques, and a lay person may not identify the differences between Chiaroscuro and Tenebrism, there are certain points where they both differ:

Although works of Masaccio, like The Tribute Money and The Holy Trinity, developed during the early 15th century, showed the use of Chiaroscuro technique, the term mostly applies to artworks created by artists during Baroque and Mannerism eras. First use of this style of 3D shading, also known as shadow painting or skiagraphia, was seen in 5th century by works of Apollodoros. However that was a primitive form of Byzantine art, and it was reformed in the West during late Middle Ages. By 1400, it became a common feature in gospel paintings and illuminations. Most notable Chiaroscuro artists were Caravaggio and Rembrandt, who worked during the late 16th and early 17th centuries.

On the other hand, the technique of Tenebrism in art was chiefly adopted during the 17th century only, by Neapolitan and Spanish painters, most notably Caravaggio. Caravaggio introduced this technique during 1571-1610, and many other painters followed him, including Georges de La Tour, Handrik Tefbrugghen, Gerrit van Honthorst and Francisco de Zurbaran.

At the first glance, the painting techniques of Chiaroscuro and Tenebrism seem to be too similar to each other. A common person without much knowledge about painting techniques may not be able to identify the difference in techniques. But in essence, the difference lies in the use of distinct areas of dark and light. Tenebrism is exclusively used to create a dramatic effect in the painting, due to which the technique is also sometimes termed as dramatic illumination. A painter can use this technique to spotlight a person, a person’s face, a group of persons, while leaving the other areas black in order to create a contrast. On the contrary, the technique of Chiaroscuro uses shadows and dark areas to increase 3D effect on a subject. This technique is commonly used for enhancing the modeling of certain figures, without focusing the attention or blackening entire areas of the painting to create a dramatic effect. Because of similarities, it is common to use both the techniques of Chiaroscuro and Tenebrism on the same canvas.

Baroque paintings heavily relied upon the use of shadows to create dramatic effects. Caravaggio used the method of Tenebrism to deploy dramatic illumination in his works. His technique spread all over the Europe, and under his influence, Chiaroscuro became an extremely popular form of art in Naples. Artist like Jusepe de Ribera and Francisco de Zurbaran used Chiaroscuro as an essential feature of Baroque art in Spain. German painter Adam Elsheimer also used this technique to create nocturnal scenes in his paintings. Painters from Northern Europe, Rembrandt and Peter Paul Rubens, exclusively used Chiaroscuro to create dramatic 3D effects in their artwork.

As far as Tenebrism is concerned, Caravaggio is the artist who is mostly credited for its invention, though this painting technique was used by several earlier artists as well, including El Greco, Tintoretto and Albrecht Durer. The term Tenebrism is often applied to artists from 17th century. Artemisia Gentileschi was a Baroque artist who followed Caravaggio and was outstanding at Tenebrism. These artists used sources of light in order to illuminate certain parts of the paintings, while usually using candles. They often painted many candle-lit scenes in their creations. Many painters used extreme lighting in order to achieve a mood of tranquility and stillness. They were typically interested in creating dimly-lit areas in the paintings instead of spot-lit ones. The light used to diffuse smoothly across other areas of the picture.

Now that you are well-versed with the differences in Chiaroscuro and Tenebrism, you should not confuse between the artworks using these techniques. Studying a few examples of both the art forms will give you a clearer picture of how both of them are different from one another.

If you want to read similar articles to What Is the Difference Between Chiaroscuro and Tenebrism?, we recommend you visit our Learning category.

What is the Difference Between a Band and an Orchestra
The Difference between Paleolithic and Neolithic Art
Who is Banksy and Why is he Famous?
What Is Reggaeton and Where Does It Come From
Most read
1.
What Does it Mean when you Dream your Partner Leaves you?
2.
Dreaming About an Ex and Their New Partner
3.
How To Deal With A Scorpio Man Ignoring You
4.
How To Know Your Zodiac Sign
5.
How to Deal with an Angry Virgo
6.
How to Deal with an Angry Scorpio
7.
Signs A Virgo Woman Is Falling For You
8.
What Does It Mean If You Dream About Someone Being Sick?

1 comment
Rating:
David Boulton
06/11/2019
Thank you, thank you !!! As a student of photography and researching ''tenebrism' I have found this article very informative. In a world of misinformed fools and want-a-bees on the internet, I have now found confirmation of my suspicions that nearly 95-99% of supposed 'tenebrism 'photos on the internet are in reality only chiaroscuro. Just goes to prove that there is no accounting method for ignorance and/or stupidity.

We're so glad we could help you out!
What Is the Difference Between Chiaroscuro and Tenebrism? 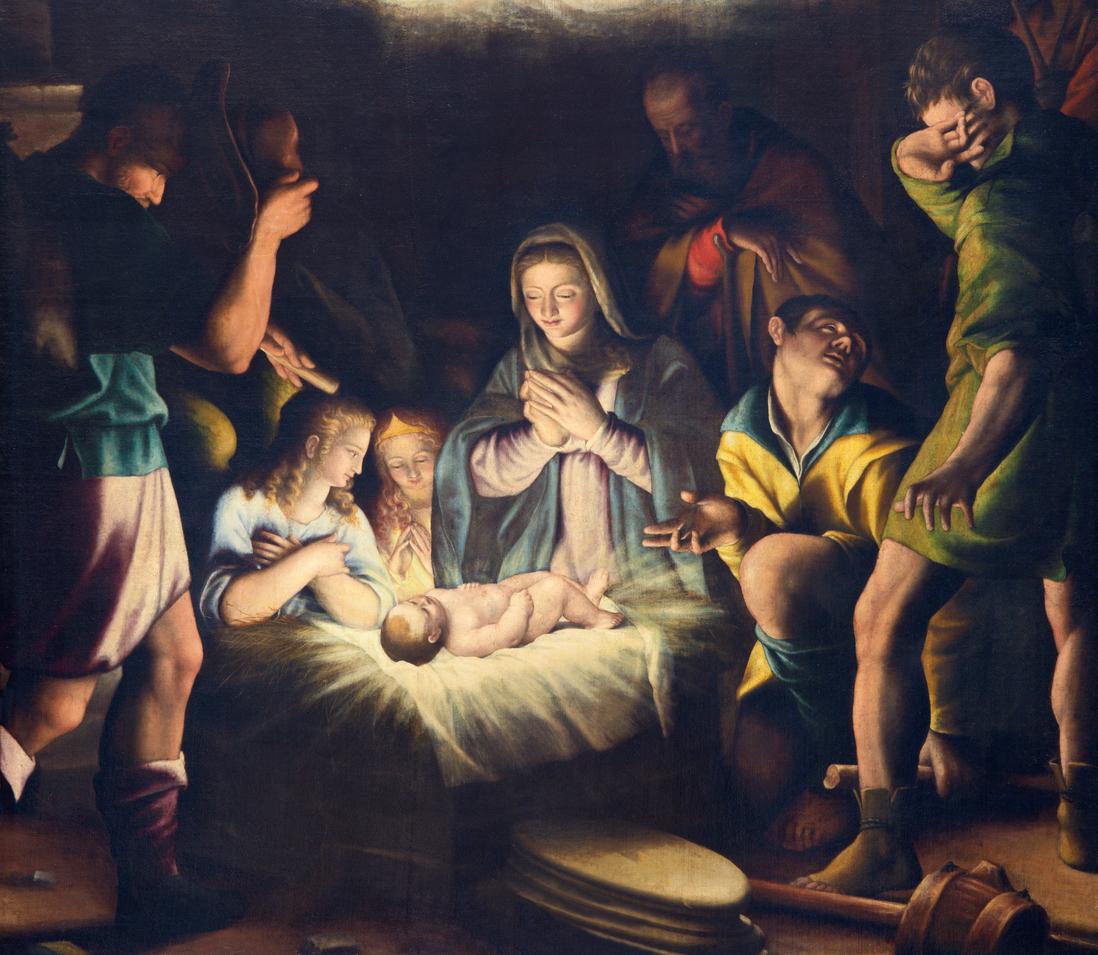 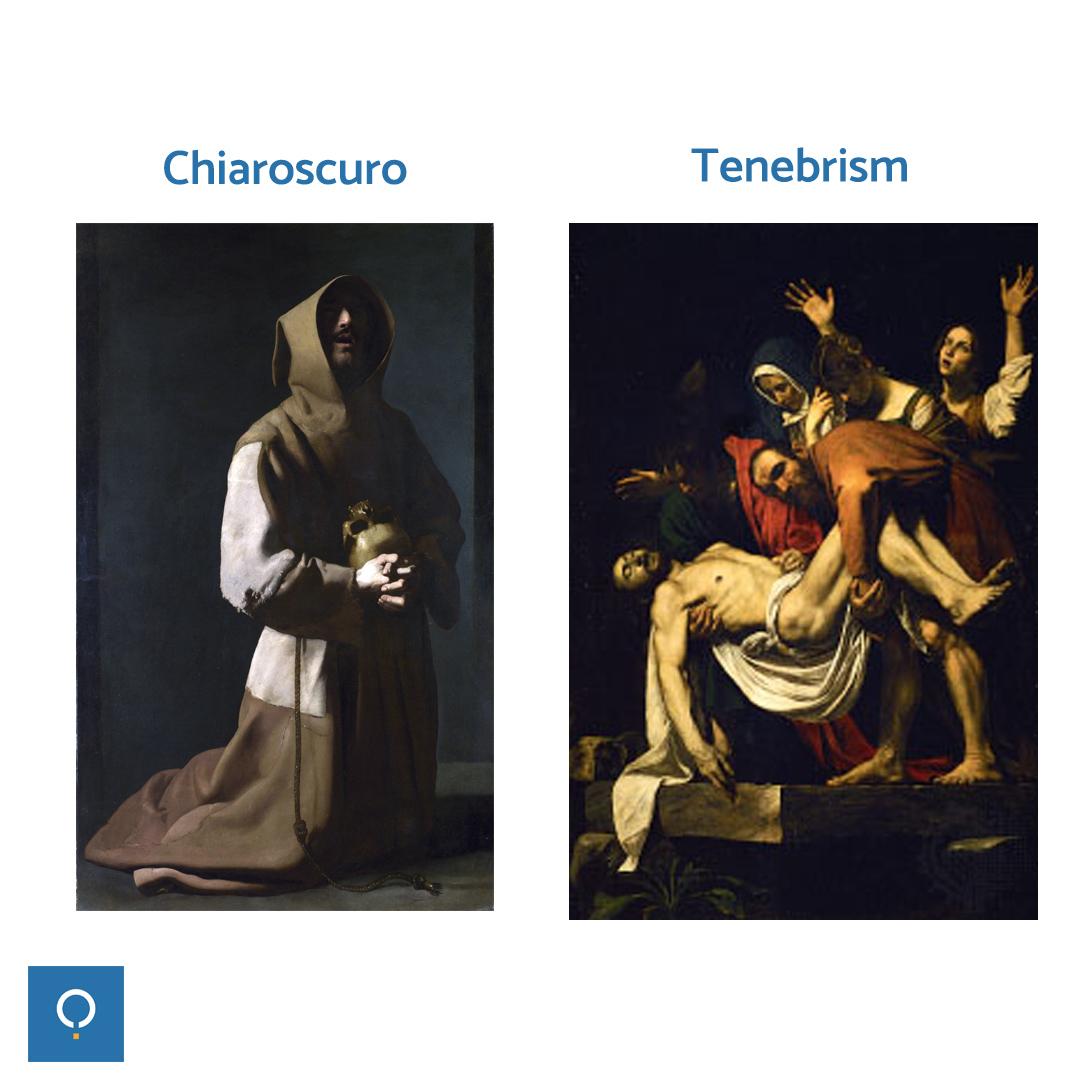 1 of 2
What Is the Difference Between Chiaroscuro and Tenebrism?
Back to top