Who is Banksy and Why is he Famous?

Banksy is a graffiti artist based in England. He is best-known for his political and satirical style artwork featured on walls and bridges throughout the world. Banksy's artwork grew out of the Bristol Underground Scene, and since then he has slowly become famous for his art throughout the world. Due to the fact that his graffiti often leaves a political message, he is now considered a political activist, and has even produced and directed his own films. But perhaps one of the most mysterious elements about Banksy himself, is that throughout his fame, he has managed to remain anonymous, adding a certain mystery to his profile. Like other prominent artists, Banksy's art has become influential to many due to the important messages that it spreads, and he has become an important figure in urban art. If you're curious about the ever mysterious Banksy, keep reading this OneHowTo article, as we delve deeper to explain who Banksy is, and why he is famous.

You may also be interested in: Why Is Andy Warhol's Campbell's Soup Famous?
Contents

Banksy grew up in Bristol, UK, and it was here that he first started doing gang graffiti as part of the DryBreadZ Crew. The city of Bristol is famous for its underground scene, a culture that grew from graffiti art and drum and bass music, and is still present in the city today. The scene truly began in the 1990's and it was around the period that Banksy started to experiment with freehand graffiti. He is said to have been inspired by other local artists and musicians too.

Of course graffiti was, and still is, illegal and classed as vandalism so although Banksy may have been creating masterpieces in urban art, he was still breaking the law. He adopted the name Banksy to protect his identity and avoid prosecution.

As Banksy started to develop his own style of graffiti, he started to use stencils along with his freehand painting style. He has said that this is partly due to the influence of French graffiti artist Blek Le Ret, who is known for a unique visual style and also political messaging. Banksy started to create his own stencils which he would go on to use to create the political pieces of artwork fuelled by the anti establishment views that he had grown up around in Bristol.

Banksy went on to create some new pieces around his home City that targeted political hypocrisy and social injustice. His graffiti was dark yet witty, it was a satirical style that started to really get people's attention.

Moving to London gave Banksy a chance to meet with other like minded people and a collaboration began that increased his public image and was the true start to his impending fame. His artwork started popping up all over London and naturally caught the attention of the media and profile started to grow. Some of Banksy's artwork was removed, but the majority of it still remains there today and tends to be somewhat of a tourist attraction.

Banksy's artwork then started to target big companies, those including Tesco and Nike. Other pieces expressed his views on globalisation and and corporate greed, and because a voice towards what was wrong with society, and essentially the world. One piece in particular appeared in London around the time of the Queens jubilee ceremony in 2012. It depicted a child labourer working to make the Union Jack bunting for the jubilee celebrations. The piece was entitled 'Slave Labour'.

Banksy started working with a photographer named Steve Lazarides who became his agent and publicist. After releasing a book of Banksy's work and eventually globalising his artwork and message, Banksy started to create his own form of art exhibitions. He shunned the traditional galleries, and hosted them in abandoned warehouses and underground tunnels. In true Banksy style, he wanted his artwork to be accessible to everyone, not just those who can afford to appreciate art.

Not long after, his artwork started to appear in different states of America and as far as Australia. But perhaps his most famous and most outspoken piece was in the Middle East. Banksy targeted the Israeli movement in Palestine and used the West Wall to criticize Israeli militarism and oppression. One included a young girl who who appeared to be using balloons to float above the wall and escape the conflict they were trapped among.

As for Banksy's identity, nobody is 100% sure. British newspaper The Daily Mail conducted an investigation and concluded his real name was Robert Gunningham, but this has never been confirmed. Perhaps what makes Banksy a true voice of the people is that we will never really know who he is. As he once said 'If you want to say something and have people listen, you have to wear a mask'. The latest suspicion is that Bansky is Robert del Naja from the band Massive Attack. This was though after DJ Glodie accidentally referred to Bansky as Robert in an interview.

Take a look at some of Banksy's artwork and their locations here.

If you want to read similar articles to Who is Banksy and Why is he Famous?, we recommend you visit our Learning category.

What Is the Difference Between Chiaroscuro and Tenebrism?
How Did Andy Warhol Become Famous?
What Is a Mood Board and How Is It Made?
What Is Reggaeton and Where Does It Come From
Most read
1.
What Does it Mean when you Dream your Partner Leaves you?
2.
How To Know Your Zodiac Sign
3.
How To Deal With A Scorpio Man Ignoring You
4.
How to Deal with an Angry Scorpio
5.
What Does Suspended Indefinitely Mean
6.
What does Showing Two Fingers Mean
7.
How to Deal with an Angry Virgo
8.
Signs A Virgo Woman Is Falling For You

Who is Banksy and Why is he Famous? 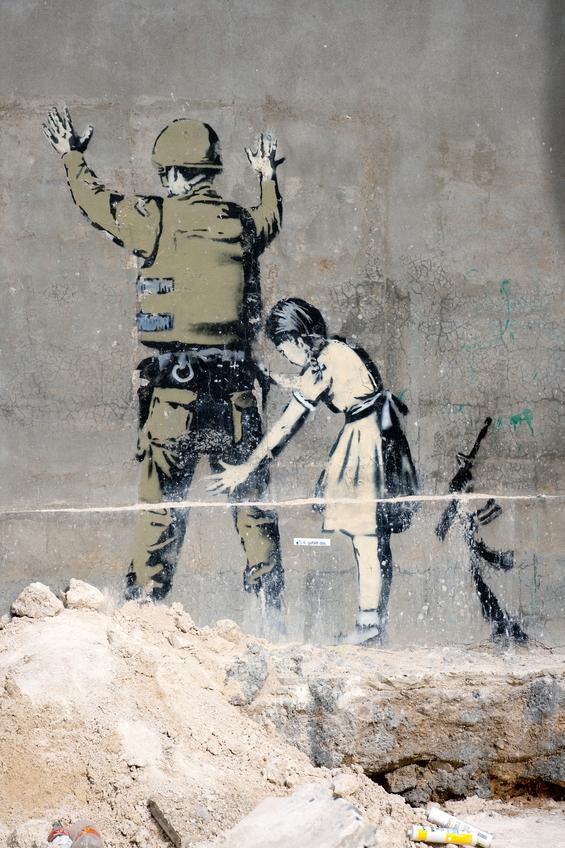 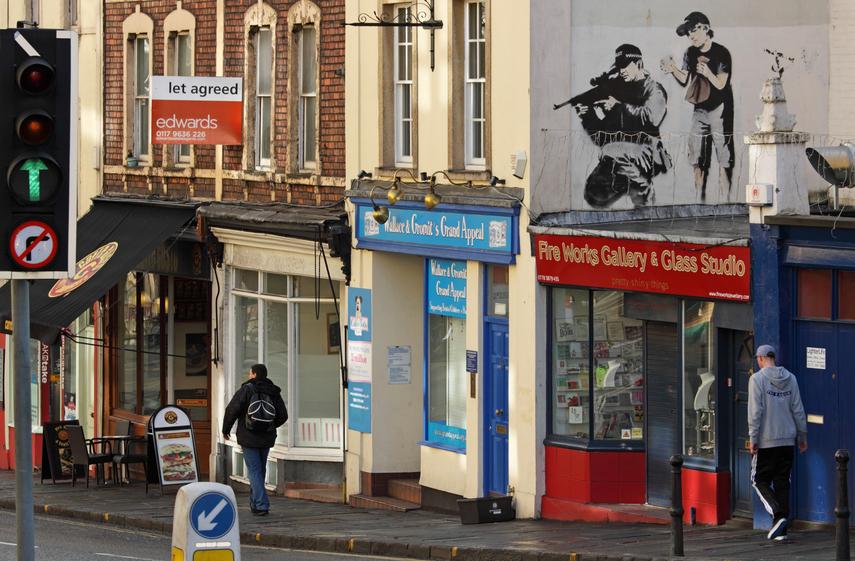 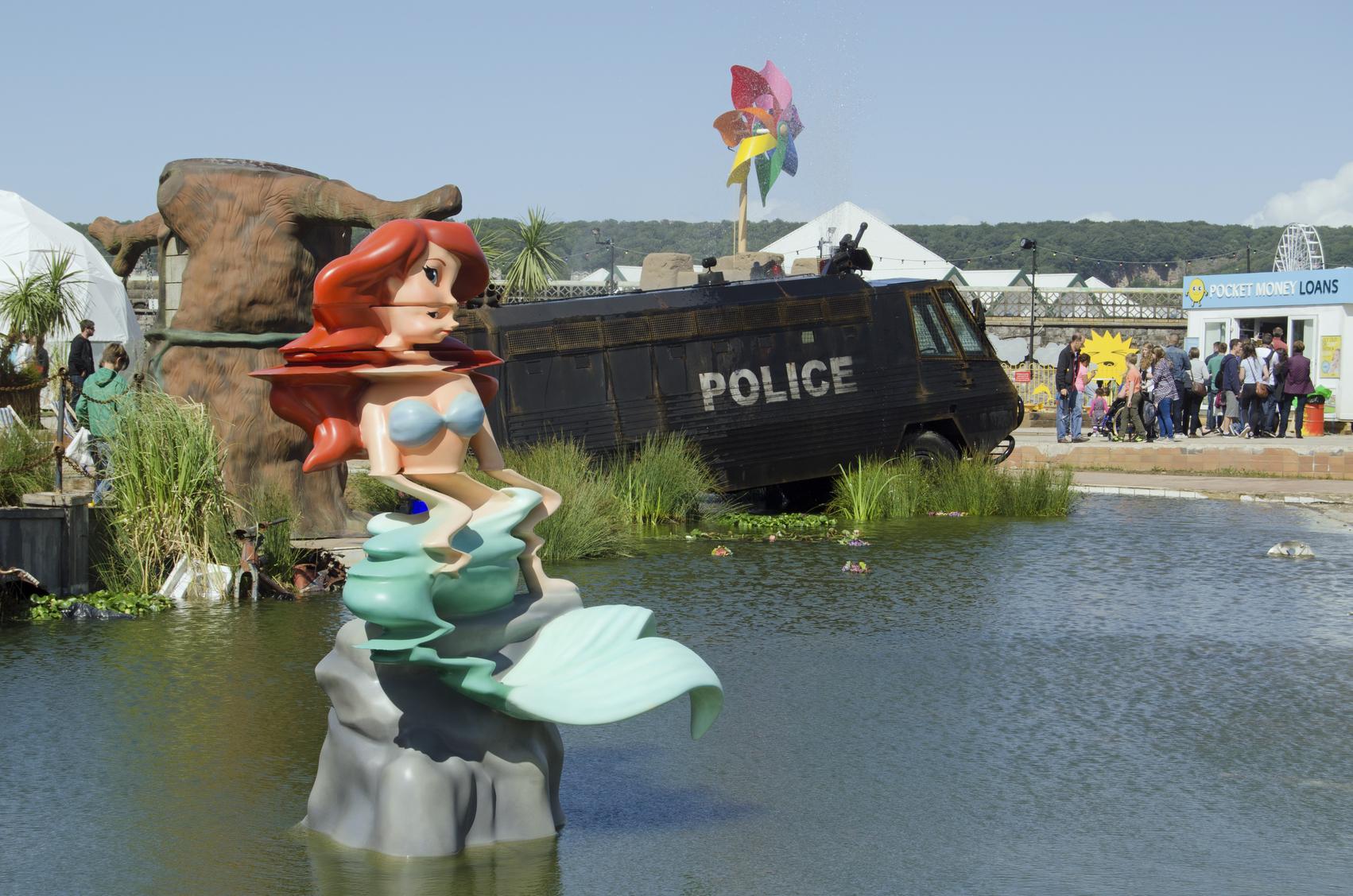 1 of 3
Who is Banksy and Why is he Famous?
Back to top