‘Blessed be’ is a Wiccan term that literally means ‘god bless you’, ‘good luck’ and ‘take care’. When you greet someone with ‘blessed be’, you wish them good things still to come. It is also a common phrase to say in place of ‘hello’ or ‘goodbye’. A common example would be ‘blessed be to your family’, which means may positive things come upon your family. It is a common way to greet someone in Wiccan culture, but it has made its way into other societies and cultures. Read this oneHOWTO article to find more information about ‘blessed be’ meaning, its origins, uses and applications.

You may also be interested in: How to worship a Hindu God at home
Contents

Origins of the Phrase ‘Blessed Be’

If you want to know what is the meaning of ‘blessed be’, you need to look at the origins of the phrase. These origins lie with the fivefold kiss ritual of the Gardnerian tradition. Many Wiccans and neo-pagans use this phrase as a greeting, but Wicca is a relatively new religion and many of the phrases used in it originated from Thelema, ceremonial magic and hermetic mysticism. Gardnerian witchcraft was founded by Gerald Gardner who published his book ‘Witchcraft Today’ in 1954. He is usually regarded as the ‘Father of Modern Wicca’, since all other traditions are said to begin after this Wiccan tradition.

The Fivefold Kiss ritual done in the Gardnerian Wicca is said to be the first tradition that used this term. This ritual involves five kisses placed on the womb, lips, knees, breast and feet, each kiss comes with the phrase ‘blessed be’.

The words to be recited during the ritual are:

Blessed be thy feet, which have brought thee in these ways,

Blessed be thy knees, that shall kneel at the sacred altar,

Blessed be thy womb, without which we would not be,

Blessed be thy breasts, formed in beauty,

Blessed be thy lips, that shall utter the Sacred Names of the gods.

The person performing the ritual, often a priest, kisses a person on these five body parts in order to call for blessing from a God. This ritual is usually conducted to call the God and bless their intentions with success.

A Little Info About the Wicca

The Wiccan tradition was originally secret, initiatory and oathbound. The real meaning of blessed be was for a long time kept under oath. However, over a period of a few years, some groups started forming and Garner's book helped to bring its ideas to a much wider audience. Although it is not a formal religion, it incorporates esoteric knowledge of Kabballah, British legend and eastern mysticism. Wiccans can come from any walk of life, as they may be teachers, doctors, writers, computer programmers or anyone else you find in your locality.

Spellwork and magic are universally used in Wicca, as they see magic as a form of redirection given to natural energy. They perceive magic as a skill set, and they use a number of tools for their purposes, like herbs, crystals, wand, athame, candles etc. Wicca does not believe in the concepts of hell, heaven or sin, they do not perceive women as inferior, and they usually have no objections on nudity and sex. This religion does not have a fashion style and there are no specific costumes that Wiccans have to wear. However, many enjoy wearing cloaks, capes and Renaissance style garb which suits the mystical elements of the belief system.

Use of Blessed Be Out of the Ritual

The phrase ‘blessed be’ found its origins in the Fivefold kiss ritual, but in modern day, it has become a common phrase to greet someone and wish him luck and blessings from God. Many times, you may use the phrase as a parting salutation or as a greeting. A common phrase would be ‘blessed be until we meet next’. This means ‘may God keep blessing you until our next meeting’. But as this phrase is part of a magical ritual, some people are skeptical about reciting it in everyday casual usage.

Some people feel that sacred phrases such as ‘blessed be’ should be used only within traditional Wiccan ceremonies and rituals. They don’t think it is appropriate to use it outside the sacred and spiritual arena. They may even want the meaning of blessed be to be kept only within this group. On the contrary, some people frequently use it in their everyday conversation, such as while saying hello and goodbye.

Response of Blessed Be

Almost every religion and culture has its own way to bestow blessings on others or to themselves. This is most commonly done in the form of a prayer. When you greet a person with ‘blessed be’, they immediately come to know that you are Wiccan if you share their belief or you at least you have some knowledge about Wiccan and Pagan cultures.

Other than its literal meaning, ‘blessed be’ is often received as a welcoming blessing. This kind of greeting often implies some level of familiarity and belonging. When you say ‘blessed be’ to a person, they acknowledge their connection to your larger belonging and understand that you have the same Wiccan background of traditions. In addition to offering a blessing, this phrase is helpful in reinforcing a sense of community and connection between individuals.

Misconceptions About ‘Blessed Be’

While ‘blessed be’ is a common term used for bringing blessings to people, there are certain misconceptions about the phrase as well. One common mistake that many people make while using this phrase is that they use it interchangeably with the phrase ‘merry meet’. This is why using it as a simple ‘hello’ or ‘goodbye’ is frowned upon by some Wiccan. They believe it is too sacred a term and it is meant to be used in ceremonial rituals and proceedings only. The word ‘bless’ itself comes from ‘bletsian’, which is an Old English word meaning making holy, consecrating or giving thanks.

Another misconception about ‘blessed be’ is the belief that it is a word exclusive to only Wiccan culture. While Wiccan religion might be the first religion to use this term in such a specific parlance, it is common through many ancient texts such as the Bible. It is common in Catholic prayers as well as making up parts of famous scriptures such as ‘blessed be the peacemakers’ (Matthew 5:9). Essentially the Wiccan terminology of ‘blessed be’ is similar to greetings in many religions, such as ‘shalom’ in Hebrew cultures as a greeting of peace.

Other than the meaning of ‘blessed be’, there are a number of other phrases that are specific to the Wiccan culture, and are often used by Pagan people. Some of the most commonly used Wiccan phrases are:

Many such phrases are not exclusive to Wiccan tradition or are variations on a similar theme.

If you want to read similar articles to ‘Blessed Be’ Meaning, we recommend you visit our Culture & Society category.

How do Buddhist Monks live?
What Does The Yin Yang Symbol Mean
How to dress for confirmation
How to practice Vipassana meditation at home
Most read
1.
What Does it Mean when you Dream your Partner Leaves you?
2.
How To Know Your Zodiac Sign
3.
How to Deal with an Angry Scorpio
4.
How to Deal with an Angry Virgo
5.
What Does Dreaming About Pigeons Mean?
6.
What does Showing Two Fingers Mean
7.
Dreaming About an Ex and Their New Partner
8.
What Are the Meanings of Dreaming of Water 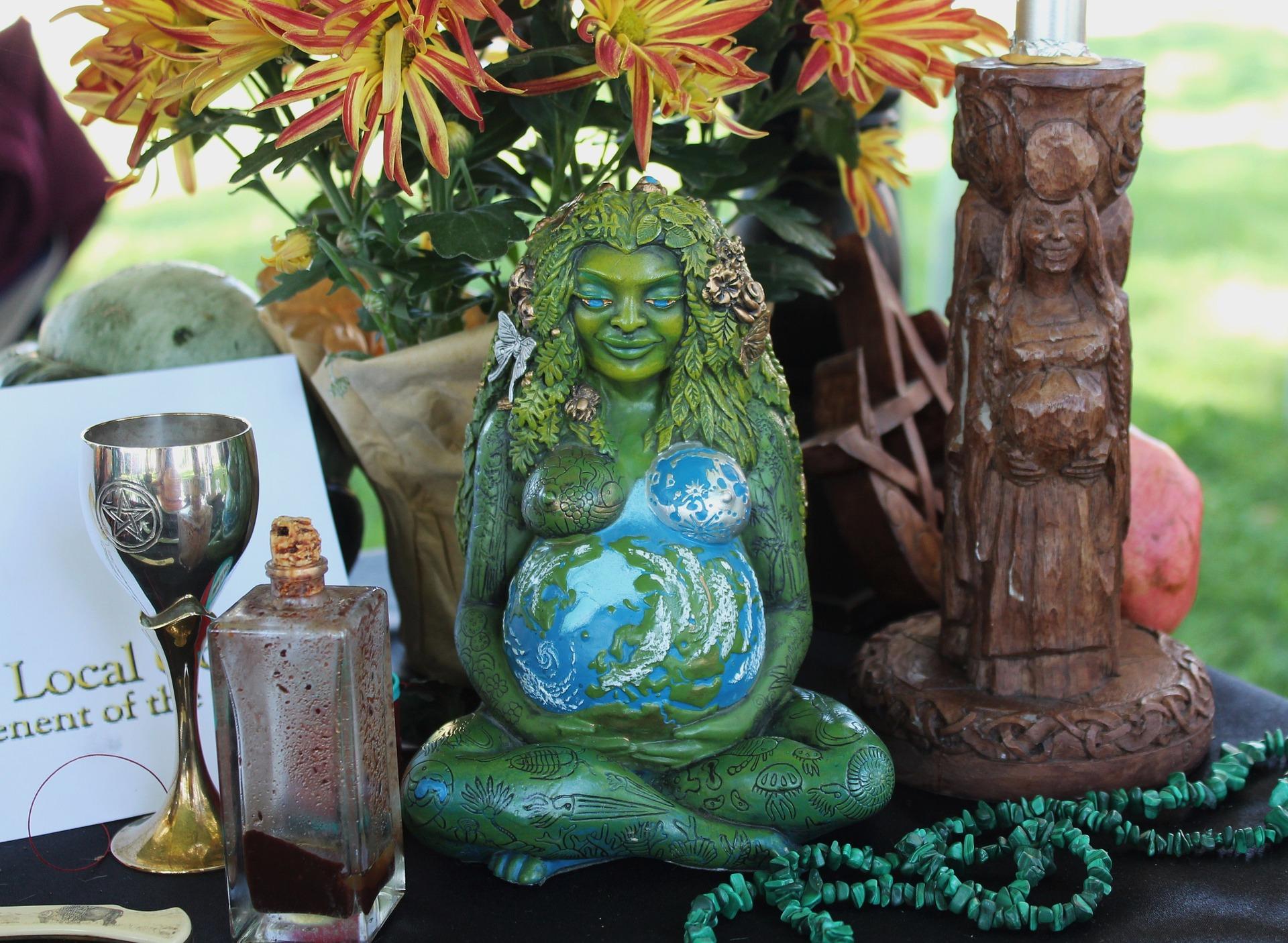 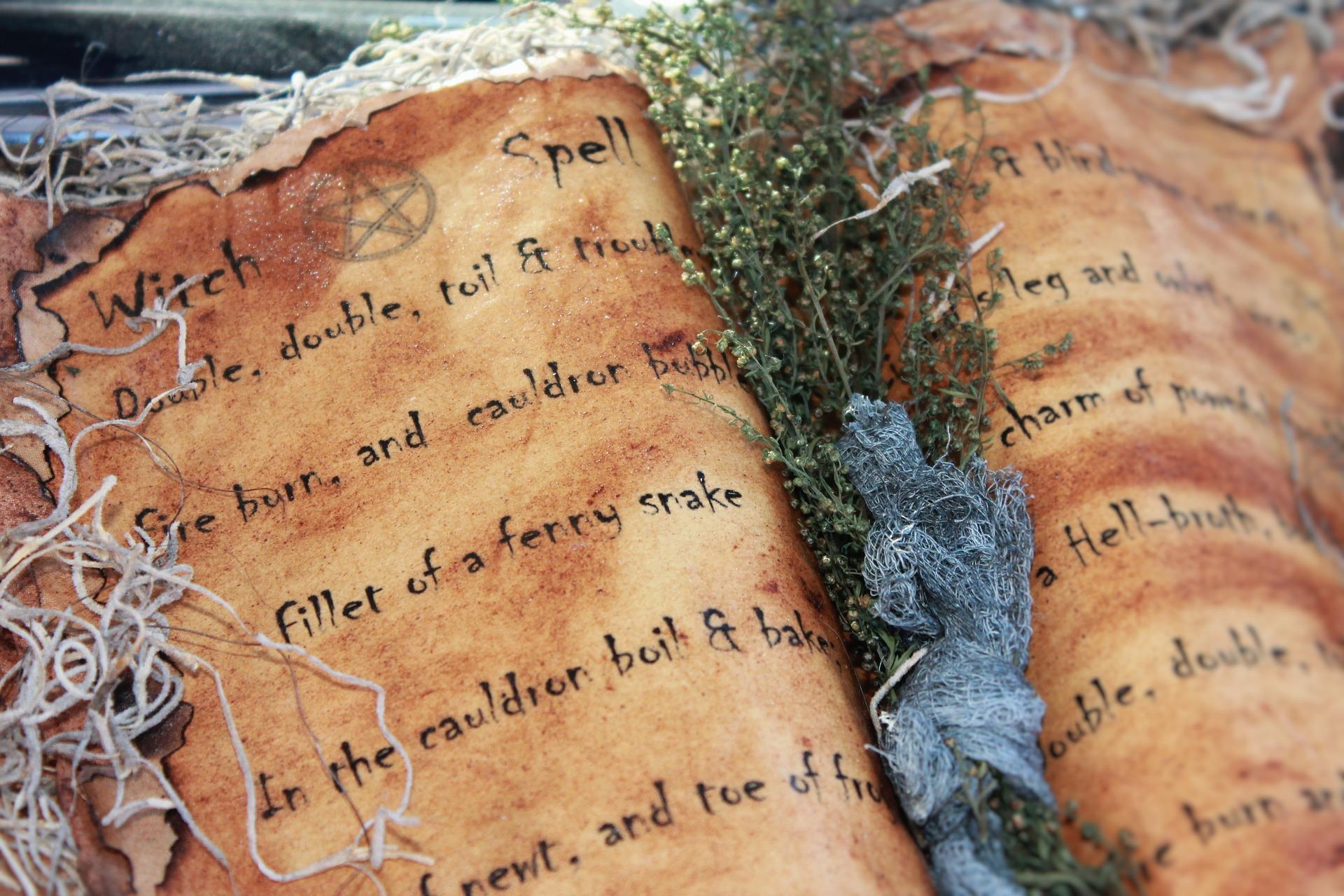