How do Buddhists Pray? 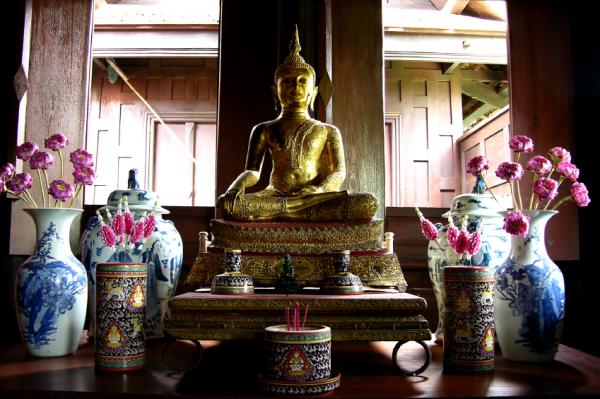 People who practise buddhism are known as Buddhists. One thing that makes Buddhism different from other religions of the world is that this religion does not believe in one supreme God. Buddhists are non – theists. They believe in radiating love and kindness to all living beings so that every living being can be benefited by it. So, the praying technique of Buddhists is also unique.

In this article we will know how Buddhists pray.

You may also be interested in: How To Pray The Rosary For A Deceased Person

Buddhists can pray both in home and at temple.

Buddhist prayer is a focused expression of the sentiments of yearning, commitment and appreciation. Through their prayer Buddhists try to awaken their innate inner capacities of wisdom, courage and strength.

Buddhists pray by sitting in a serene and quiet place in their home or in temple where candles are lit in front of the statue of Buddha. They sit quietly and breathe mindfully. Then they start chanting mantras. A Mantra can be a word, a syllable or a sentence or a short prayer that Buddhists repeat several times, some do it aloud or in one’s own head.

One of the most popular mantra is the Avalokiteshvara mantra, which is as follows: “ om mani padme hum”. It is believed that this mantra has the following meaning: hail to the jewel in the lotus. However, the actual meaning of this phrase is too richly symbolical due to which it cannot be translated into some definite words.

While praying Buddhists use several objects while praying such as the prayer wheel, beads or prayer flag.

Prayer Wheel: Prayer wheel is a handheld object on which mantras are written. While praying Buddhists chant the mantras written on prayer wheel while spinning the wheel.

Beads: Using beads, Buddhists mark the number of times they repeat a mantra.

Prayer flag: A prayer flag is a special flag on which mantras are written. Whenever the flag flies due to the wind, the mantra is chanted.

OneHowto also offers you the chance to discover How buddhist monks live.

If you want to read similar articles to How do Buddhists Pray?, we recommend you visit our Culture & Society category.

Is Buddhism Polytheistic Or Monotheistic?
How Do you Celebrate Rosh Chodesh
Which God should Be Worshiped for Marriage?
How To Worship Shiva Lingam At Home
Most read
1.
What Does it Mean when you Dream your Partner Leaves you?
2.
Dreaming About an Ex and Their New Partner
3.
How To Deal With A Scorpio Man Ignoring You
4.
How To Know Your Zodiac Sign
5.
How to Deal with an Angry Virgo
6.
How to Deal with an Angry Scorpio
7.
Signs A Virgo Woman Is Falling For You
8.
What Does It Mean If You Dream About Someone Being Sick?

How do Buddhists Pray? 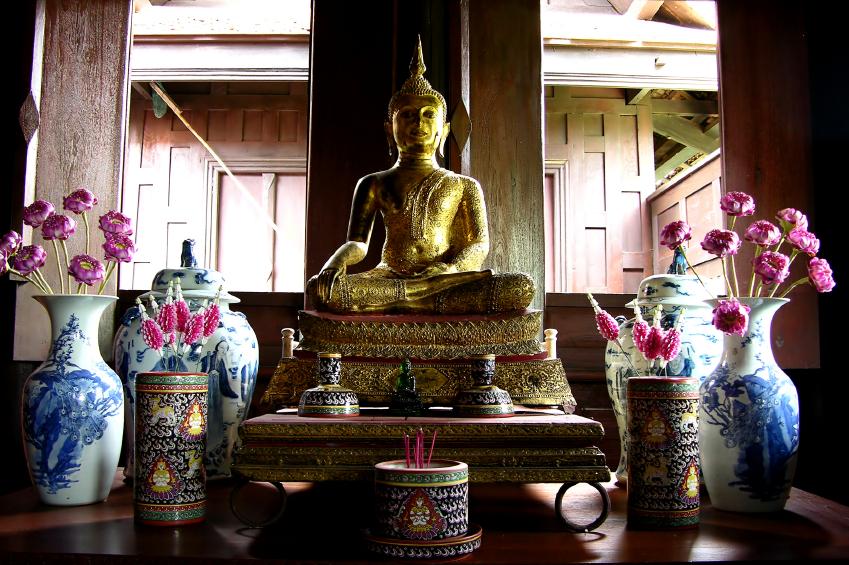 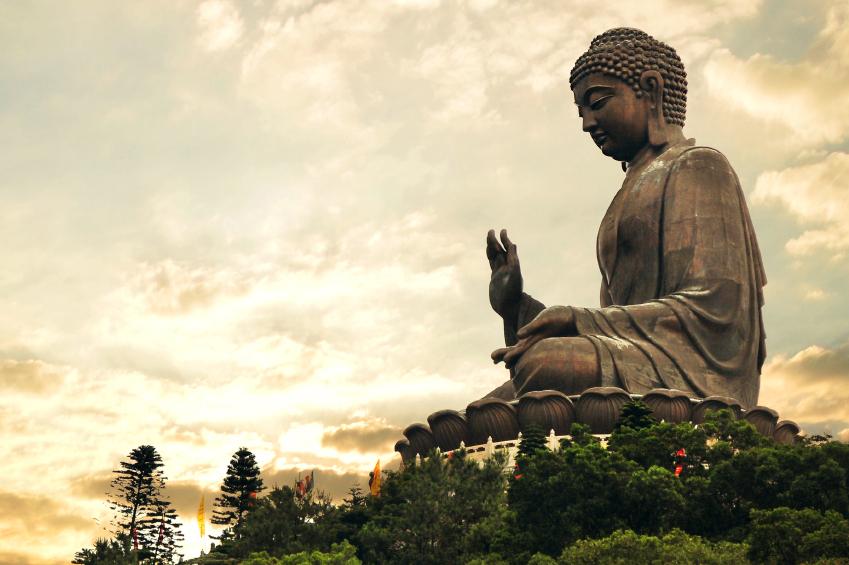 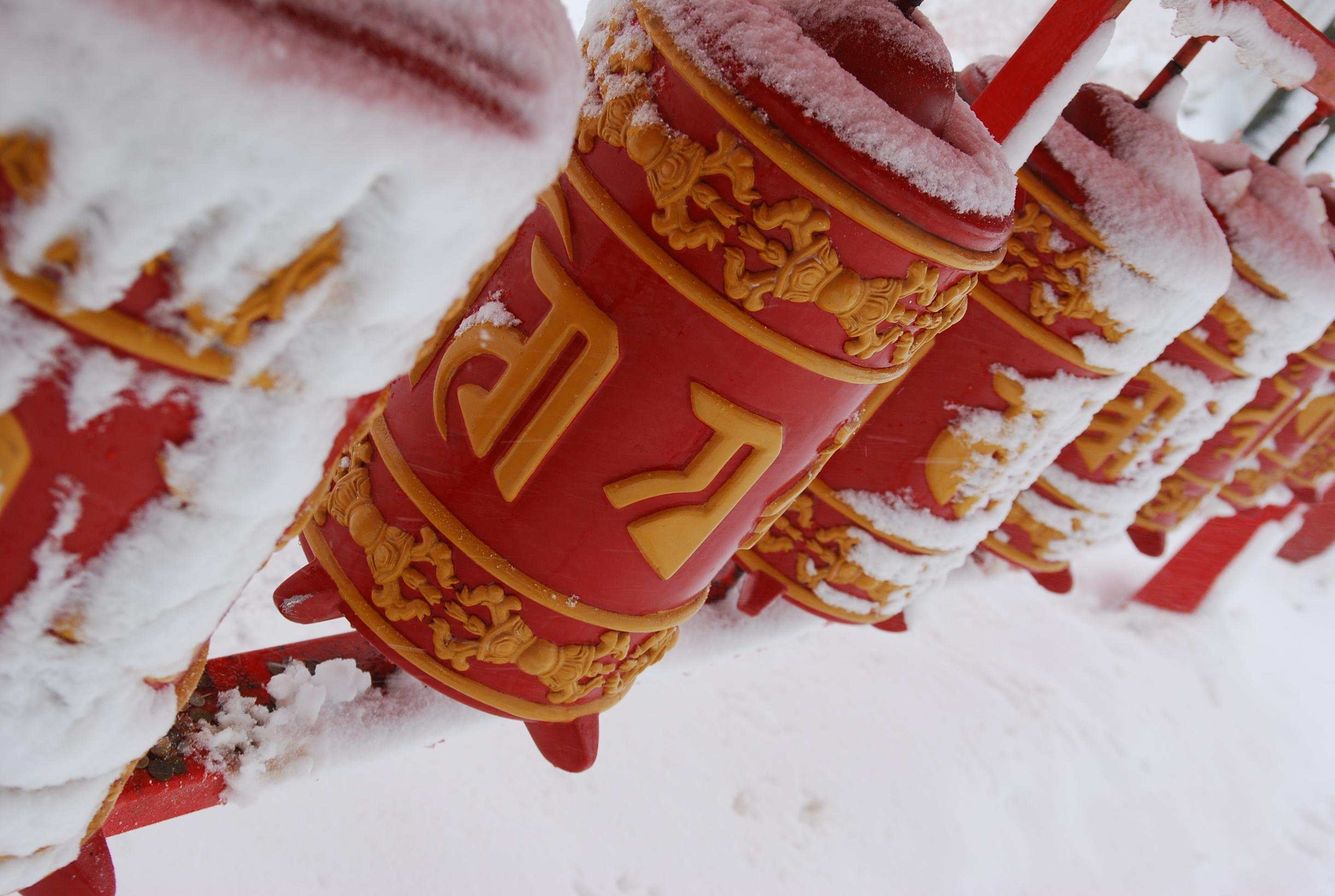 Image: commons.wikimedia.org
1 of 3
How do Buddhists Pray?
Back to top