What Are the Body Extremities

The body extremities are external articulated organs which carry out different locomotoive functions. Humans have four extremities, also known as limbs. On the upper side there are the arms and the lower extremities are the two legs. In the following article on what are the extremities of the human body we explain their functions and components in detail.

You may also be interested in: What are the functions of skin

The upper extremities of the human body are arms, which are connected to the upper torso and perform the function of giving mobility to catch, hold and handle objects and perform different activities. The limbs are composed of four parts which are easily distinguished:

The upper limbs are attached to the torso and are comprised by two clavicles and two blades. In the arms we can find the humerus, radius and ulna bones and in the hands the carpals, metacarpals and phalanges of the fingers.

The lower extremities of the human body are legs, which are attached to the torso at the pelvis through the hip joint. Its functions are supporting the weight of the entire body and allow us to walk, run, jump and ultimately move to any point. The lower limbs are formed by the following parts:

The main bones in the lower limb of the human body are the femur, tibia and fibula and the tarsus and metatarsus bones of the foot and the phalanges of the toes.

If you want to read similar articles to What Are the Body Extremities, we recommend you visit our Learning category.

What Are Some Examples of Meteorology?
What Are the Phases of the Moon
What are the bones in the arms called
What Are the Practical Uses of Paleontology
Most read
1.
What Does it Mean when you Dream your Partner Leaves you?
2.
How To Know Your Zodiac Sign
3.
How To Deal With A Scorpio Man Ignoring You
4.
How to Deal with an Angry Scorpio
5.
What Does Suspended Indefinitely Mean
6.
What does Showing Two Fingers Mean
7.
How to Deal with an Angry Virgo
8.
Signs A Virgo Woman Is Falling For You

1 comment
Rating:
MEEE
23/11/2016
thanks for the infoo
What Are the Body Extremities 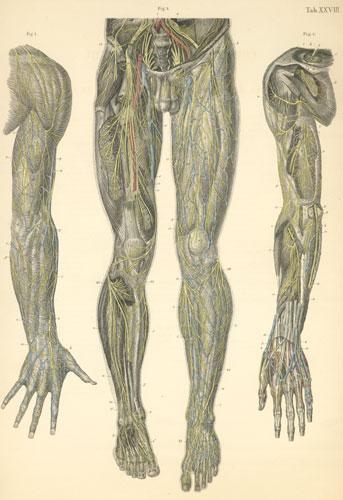 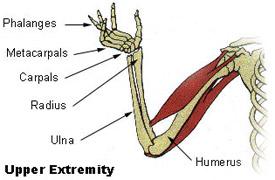 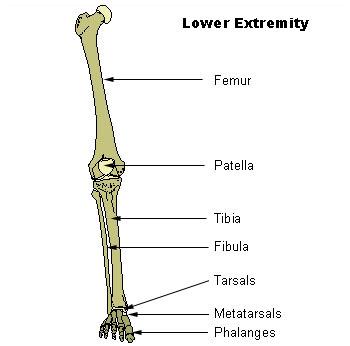 Image: web-books.com
1 of 3
What Are the Body Extremities
Back to top