What Does It Mean to Dream of Crocodiles?

The crocodile is an apex predator. They strike fear not only into the hearts of their animal prey, but any humans who find themselves in their habitat. Such fear is warranted. Growing up to 2 meters long and with a bite force of about 3,700 lbs per square inch, they are killing machines. Their razor sharp teeth can pull fresh meat of a bone as if it were slow roasted pork. They have been patrolling this earth's wetlands for millennia, brushing shoulders with their dinosaur ancestors. When we dream about crocodiles, such fear and terror might imply it must be a nightmare.

In our oneHOWTO article on what does it mean to dream of crocodiles?, we find out this doesn't have to be the case. What a crocodile represents in our subconscious can be diverse and their interpretations will depend on the context of the dream.

You may also be interested in: What Does It Mean to Dream of Dead Relatives?
Contents

Although fearsome, crocodiles are also caretakers of their ecosystem. Dreaming of crocodiles but you are safe and they don't attack you can represent something about your environment. Maybe you are feeling unsafe and are looking for something maybe you are going through a rough time and there is someone in your life which is keeping you safe. When dreaming of crocodiles, it is important to look at what else is happening in the dream.

Crocodiles represent strength, temperance, planning and caution. Think on your life and what situations have been affecting you recently. Look at your romantic life, work life, family or anything which might be threatening your well-being on some level.

If you dream of crocodiles which don't attack you, it is possible they are dead. In these cases, the crocodiles will likely represent a change. Whether this is a good or bad change will depend on what has happened in your life.

What does it mean to dream of crocodiles in dirty water

In this case, dreaming of crocodiles in dirty water contains a double meaning. The two elements that make up the dream must be analyzed according to your own life. On the one hand, it must be taken into account that water is far from being the natural habitat of humans, so this in itself already represents a disadvantage compared to crocodiles. Dreaming of crocodiles in the water represents a likely sign of danger. When the water is dirty, it adds another likely ominous layer.

Water is a common theme in many dreams. What we dream about when it we dream about water will depend on the state of the water, the type of water and anything else which can appear in the dream. Since water is elemental, it is everywhere and vital for life. When the water is dirty, it usually means there is something threatening about it.

Dreaming of crocodiles in clear water likely holds a different meaning. It is probably telling you not to be afraid. Your emotional health and environment may be strong like the crocodile. Dreaming of white crocodiles is also likely to be a good omen. The color white represents purity, goodness and innocence.

What does it mean to dream of large and small crocodiles

The size of the crocodile as it appears in your dream might have an impact in its interpretation and meaning. What the crocodiles represent will not differ significantly to the other types of crocodiles dreams. However, their size can help us to know something about what they might mean:

What does it mean to dream of crocodiles and snakes

This time we are not talking about one dangerous reptile, but two. Dreaming of snakes has its own significance, but when added to dreaming of crocodiles, we can see many of these issues exacerbated. Although the movement of a snake is very different, they can be equally fearsome and difficult to control.

Crocodiles and snakes are both carnivorous predators. They hide in the undergrowth of wetlands or in the water itself. They wait for their prey and will strike in agile movements. For this reason, dreaming of crocodiles and snakes at the same time will mean your fear of something is compounded.

If other creatures also appear in the dream, it will be a figurative melee. This is likely related to stress and means you need to consider what is causing you anxiety, even if you don't consciously realize you are anxious. Take a step back and assess.

What does it mean to dream of crocodiles chasing you

If you already sensed that dreaming of crocodiles chasing you was due to some discomfort or imminent danger, you are likely correct. If you have had a nightmare where this occurs, it can really be disturbing. Whatever the situation in your life, it feels like it is bearing down on you.

Do you have a deadline at work coming up which is really worrying you? Is there a significant even in the near future which is causing you stress or anxiety? Even the process of growing old can be worrying in context, feeling as if you have a predator chasing you, in this case the inevitability of death.

Don't forget that you are the one in the dream being chased by the crocodile. This means there is something worrying you. However, if you see a crocodile chasing someone else, we need to apply the same logic to them. For example, if you think your friend is getting in trouble with other people, drugs or whatever it might be, you should reach out to them. Be careful, however, to ensure you are not being judgmental.

Animals commonly appear in dreams and can have various meanings. We cover many of them in these related oneHOWTO articles:

If you want to read similar articles to What Does It Mean to Dream of Crocodiles?, we recommend you visit our Culture & Society category.

What Does It Mean to Dream of Crocodiles? 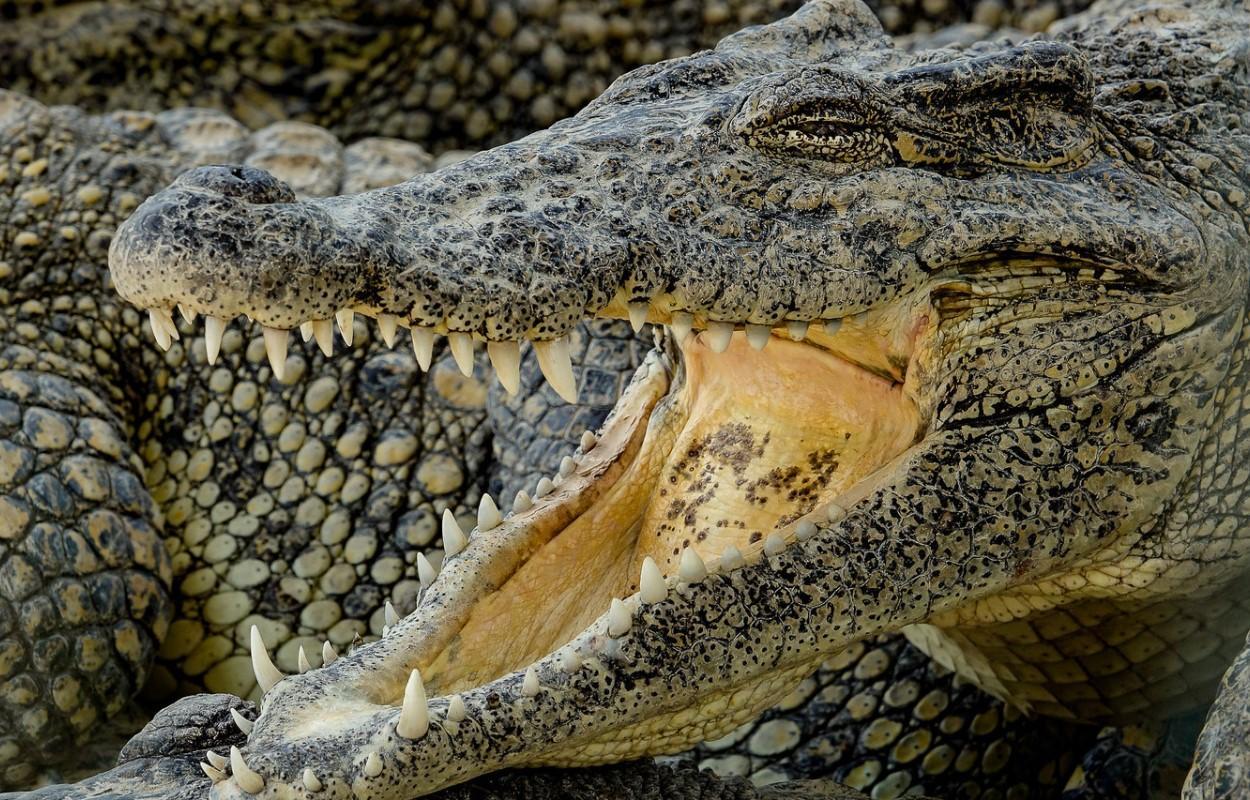 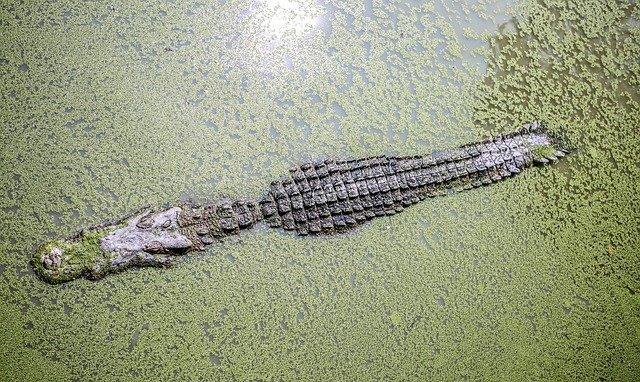 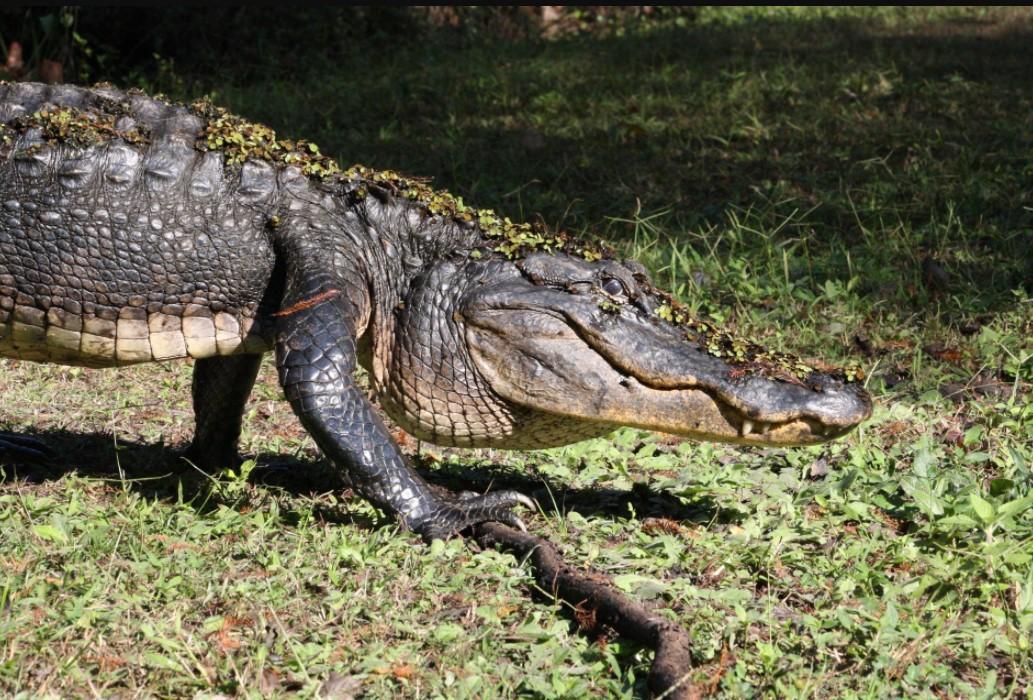 1 of 3
What Does It Mean to Dream of Crocodiles?
Back to top