How Did Andy Warhol Become Famous?

Andy Warhol is one of the most important artists of the XXth century, and the main figure of the Pop Art movement in the sixties and seventies. Without his work, many of the artists from Pop Art would never have been so popular and artists like Jeff Koons, Murakami or Damien Hirst would have never found the inspiration they needed for their art.

There is no doubt that the legacy of Andy Warhol is broad, not only in art itself, but in music and advertising too. At OneHowTo we'd like to analyze the reasons and how Andy Warhol became famous.

You may also be interested in: Why Is Andy Warhol's Campbell's Soup Famous?
Contents

Though Andy Warhol (born Andrew Warhola) came from a poor Czechoslovakian family who had emigrated to Pittsburgh, Andy's father made sure his son had superior studies and left most of his money to finance Warhol's education after his passing.

After studying at college, Andy Warhol moved to new your and started his career as a commercial illustrator. He worked for Glamour, Vogue, Harper's Bazaar and even the New Yorker. He won several prizes as an advertisement illustrator, which is one of the reasons why he decided to create his own artistic pieces, being one of the first to use silkscreen printmaking.

Due to his fascination of stardom and his close relationship with advertisement, his artistic work revolved around the serialization of paintings on everyday objects and characters. Though his first art exhibition was dedicated to the figure of Truman Capote, his rise to fame came in 1962 with the "Campbell's Soup" and "Marilyn Monroe" series.

As Warhol diffused the line between art and pop culture, his interest in pushing the boundaries of art lead him to create "The Factory" a space for socialites, artists and avant-garde performances where Andy would create his films, embraced other creative artists and invited New York's underground hip elite, making his fame even greater.

Andy Warhol as a pop icon

Andy Warhol's fame is highly linked to the fact that he turned himself into an icon, as he did with his portraits and works of art.

One of the tricks that made him become famous was being at the right place at the right time. Warhol, who had great interest in popular culture and celebrities, managed to become a reference for all artists by creating the Factory, where celebrities such as Mick Jagger, Bob Dylan and Salvador Dalí laid foot.

Warhol also endorsed other artists at The Factory to create a bigger legend. Thus, he became The Velvet Underground's manager or turned socialite Edie Sedgwick into one of the most important it Girls of New York's fashion scene.

After Andy Warhol got shot by one of his disciples in 1968 (the radical feminist Valerie Solanas) and the Factory closed down, Andy Warhol managed to keep his fame by sheltering in high society, thus painting portraits for socialites and artists he met at New York's Studio 54. During this era, it was said that "you knew you were at a good party if Warhol showed up". Though it is said that his work during the 70's was only sub-edited to the desires of the elite, he also created some important pieces such as "Mao" and acted as a patron for new Neo-Expressionist artists such as Jean-Michel Basquiat.

All in all, Andy Warhol became famous thanks to the way he conceived art, following Marcel Duchamp's footsteps in questioning what is art and what is not. Warhol understood that popular culture was art as it united all people in objects that everybody could identify with, may it be a Coca-Cola bottle or the imaginary of Marilyn Monroe, translating art into something everybody could understand.

It is said that Andy Warhol's work is a satire of materiality and celebrity, which is why he created series on one same image, changing only their colors, though Andy Warhol also boosted the figure of the artist as a celebrity creating an imaginary around his person, thus his fame is not only due to his actual work but his character and savoir faire.

If you want to read similar articles to How Did Andy Warhol Become Famous?, we recommend you visit our Learning category.

Who is Banksy and Why is he Famous?
What Are the Characteristics of Renaissance Art?
The Difference between Paleolithic and Neolithic Art
What Is the Difference Between Chiaroscuro and Tenebrism?
Most read
1.
What Does it Mean when you Dream your Partner Leaves you?
2.
How To Know Your Zodiac Sign
3.
How to Deal with an Angry Scorpio
4.
How to Deal with an Angry Virgo
5.
What Does Dreaming About Pigeons Mean?
6.
What does Showing Two Fingers Mean
7.
Dreaming About an Ex and Their New Partner
8.
What Are the Meanings of Dreaming of Water

How Did Andy Warhol Become Famous? 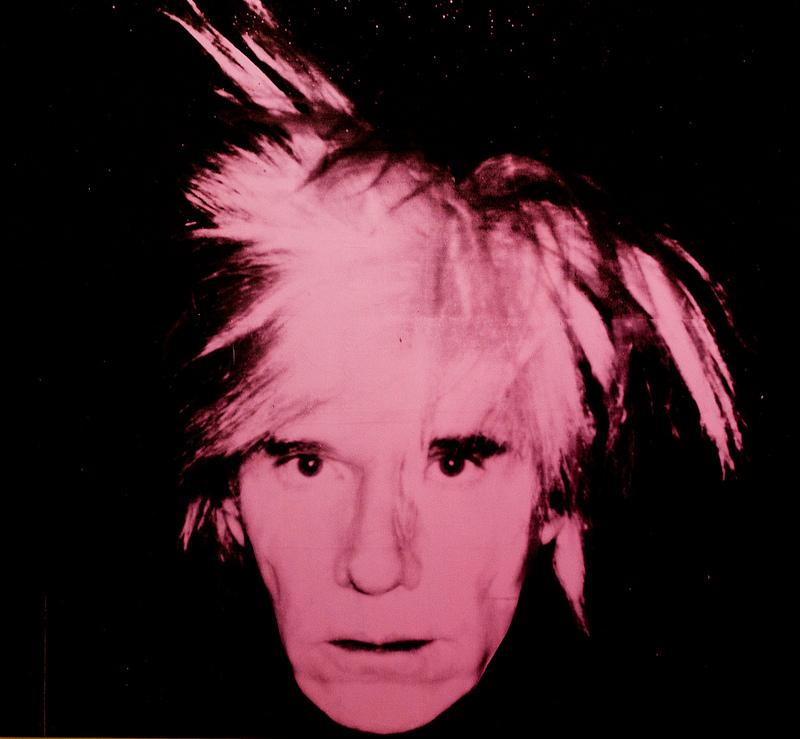 1 of 2
How Did Andy Warhol Become Famous?
Back to top