What are the Characteristics of Baroque Art?

Understanding the characteristics of baroque art can be as intimidating as the artwork itself. Artists working in this period were known for their embellishments, ornament and drama, designed to inspire awe in those receiving the work. The Baroque period's grandiose nature often granted it mockery in its initial reception, but time has been good to its reputation. While its origins are controversial, its achievements and quality are difficult to counter, especially if looked at from a historical perspective. Many periods in art are reflections of those which came before it. While this is true to an extent, Baroque art had a very specific genesis, making it necessary for oneHOWTO to not only look into what are the characteristics of Baroque art, but to search its origins also. In doing so, we will shed some light on a period of art history which is a influential as it is controversial.

You may also be interested in: What Are the Characteristics of Renaissance Art?
Contents

Origins and overview of Baroque art

It is impossible to trace the beginning of many art periods back to an exact date, but it is also helpful to know when was the Baroque period. Critics generally agree the earliest Baroque art was created in the late 16th century and is said to have ended sometime in the early 17th century. This is when the Baroque style started to merge into its successor, the softer and often more playful, yet still ornate, Rococo period.

However, the origins of Baroque art appear to have stemmed from an event which took place between 1545 and 1563 known as The Council of Trent. This was an ecumenical meeting of the Catholic Church which met to counteract the spread of Protestantism in Europe. When Martin Luther posted the Ninety-Five Theses in 1517, he began the Protestant Reformation which criticised behaviors of the Catholic church, many of which were hugely unpopular. This is especially so with the lower classes who were seen by many to be exploited by the practices of the church.

The Council of Trent met to address the schism between the two major sides of the Christian church and to reaffirm certain beliefs and practices. This was to shore up the required support for the Catholic church to maintain its dominance over much of European society. How this relates to art is that the council also inspired artists loyal to the Catholic faith to use their art to support these decrees.

As Protestantism was popular among many impoverished peoples, this art was no longer to be purely in the domain of the rich. Baroque art was to speak to all people, to reinforce the power of the church and to remind its consumers of the severity of a life outside the Christian god's good graces. This meant it had to be direct, imposing and inspiring, three characteristics Baroque art aspired to convey.

Before we move on to some more specific characteristics of Baroque art, we need to be specific about what we mean by art. You may be picturing some of the large canvas paintings which certainly make up much of this period's output, but Baroque art extends to any and all form of artistic expression in the period. This includes sculpture, architecture, music, literature, jewellery design, philosophy and more. The types of characteristics of this art period extend to these different media in differing ways, but they are present nonetheless.

Whereas the Renaissance period which came directly before it emphasized humanism and realism, the concerted effort to reaffirm the power of the Catholic church meant that artists were to reaffirm the holiness of the Catholic church. This meant depictions of sacraments as well as the Saints which were so honored by the Papacy. There was to be little ambiguity in how the scenes were displayed, even if the individual artists would provide their own particular flourishes.

There was some effort in Protestant circles to use art for their own purposes, but it was much more low-key and was limited in its reach. The two main sides of the Protestant believers were Calvinists and Lutherans. Both groups criticized what they saw as the impious ornateness of the Catholic church's artistic proclivities, much of which was funded by taxes on the poor. This meant that the Catholics essentially came to dominate the religious iconography of the time. Many protestants even destroyed religious art a they saw the depictions as a form of idolatry, worshipped instead of their god.

This means that one of the main characteristics of Baroque art was its Catholic religious imagery. Even those which were not necessarily directly Catholic were seen to be so. A good example of this is Johannes Vermeer, as he was a Dutch painter in a Protestant country, but is considered by many to share the traits of the Baroque period (even if he is often considered part of the Dutch 'Golden Age'). He adopted Catholicism during marriage and his painting Allegory of the Catholic Faith[1] fits neatly into the religious Catholic themes of the importance of faith.

Image: The Crucifixion of St Peter (detail) by Caravaggio

As Protestantism developed it proved itself to be a more pious and restrained faith which, while still fervent, placed more emphasis on the humbleness of life on earth before reaching the glories of heaven. In the face of this, the Catholic church seems to have doubled down and created some of the most lavish and grand pieces of art the culture had ever seen.

Examples of such grandiosity include Bernini's The Ecstasy of St Theresa (see main picture), a sculpture in the Cornaro Chapel in Rome. It is an extremely ornate depiction of one of the Catholic saints and is made from marble and gold. In sheer scale it is impressive, but the original price for its commission (a private commission as Bernini had fallen out of favor of its contemporary Pope) fits in with the Baroque excess.

Perhaps one of the most famous examples of Baroque art is the combination of architecture and sculpture which is the Trevi Fountain in Rome. It has giant Corinthian pilasters, Tritons (Greek merman god) calming the waters of the fountain and is in front of a grand personal palace. There was competition to build the fountain, with different artists trying to outdo each other, going to show just how important personal wealth was to religious conviction.

Many of the scenes depicted were not just grandiose, but technically brilliant. Peter Paul Rubens' Hippopotamus Hunt shows an image which is not only grand, but layered and with an impressive grasp of perspective (even if the hippo and dog seem to be of a similar size). Vermeer was so lauded for his perspective and accuracy, some claim he used a special device to create these achievements.

The Baroque period was known for its artistic drama. Painters like Caravaggio painted scenes of intense drama, such as The Crucifixion of Saint Peter which showed Jesus's right hand man on earth being crucified on a cross upside down. His face is beatific as those trying to turn his cross upside down strain and contort with great dramatic effort. The aforementioned Trevi Fountain and The Ecstasy of St Theresa, also have a great theatricality to them, with the latter even having a window box of marble sculpted onlookers engaging in the scene.

The drama wasn't limited to painting and sculpture. The Baroque period extended to actual drama with perhaps the most famous dramatist being considered a Baroque writer: William Shakespeare. His plays have the characteristics of ornate language and intense emotion which we see in other types of Baroque art. Although officially Protestant, Shakespeare, as with many English Baroque artists, was believed to have Catholic sympathies. Practical space issues in the Globe theatre meant the scenes may not have been as elaborate as hoped, but the costumes were as ornate as possible[2]. Subsequent stagings of plays like The Tempest, however, show just how grand these plays could be if the resources are available.

Vivid use of light and color

As with Vermeer, the intensity of color of Baroque painters (and other artists) was a defining characteristic. It was partly due to the development of pigments from ongoing global explorations, making bolder and more refined colors available. Baroque painters were not shy of a little blood red, especially the great Italian painter Caravaggio. Paintings such as Judith Beheading Holofernes depicted quite gruesome, but realistic images which were deep and rich in color and shade. Even his paintings of mythology such as Medusa have a realism and drama to their fantastic depictions.

Musicians and composers like Johann Sebastian Bach and George Frederic Handel also created different tones with their music which can be likened to the vivid use of light and color which characterizes other Baroque art. It is these shades and ornateness of music which defines Baroque music, evoking images of drama in the mind, even without seeing it through the eyes.

Lastly, it is important to note that, although the Council of Trent and the Catholic push were greatly influential on Baroque painting, the style of Baroque is a general heading under which many variations exist. As the Baroque period extended over such a long time, it evolved a flowed with the expressions and intentions of individuals who marked their work with their own particular style.

Vermeer is a good example of a Baroque artists who rarely painted overtly religious iconography, instead preferring to paint more realistic scenes of quotidian life. Yet his work has the color, drama and vibrancy of Baroque art and his underlying religious conviction can be interpreted. These characteristics of Baroque art inform the work, but they do not dictate to them.

While the Catholic church is an incredibly important factor when considering Baroque art as a whole, it was also a controversial one. With the rise of Protestantism, there is much more art which was created during this period which did not reflect its values. The Catholic church's desire to enforce its position also caused a lot of inequality and there would come a backlash against the baroque style in the form of Rococo and eventually Modernism (although the latter would still take a century or two).

If you want to read similar articles to What are the Characteristics of Baroque Art?, we recommend you visit our Learning category.

What are the Seven Forms of Fine Arts
What Is the Difference Between Chiaroscuro and Tenebrism?
The Difference between Paleolithic and Neolithic Art
How Did Andy Warhol Become Famous?
Most read
1.
What Does it Mean when you Dream your Partner Leaves you?
2.
How To Know Your Zodiac Sign
3.
How to Deal with an Angry Scorpio
4.
How to Deal with an Angry Virgo
5.
What Does Dreaming About Pigeons Mean?
6.
What does Showing Two Fingers Mean
7.
Dreaming About an Ex and Their New Partner
8.
What Are the Meanings of Dreaming of Water

What are the Characteristics of Baroque Art? 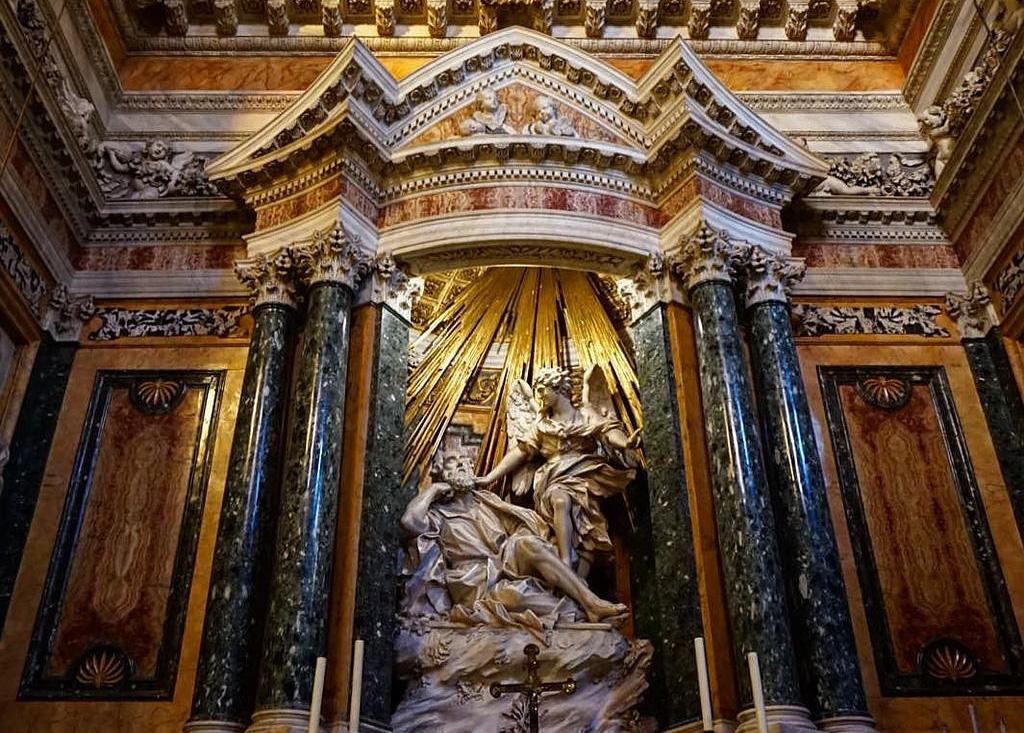 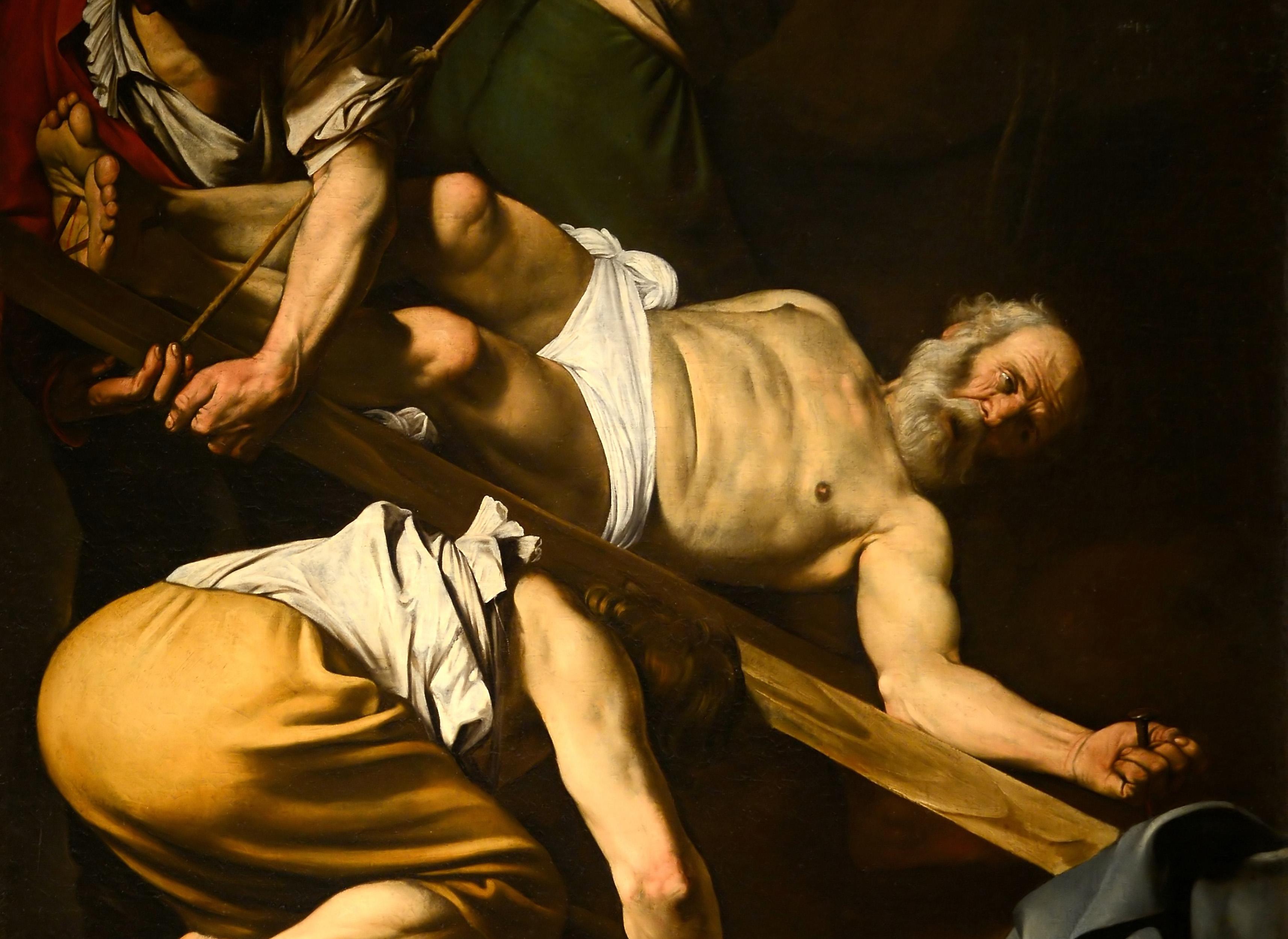 Image: The Crucifixion of St Peter (detail) by Caravaggio 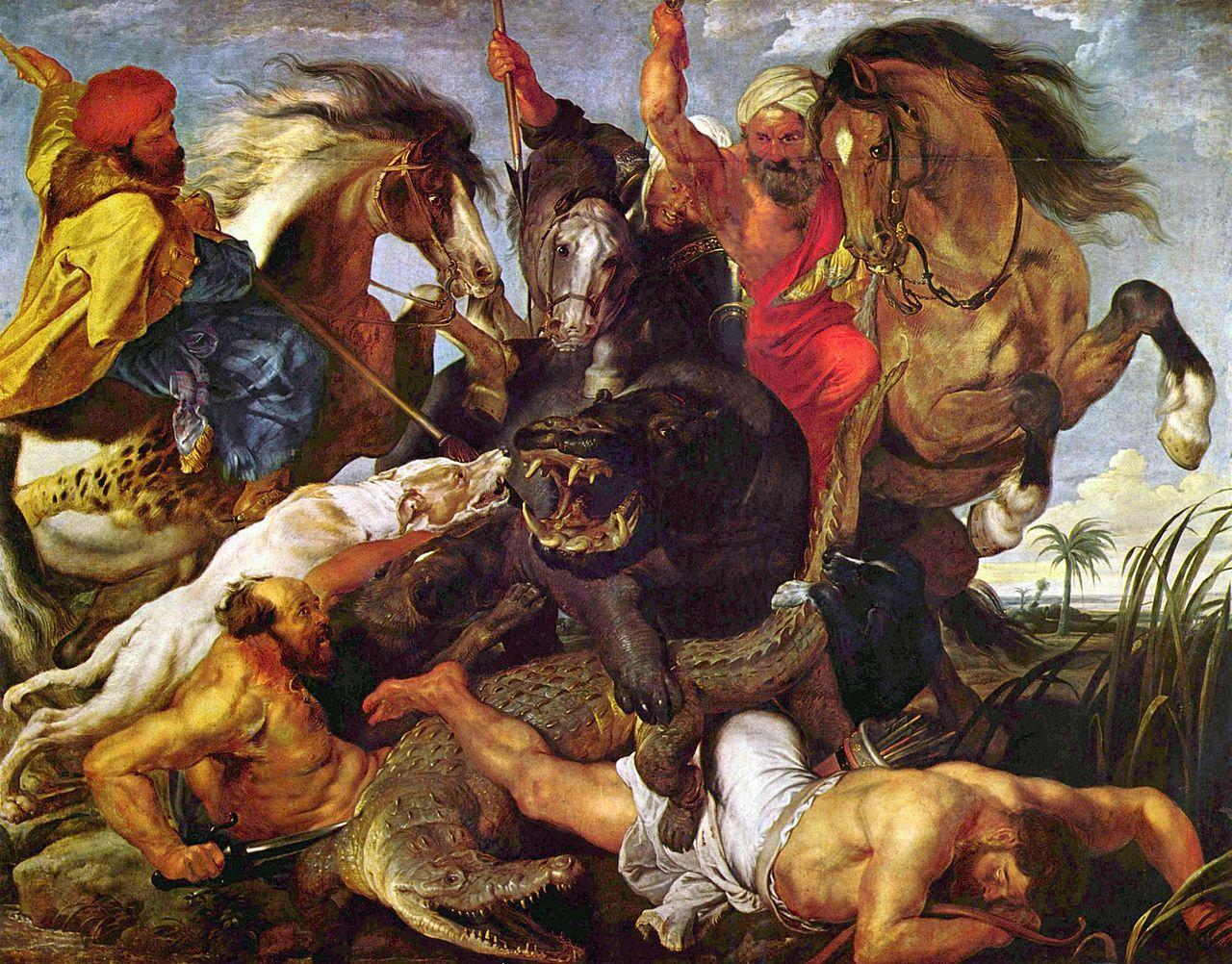 Image: Hippopotamus Hunt by Peter Paul Rubens
1 of 3
What are the Characteristics of Baroque Art?
Back to top