What Is The Difference Between Mitosis And Meiosis? 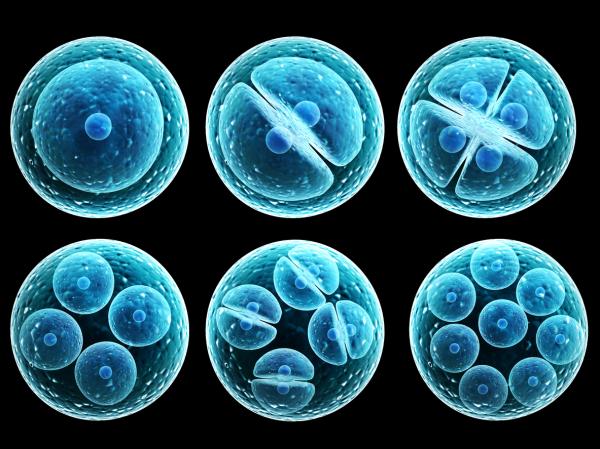 Each and every multi-cellular organism starts with one fertilized egg which gets multiplied by division of cells. For instance, you started out as a single fertilized egg inside your mother's womb. At present, you have become a booming community of millions of cells, all of which work together to keep you alive. When you are conceived, one zygote multiplies to make two cells, these two cells multiply to make four and the multiplication process continues until you become a completely formed human being. In all organisms, eukaryotic cells produce new cells as a result of meiosis and mitosis. Both of them are processes of cell division. Both are similar, but they have certain differences too. In this oneHOWTO article, you will come to know what is the difference between mitosis and meiosis.

You may also be interested in: What Is The Difference Between Arteries And Veins
Contents

Unlike mitosis, meiosis is a sexual type of reproduction. This specific type of dividing cells is required for the sexual reproduction of eukaryotes. In this process, the produced cells are called spores or gametes. The cell has a couple of copies of each chromosome, one from the father and one from the mother. The father’s chromosome is called a zygote, which is an egg fertilized by sperm of the male. Each cell creates four cells, all of which contain one copy of both chromosomes. As a result, the new chromosome is a mixture of paternal and maternal DNA. Due to this, the offspring can be completely different from one or both the parents.

Points of difference between mitosis and meiosis

Although both mitosis and meiosis are forms of reproduction, and both have almost similar processes and end results, there are also several points of difference. Let’s talk about them:

Reproduction type: The major difference lies in the type of reproduction through which offspring is produced. Mitosis is an asexual type of reproduction, while meiosis is a sexual type of producing offspring. However, mitosis can take place in both sexual and asexual organisms, while meiosis can happen only in sexually active organisms. Mitosis aims at promoting repair and growth of the body, and produce cells, while the function of meiosis is to reproduce sexually. All organisms are reproduced through the process of mitosis, except fungi, plants, animals and humans. Mitosis takes place in the somatic cells of a body, while meiosis takes place in body’s germ cells.

Division of cells: In mitosis, a somatic cell is divided once and cytokinesis happens at the finishing stage of the telophase. Cytokinesis means the division of cytoplasm. On the other hand, reproductive cell gets divided twice in the process of meiosis. As far as cytokinesis is concerned, it takes place at the finishing stage of telophase I and II. In simple words, mitosis takes place through one division of cells only, while meiosis has to undergo two cell divisions.

Composition of the genes: In the process of mitosis, the daughter cells that are produced are clone copies of their mother cells, and there is no chance of diversity or crossing over. On the contrary, the daughter cells produced in meiosis have diverse genetic combinations. Recombination of the genes in newly produced cells takes place as a result of homologous chromosomes getting randomly segregated into multiple cells. Crossing over of chromosomes also happens, in which genes are transferred from one homologous chromosome to the other. As a result, the children may be completely different from one or both parents.

Length of the prophase: Prophase is the first stage of mitosis in which chromatin is condensed to make discrete chromosomes. Breaking down of the nuclear envelope also takes place, due to which spindle fibers develop at the opposing poles of cells. As compared to the prophase of meiosis, the cells spend less time in mitosis stage one, and usually last for only a few hours. As far as prophase of meiosis is concerned, it is divided into five stages and it takes much longer time than the first stage of mitosis. Prophase of meiosis can take several days to complete all of its stages. The five stages, called as diakinesis, diplotene, pachytene, zygotene and leptotene, do not take place in mitosis. It is the first phase when crossing over and combination of genes takes place.

Formation of Tetrad: Tetrad does not form in mitosis. In the first stage of meiosis, homologous chromosomes form pairs and closely line up together to form Tetrads. One Tetrad contains four chromatids, which are two pairs of sister chromatids.

Similarities between mitosis and meiosis

Now that we have discussed about differences between mitosis and meiosis, there are certain similarities as well. Most importantly, both the processes have interphase, which is the period of growth in all organisms. In this phase, a cell imitates its genes and start preparing for the upcoming separation. Both the processes have phases of telophase, anaphase, metaphase and prophase. However, in meiosis, cells go through these phases twice, while it is done only once in mitosis.

Lining up of duplicated chromosomes also happens in both the processes. These are termed as chromatids, and they happen along the plate of metaphase. It takes place during the metaphase in mitosis, and metaphase II in meiosis. Apart from that, both the processes involve separation of chromatids and formation of chromosomes. This takes place during anaphase in mitosis and anaphase II in meiosis. Finally, both mitosis and meiosis end up dividing cytoplasm and producing individual cells.

If you want to read similar articles to What Is The Difference Between Mitosis And Meiosis?, we recommend you visit our Learning category.

What is the Difference Between a Homogeneous Mixture and a Heterogeneous Mixture
What is the difference between weather and climate for kids
The Difference Between Heat and Temperature
What Are The Differences Between Plant and Animal Cells
Most read
1.
What Does it Mean when you Dream your Partner Leaves you?
2.
How To Know Your Zodiac Sign
3.
How To Deal With A Scorpio Man Ignoring You
4.
How to Deal with an Angry Scorpio
5.
Signs A Virgo Woman Is Falling For You
6.
How to Deal with an Angry Virgo
7.
The Atlantic Triangular Trade: Everything you Need to Know
8.
Dreaming About an Ex and Their New Partner

What Is The Difference Between Mitosis And Meiosis? 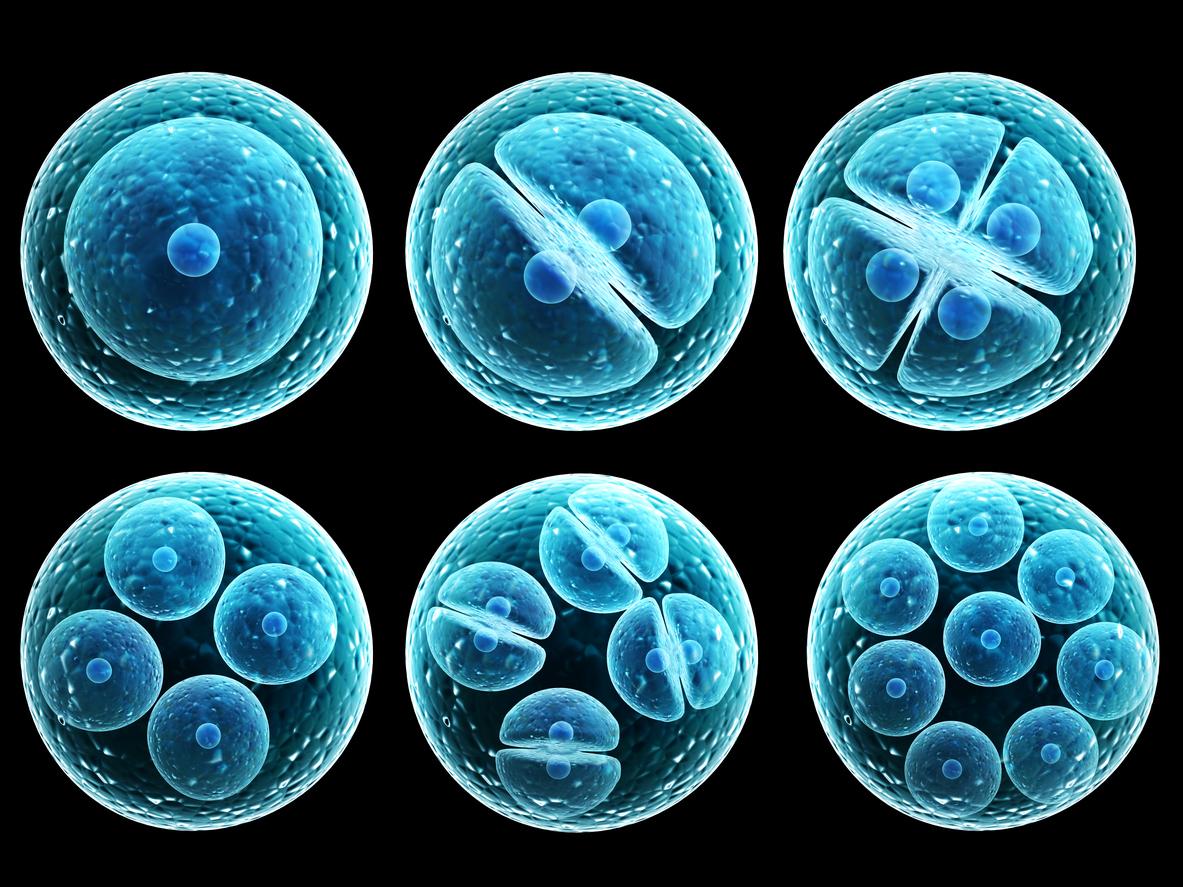 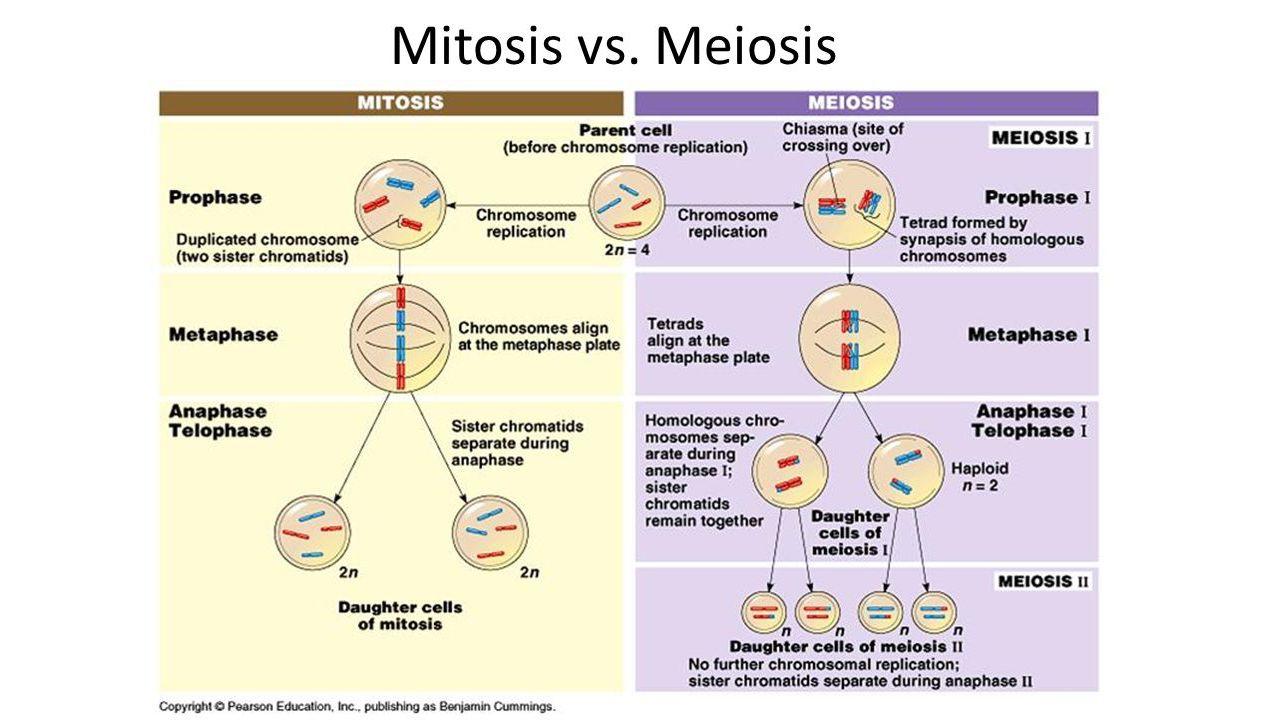 Image: Pearson Education, Inc.
1 of 2
What Is The Difference Between Mitosis And Meiosis?
Back to top