William Wilberforce is one of those historical names you are likely to have come across, but may not necessarily know much about. It is a strong name (it has the word force in it) which represents a man of character who fought hard to make improvements according to his beliefs. These beliefs led him to be lauded for his work towards abolishing the slave trade across the British empire and stemmed from deep religious conviction. However, he was far from liberally minded when it came to all social issues and he was a complicated man whose legacy is as conflicting as it is notable. Through these 10 interesting facts about William Wilberforce, oneHOWTO hopes to shed some light on both the history and the character of this controversial figure.

You may also be interested in: How the British Royal Family Earns Their Income
Contents

His youth was a mixture of privilege and tragedy

There is little question William Wilberforce would have had the impact on the world he had were he not born into such a socially privileged position. His grandfather was a wealthy merchant who made large sums of money in the burgeoning business of world trade. He was sent to some of the best educational institutions of the time, including the prestigious Hull Grammar School which boasted such alumni as the poet Andrew Marvell and mathematician Dr. Isaac Milner. His family home to which he was born still stand, now used as a museum with a statue of Wilberforce in its grounds.

However, while he was fortunate in social standing, personally he suffered a great deal. As a young child he was kept infirm by a range of ailments. He was small in stature and weak of frame, suffering from an eye problem which would dog him his entire life. He said of his youth, of which little is recorded, he considered himself fortunate to not be "born in less civilized times, when it would have been impossible to rear so delicate a child"[1]. At the age of 11 his father died, an event about which his mother found it difficult to cope. This meant the child was sent away and had a rather haphazard upbringing being sent around relatives. He was particularly sad to have been separated by his aunt and uncle with whom he found youthful solace.

He was pals with Pitt

William Pitt was (and so far still is) the youngest person to be elected Prime Minister of Britain. He was a leading statesman and administrator aligned to the Tory party, which eventually became the modern day Conservative Party. Wilberforce and Pitt were born in the same year and rose up through the parliamentary system at a similar time, meeting as students in Cambridge. Pitt, however, was a more ambitious man and rose more quickly and shone more brightly. However, like many who shine bright, he also burned out at the relatively young age of 46.

Wilberforce and Pitt shared many policy ideas, but did not see eye to eye on everything. It is possible that Pitt didn't even see Wilberforce as the best Parliamentarian, as he did not push for his friend in terms of ministerial positions. This, however, is likely subject to debate. There was one particular strain in their relationship when Wilberforce pushed for a peaceful resolution to their problems with France, with which Pitt vehemently disagreed. However, their friendship seemed otherwise intact until Pitt's death. Wilberforce would eventually be interred beside his friend in an esteemed place in Westminster Abbey.

Wilberforce was a youthful reveller

During his time spent pinballing around different schools and relatives, Wilberforce became particularly fond of his Wimbledon relatives. These same relatives introduced him to an evangelical style of Christianity which piqued his interest, but would not come into full fervor until later on in life. His religious instruction was haphazard and bore different influences, but it would eventually bear some evangelical fruit.

However, he had to undergo a conversion to really chase religious ideals. Before that, he was actually known as quite the bon vivant. He would drink in local parliamentary watering holes and was even known to frequent gambling dens. This was similar to his friend Pitt, although the latter was known to hit it heavy with over 2 pints (34 oz) of port wine a day. Unlike Pitt, Wilberforce was also known to be very sociable, whereas the former stuck to a small cadre of friends from his youth.

He was not only a great speaker

Wilberforce was not forceful in stature, but was quite the contrary in terms of rhetoric. His small frame perhaps lead some to underestimate his power, bolstering the impact once he spoke so eloquently. One such man was James Boswell, who at first thought a mere 'shrimp' had come to the podium until as he "listened, he grew and grew, until the shrimp became a whale"[2].

This power of speech was to help with his achievements later on, but it was some other oratorical function which gained him notoriety early on. According to Georgiana Cavendish (the Duchess of Devonshire), the Prince of Wales would go anywhere to hear Wilberforce sing.

He pushed for the abolition of slave trade

This fact about William Wilberforce is probably the most well known. His conversion to Christianity helped him to see that the treatment of African slaves was unjust. In 1791, Wilberforce joined the Society for Effecting the Abolition of the Slave Trade, although he had been involved unofficially sometime before that. The society was established in a printing shop in London by 12 men, hoping to educate the nation about the abuses being carried out in the name of the British Empire. Wilberforce was not one of these original men, but he was a parliamentarian. This meant he was one of the men best positioned to bring abolition into effect.

He pushed for various motions, but there was much disagreement in government about the slave trade. While money was being made, widespread abuse was also happening. Through a series of parliamentary actions, Wilberforce would help to bring this abuse to an end. Perhaps due to his great public speaking ability, he was able to help muster support for the action. However, he was only one cog in a larger machine. While they may have disagreed with some policy, Pitt also supported abolition.

Much of the public view of the slave trade was linked with their views on France. In fact, as the French Revolution occurred, Wilberforce hoped to use the revolutionary push for abolition to further the cause at home. Unfortunately, Francophobia (anti-French sentiment) was so rife, anything France wanted, many in England didn't want. This was once of the many setbacks Wilberforce would face in his attempts.

It wasn't quite abolition of slavery

While it is inarguable Wilberforce worked hard to abolish the slave trade, he did not actually work towards the abolition of slavery itself. This was not because he simply didn't want Britain involved in the schemes. It was a more pragmatic suggestion that if they were to abolish the trading of slaves across the empire, then slavery itself would be unsustainable. This pragmatism, however, wasn't always the best course of action.

Wilberforce was well liked, but his desire to remain affable to his fellow MPs meant that he sometimes did not argue when he should have. He was fervent in his belief, but not always in his action. Some argue that his blind faith in the class system of Britain held back the cause as he trusted those of high rank when he shouldn't. Perhaps this was somewhat bound up in his evangelical idealism.

He was mannered, for better or worse

Well liked and trying his best to what he saw as the right thing, William Wilberforce certainly believed he lived for the cause of good. However, when looking back through the prism of the present, some of his ideas are simply anti-progressive at best. At worst, some were inhumane. His evangelical Christianity may have lead to his views on what he saw as a fault in 'manners' leading to the Reformation of Manners. This was a religious campaign to bring public morals up to code with a hardline scriptural interpretation.

Wilberforce did not start this reformation drive, but he did reignite it after a fallow period in the mid 18th century. It was essentially a Puritan appeal to stop everything from gambling to working on a Sunday. Sex outside of wedlock, drinking, swearing; essentially he wanted to get rid of all the fun stuff.

However, this is a drop in the ocean compared to some other of his drives which included. He worked to oppose workers rights and his supreme belief in the class system of England lead him to work towards dissent along the lower classes (something also somewhat ironic in the context of abolition). He opposed women's rights, even or especially anti-slavery organizations run by women, and suppressed trade unions.

While he was generous, he was also what we might see as misguided. He wanted what he thought was good, but he did so by suppressing individual rights as well as collective rights such as free speech and gender equality.

He was an opium user

Although we already spoke of Wilberforce's youthful indulgences, his conversion to evangelical Christianity saw him be quite ruthless in his self-examination. While he remained a sociable fellow throughout his life, he became more rigid in his cultural views. This is why this fact about Wilberforce seems so shocking; the fact that he was a regular opium user.

The shock, however, gets mitigated by the context. Sometimes prohibiting him from going to parliament, Wilberforce was a sufferer of gastrointestinal issues. Perhaps related to stress from his work, it caused him a lot of pain. Brought by the trade routes of the empire (perhaps ironically considering his abolitionist views), opium was seen simply as medicinal. It is not thought his opium use was problematic, but it did continue for the rest of his life.

He was a devoted father

William Wilberforce was not a womaniser, but he did eventually marry. He was devoted to his wife and children, often playing and spending time with them even in ill health. Perhaps the greatest testimony to his role of father is the fact that two of his children, Robert and Samuel, wrote a book about him after his death[3]. While perhaps not the greatest critical work, it does show the devotion went both ways.

He died just after slavery was abolished

Wilberforce worked hard along with his fellow abolitionists and the trade of slaves was passed in the House of Commons and given royal assent in March 1807. The Slave Trade Act was the first step towards abolition of slavery in Britain in general. Wilberforce all but gave up public life in 1825, but he did not die until 29th July 1833. This was 3 days after major concessions were carried out in parliament to allow the total abolition of slavery.

If you want to read similar articles to 10 Facts About William Wilberforce, we recommend you visit our Culture & Society category.

What Are The Most Common Surnames In The World
Transcendentalism Beliefs
The Pros and Cons of Gun Control in the U.S
Where Does the Heart Shape Come From?
Most read
1.
What Does it Mean when you Dream your Partner Leaves you?
2.
How To Know Your Zodiac Sign
3.
How to Deal with an Angry Scorpio
4.
How to Deal with an Angry Virgo
5.
What Does Dreaming About Pigeons Mean?
6.
What does Showing Two Fingers Mean
7.
Dreaming About an Ex and Their New Partner
8.
What Are the Meanings of Dreaming of Water 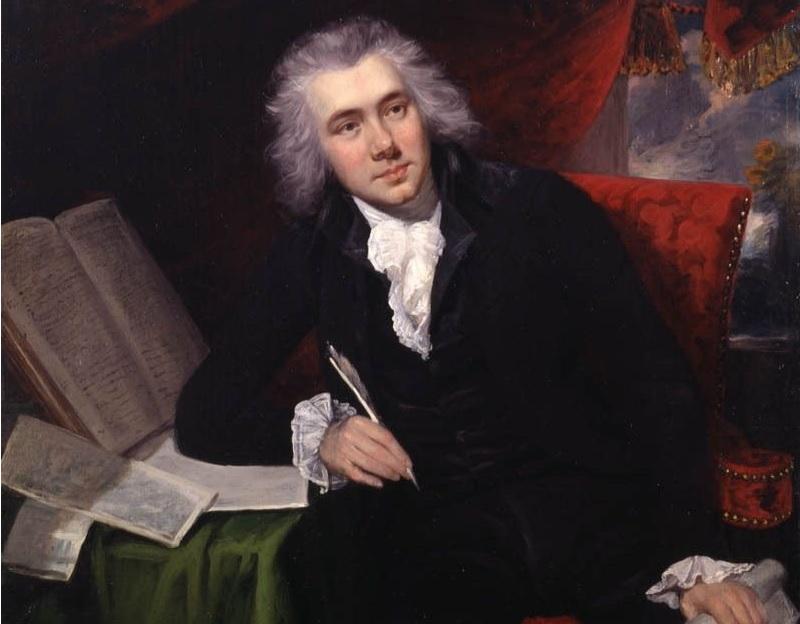 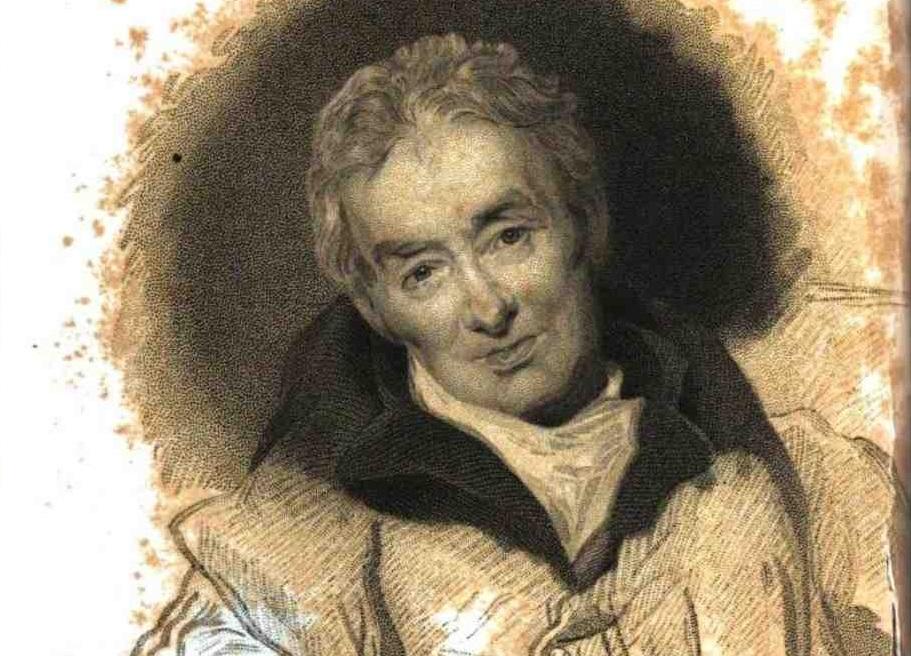 1 of 2
10 Facts About William Wilberforce
Back to top