How to Worship the Kamdhenu Cow 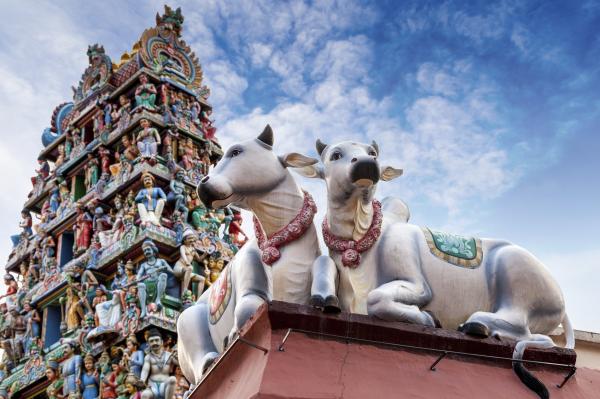 In Hinduism, cow is considered to be the most sacred symbol among all languages and cultures. They called it Gomata, which means the Mother Cow in Hindi. They also called it Kamdhenu, derived from ‘Kamaduha’ in Sanskrit, which means ‘the one who can fulfill all your desires’. Hindus worship cows as a divine wish-fulfilling deity. Hindus believe in many gods and worship them at home. In this OneHowTo.com article, we will share with you the significance of Kamdhenu Cow, and how to worship the Kamdhenu Cow in Hinduism.

You may also be interested in: How To Worship Shiva Lingam At Home
Contents

Usually, the Kamdhenu Cow is portrayed as the body of a cow with a human female head and breasts. Sometimes, it can also be shown as a white cow with images of several Gods and Goddesses on its body. Another presentation of a Kamdhenu Cow is that of a Zebu cow in white color. This version shows the crowned head of a woman, with a peacock’s tail and eagle wings.

Hindus regard the Kamdhenu Cow as the source of prosperity. Sometimes, it is also referred to as the Mother Earth, who herself is described as an enduring cow. The cow represents fertility, purity, selflessness, sacrifice and an ability to sustain life as well. Four legs of the cow symbolize four Vedas, and are considered to be extremely enduring and strong like mountains. Its horns symbolize the Brahma, Vishnu and Mahesh, and the Gods Moon and Sun reside in its eyes. The Gods of Fire and Wind stay on its shoulders. This is how the Kamdhenu Cow is believed to contain all the deities of Hinduism in itself. Sometimes, it is also recognized as an embodiment of Five Elements.

According to Vedas, Kamdhenu Cow is considered as a cosmos in which all Gods and Goddesses of Hinduism reside. Kamdhenu Cow is worshipped on Fridays to get blessings from Goddess Lakshmi, the Goddess of wealth.

Worshipping Kamdhenu Cow is also considered to be equal to worshiping the ancestors. That is why, Hindus feed auspicious cows on New Moon Day.

Almost every Hindu household worships the cow everyday, and take out the first roti of the day for the cow. There are many goshalas in India where people can send these rotis to feed the cows, or they can directly feed this roti to a street cow.

The most appropriate way to worship Kamdhenu Cow is to perform a Homa for her along with Goddess Lakshmi on a Friday. Friday is the day of Goddess Lakshmi, and this day is also ruled by Venus, the overlord of whom is Goddess Lakshmi. Worshiping this Goddess on a Friday helps in gaining blessings from Venus as well, which is known to bless you with all comforts and pleasures of life.

Worshipping the Kamdhenu Cow is considered to be helpful in alleviating any sins done by our ancestors. It is also said to be effective in wiping out any ancestral curse. You can perform this worship to overcome any losses in business or other financial matters. You can easily resolve any debts, and remove any problems that your enemies created for you.

If you want to read similar articles to How to Worship the Kamdhenu Cow, we recommend you visit our Culture & Society category.

Which God should Be Worshiped for Marriage?
What Is the Meaning of Ramadan
Is Buddhism Polytheistic Or Monotheistic?
What Is A Muslim Priest Called?
Most read
1.
What Does it Mean when you Dream your Partner Leaves you?
2.
Dreaming About an Ex and Their New Partner
3.
How To Deal With A Scorpio Man Ignoring You
4.
How To Know Your Zodiac Sign
5.
How to Deal with an Angry Virgo
6.
How to Deal with an Angry Scorpio
7.
Signs A Virgo Woman Is Falling For You
8.
What Does It Mean If You Dream About Someone Being Sick?

I have received a kamdhenu cow made of a iron . They told us to pray and keep water along side . Please i want to know how i should pray and significance of water. Also when i kept the full bowl of water , within 4 days it was half the bowl...
How to Worship the Kamdhenu Cow 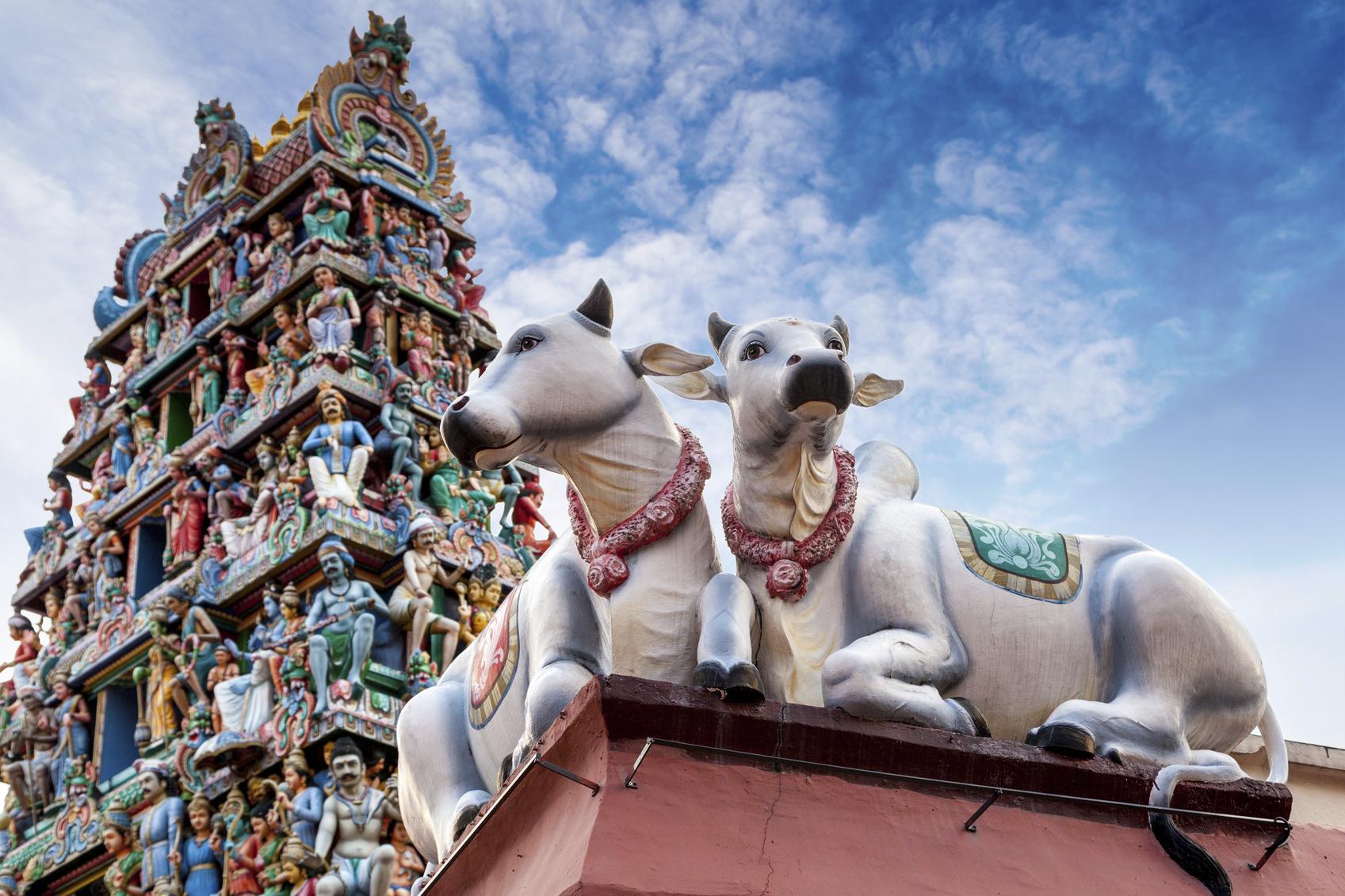 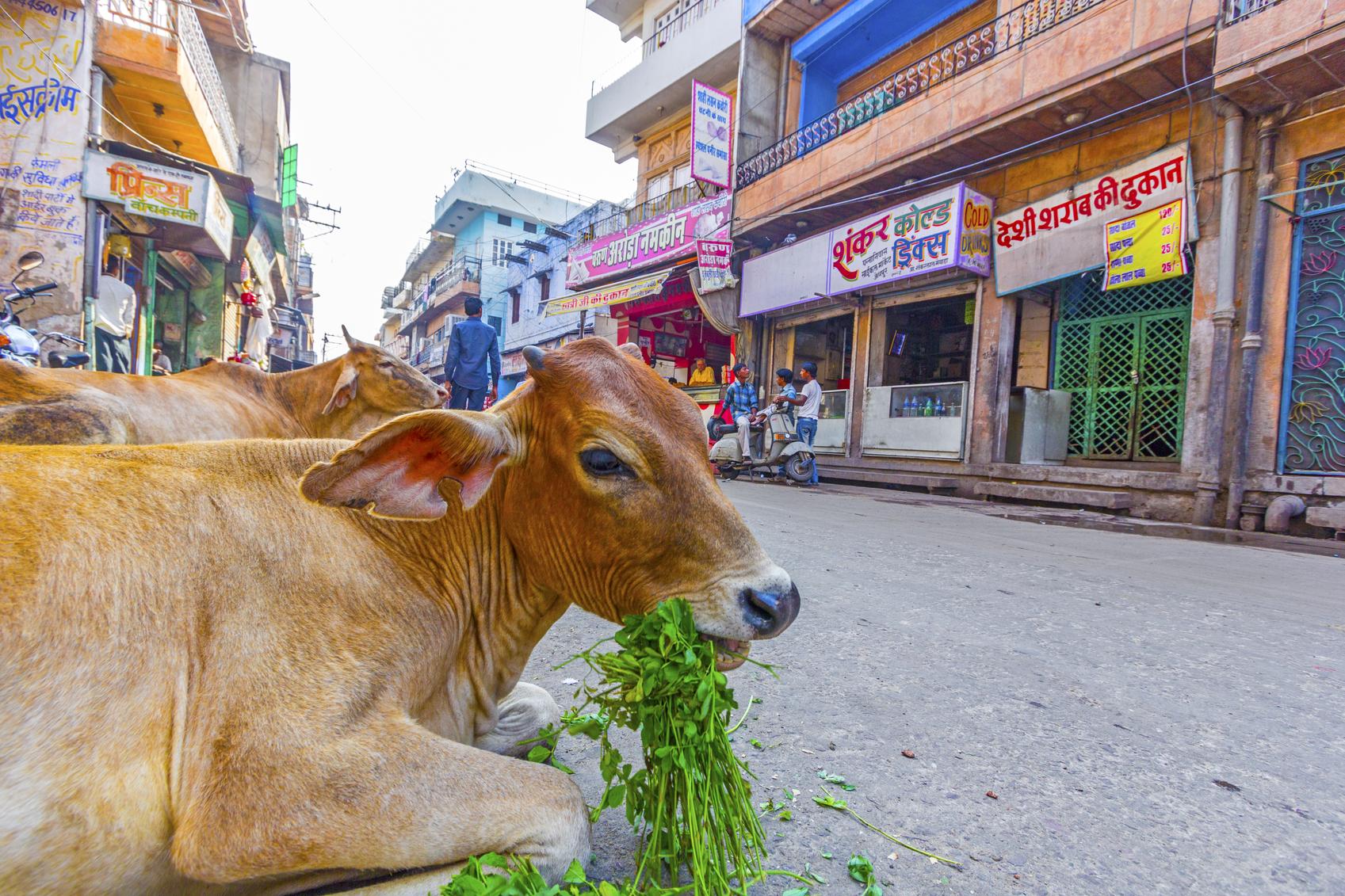