The Legend of the Green Children of Woolpit 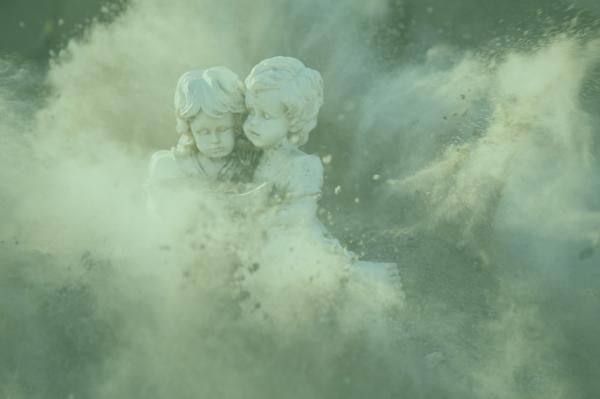 Folklore exists in all cultures, the tales of bygone eras being passed along until the boundary between truth and fiction is forever blurred. The tales are sometimes given written account, while others exist only in the stories passed down between generations. The term folklore was coined in England in the 19th century[1], a land abundant in tales as old as time. You may be more familiar with English classics like The Sword in the Stone or even more recent mysteries like The Beast of Bodmin Moor. However, you may not have heard of The Legend of the Green Children of Woolpit. It is a tale which some claim is absolute balderdash, whereas others can't shake the possible occult tinges of the story. Further still, some claim they could be earth's first visit by extra terrestrial beings. Let oneHOWTO help to separate the fact from fiction.

You may also be interested in: What Is The Difference Between Myth, Legend And Fable
Contents

The story of the Green Children of Woolpit

The basic story of The Green Children of Woolpit is one which is either endlessly fantastical or expectably mundane, depending on how you look at it. A lot also will depend on your own prejudices. Here we tell the basic story before detailing some of the many explanations which have been extrapolated from it.

As with many folk tales of yore, The Green Children of Woolpit begins with a group of people getting on with their everyday lives. That is, until this quotidian exisitance is interrupted by some sort of unforeseen event to shake their society. In this case it is a group of field workers harvesting their crops. Their interruption comes in the form of noises of children emanating from one of the wolf pits which surround the fields for protection. These pits trap the animals in a hole from which is it impossible to escape and where the village of Woolpit gets its name.

When the children are rescued, their skin is a noticeably green color and are in clothes made of an unrecognizable material. They spoke in a foreign tongue and were behaving in an odd fashion. They were taken to a local man's home. He was known as Richard de Calne and he attempted to look after them. However, while they looked wan and malnourished, the children refused to eat. This was until they were presented with some green beans which they ate wholeheartedly. In some versions of the story, they first tried to eat the inedible stalks without success.

After the children were rescued, they eventually lost the green hue of their skin. How long this took varies according to storyteller. In all versions, however, the boy dies soon after rescue. This left the girl to be brought up in the village. She eventually learned the language of Woolpit and was able to describe her version of where the green children of Woolpit originated. The girl claimed she came from a place called St. Martin's Land which was lush in flora despite no direct sunlight falling on the land, instead living in an eternal twilight.

She could not give much more information about her life before she and her brother were discovered in the wolf pit. This lent further mystery to the tale. One of the two main versions of the story was written down by Ralph of Coggeshall, an English chronicler and monk. He claimed that the girl was a handmaiden to Richard de Calne for some time, but that her demeanor was 'rather loose and wanton'[2]. Another version claims she was married at the nearby village of Lynne.

Once able to communicate properly, the no longer green girl spoke of from whence she came. It was not only a land of perpetual twilight, but it was in view of another land. The green children of Woolpit came to be in this land due to following a beautiful sound of pealing bells. With the town of Bury St. Edmund's nearby, Coggeshall believes it was their bells the children could here. They followed the sound into a cavern only to emerge on the other side and be overcome by the power of the never before experienced sun. It was in this state they fell into the wolf pit beofre being rescued.

Interpretations of the story of the Green Children of Woolpit

We said earlier there were many interpretations of this story, but much of it has to do with perceived wisdom of the time. It is easy to think that everyone was willing to believe almost anything during the time the story is set. This is reported by another historian, William of Newburgh, as during the rule of King Stephen of England, somewhere between 1092 CE and 1154 CE. However, while the men who wrote down the legend may have had faith in the supernatural, they were also historians. They would have wanted to tell the story as accurately as possible.

This desire for accuracy is why Newburgh explains that he was 'unable to comprehend, or unravel, by any powers of intellect'[2]what actually occurred. He does not make any claim other than his reportage of what he heard. This gives even more opportunity to fill in the blanks. Some of the interpretations include:

Of the course the last interpretation of the green children of Woolpit is that it never happened at all. While the most boring interpretation, but it is perhaps just as likely to be correct. It is claimed the two authors had interviewed different people in the town of Woolpit who support the claims[3]. However, even these could be dubious. For example, Richard de Calne might have been a local who wanted to talk up his involvement rather than the actual caretaker of the children.

Even some attempt to bring together sources of the tale and the fact these authors corroborate certain details implies something did happen. That they are actually spiritual creatures doesn't even parse well with the ending of the story. The fact the boy died also supports the view that the green children were probably ill and could even have been hallucinating.

Whatever happened, the tale still inspires wonder in the town of Woolpit and those who come to hear the story. What is to be learned from it, is up to personal interpretation.

If you want to read similar articles to The Legend of the Green Children of Woolpit, we recommend you visit our Culture & Society category.

What Were the Gods of the Aztecs?
Norse Mythology Gods and Goddesses List
The Atlantic Triangular Trade: Everything you Need to Know
How Did Buddha Die
Most read
1.
What Does it Mean when you Dream your Partner Leaves you?
2.
How To Know Your Zodiac Sign
3.
Dreaming About an Ex and Their New Partner
4.
How to Deal with an Angry Scorpio
5.
How to Deal with an Angry Virgo
6.
Signs A Virgo Woman Is Falling For You
7.
What does Showing Two Fingers Mean
8.
What Does Dreaming About Pigeons Mean?

The Legend of the Green Children of Woolpit 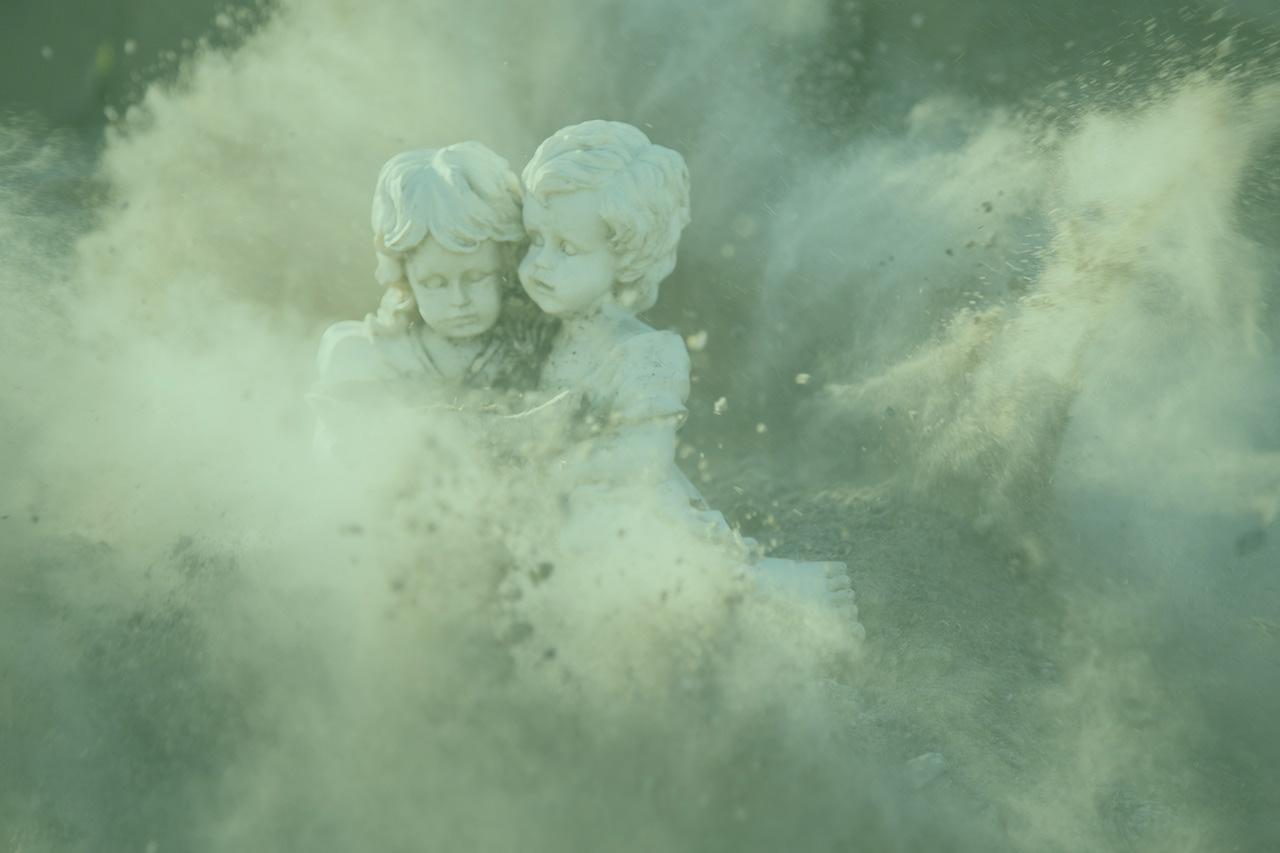 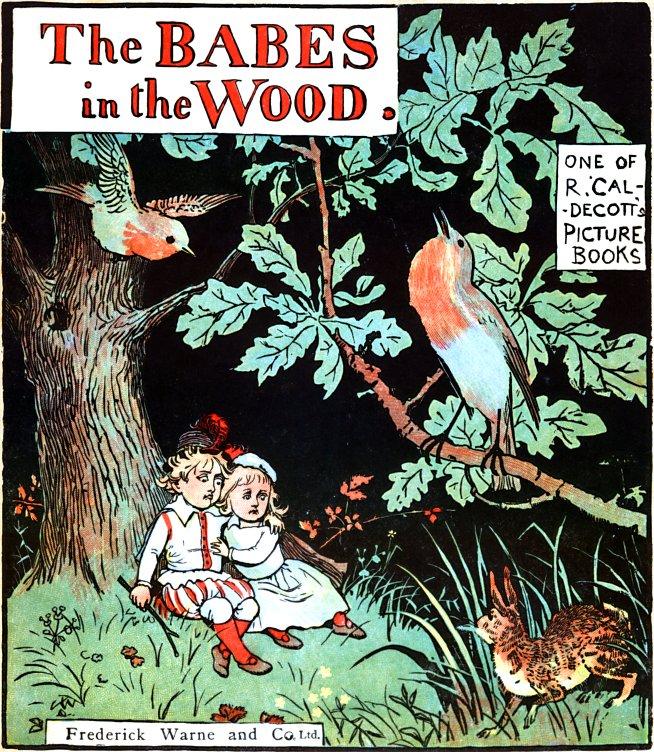 Image: awesomestories.com
1 of 2
The Legend of the Green Children of Woolpit
Back to top