What Does Holding Hands Mean to a Guy? 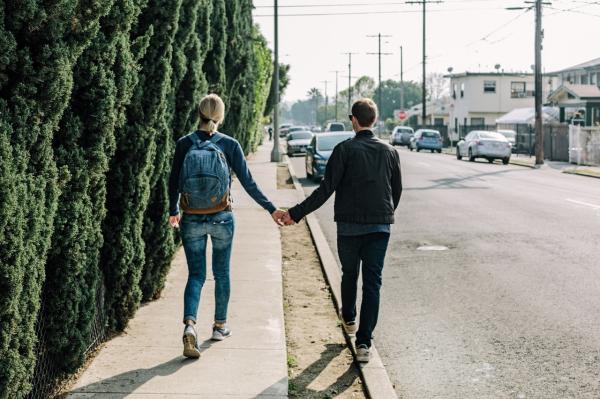 The simple answer is that holding hands depends on the guy. There are many factors involved in hand holding and an individual's comfort level will depend on them. These range from family upbringing and confidence to gender and cultural milieu, with much more in between. If you like a guy and they hold your hand, it might be a sign they like you back. Equally, if a guy doesn't hold your hand, it doesn't necessarily mean he isn't interested. It can be difficult to navigate these waters, but doing so might help you know if you a guy is worth pursuing or if you are wasting your time. oneHOWTO helps you do this by answering the question what does holding hands mean to a guy?

You may also be interested in: What Are The Most Loyal Signs Of The Zodiac

When we were kids, we were always told to pair up with a buddy when walking together. Holding hands was not only a practical way to stay together in groups, it was a way to make sure you held hands with the right person. Like who you sit next to on the school bus, holding hands has political meaning in certain groups. If kids want to be seen as cool, they might want to pair up with someone they like. Many kids might get into a strop if they have to hold hands with someone they don't deem suitable.

However, when we get older and reach puberty, holding hands takes on new meaning. Once our age starts playing havoc with our hormones, even the slightest touch with someone we are attracted to can appear significant. This can lead to stages of young love where hand holding is often one we have to work up courage just to attempt.

While hand holding can be innocuous when we're young and then take more meaning when we reach adolescence, it often reverts back to relative insignificance when we get older. This is particularly the case for those who are confident and comfortable in their bodies. When we reach old age, you often find older people will hold on to your hand just when they are talking to you. Perhaps a long life shows you the importance of connection and holding hands is a way to communicate this. There is even evidence, particularly with older people, that holding hands has "huge health benefits and [can] play an essential role in well-being"[1].

Many cultures see hand holding as a means of showing romantic affection. It is a form of body language which can communicate certain feelings non-verbally. However, these feelings are often ambiguous and can have many levels of meaning. If you see two people walking down the street, many cultures would encourage the assumption that they are a couple (if they are not obviously related).

In 2005, President George W. Bush was photographed holding hands with Saudi leader Prince Abdullah[2]. This caused confusion with many newsreaders as this public display of affection between world leaders was seen as having some sort of homosexual significance. However, in Saudi Arabia, hand holding is a common custom between people of the same sex to signify friendship. What makes this situation complicated is that homosexuality in Saudi Arabia is illegal and even punishable by death.

In countries where homosexuality is no longer illegal, there is still discrimination when it comes to guy's holding hands. Three in five gay man in the UK find it uncomfortable holding their partners hand in the street due to the threat of persecution[3]. This is slightly less with gay women, implying that it is more culturally acceptable for women to hold hands with each other than men.

These are all reasons why holding hands, perhaps particularly for a guy, can be significant. Let's take a look further why they might be doing this.

He is a friend

A guy who is comfortable in his body will often show more affection than those who are not. They will put their arm round your shoulder, touch your arm when they laugh and often hold your hand as a sign of affection. It doesn't mean they are romantically interested in you. People who are very affectionate are just more comfortable with this sort of contact.

The person's character is important in these situations. Due to the societal mores explained above, many men won't hold hands if they aren't romantically interested. They often follow more "traditional" or binary gender roles. Guys who are more comfortable in their bodies and their sexuality, whether gay, straight or whatever, are more likely to be happy to hold hands as a sign of friendship.

He is culturally used to it

Some cultures are just more open with their hand holding. It could be from a larger culture or simply from a family which is closer. Some men might see holding hands with their father as a type of intimacy which is too much. Many others will happily hold their father's hand as a sign of closeness. If you don't know the guy very well, you might need to get to know them a little better to see if this is a common cultural practice or if they are interested in you.

He needs some reassurance

If you have gone through a tough time, it is common for a loved one to hold your hand and help assure you things will be OK. In particularly devastating circumstances, sometimes there is little more someone can do than hold your hand and remind you they are there for you. You often squeeze their hand tight for reassurance. If a guy holds your hand and they are upset, it is likely they are looking for some support through a difficult time. This doesn't exclude there being a romantic impulse if a guy holds hands when upset, but it may complicate things.

He is being practical

This is one which you should be able to know pretty well, but can still be confusing. If you are on a hike or climbing over something, a guy might reach out his hand to help you across a stile in a fence. They might be tripping over some rocks and hold out their hand for balance. It is likely they are holding your hand for practical reasons. However, if you notice they still hold on to your hand when the land is smooth or if their body language gives off other signs, they might be looking for more than balance.

It might not just be reassurance that a guy wants to hold hands with you. They might not be very good at explaining themselves verbally, so will use hand holding as a way to reduce their awkwardness. Unfortunately, it also often increases awkwardness, especially if one or other has a feeling that there might be something more to the relationship.

If there is something more to the relationship, holding hands can be a particularly good way to show feelings. You don't need to make any sort of declaration, it's not as forward as making a move for a kiss and it's ambiguous. This ambiguity means it is a safer way for many people to show they have feelings for someone. By reaching over and holding a person's hand, they are showing that they like you. They are looking for some sort of connection. Unfortunately, because it is ambiguous, just because a guy holds your hand, doesn't mean they like you that way.

If a guy likes you, holding your hand will have a certain energy. If a guy holds your hand and tries to stroke your fingers or palm, this is a pretty good indicator they are interested in you. If there is nothing more than friendship, it should feel casual. Unfortunately, it can be quite difficult to tell. This is why if you want to know what does holding hands mean to a guy, you should just ask him about it. This way, you'll know directly if he is looking for a friendship or something more.

If you want to read similar articles to What Does Holding Hands Mean to a Guy?, we recommend you visit our Friendship category.

How to Avoid Someone You Dislike
How to know if someone loves you back
5 Unbearable Things Women Do
How to Show Love through daily Actions
Most read
1.
What Does it Mean when you Dream your Partner Leaves you?
2.
How To Know Your Zodiac Sign
3.
Dreaming About an Ex and Their New Partner
4.
How to Deal with an Angry Scorpio
5.
How to Deal with an Angry Virgo
6.
Signs A Virgo Woman Is Falling For You
7.
What does Showing Two Fingers Mean
8.
What Does Dreaming About Pigeons Mean? 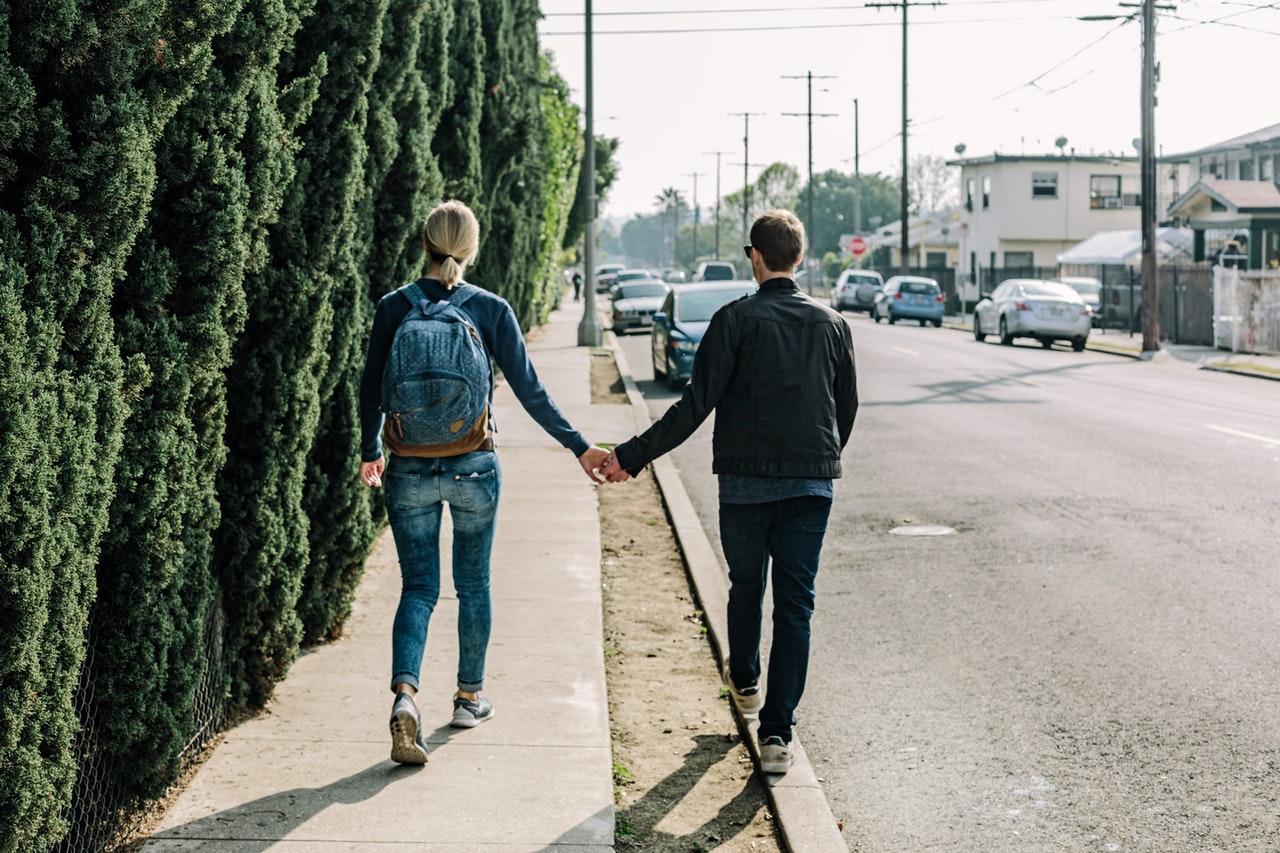 1 of 2
What Does Holding Hands Mean to a Guy?
Back to top